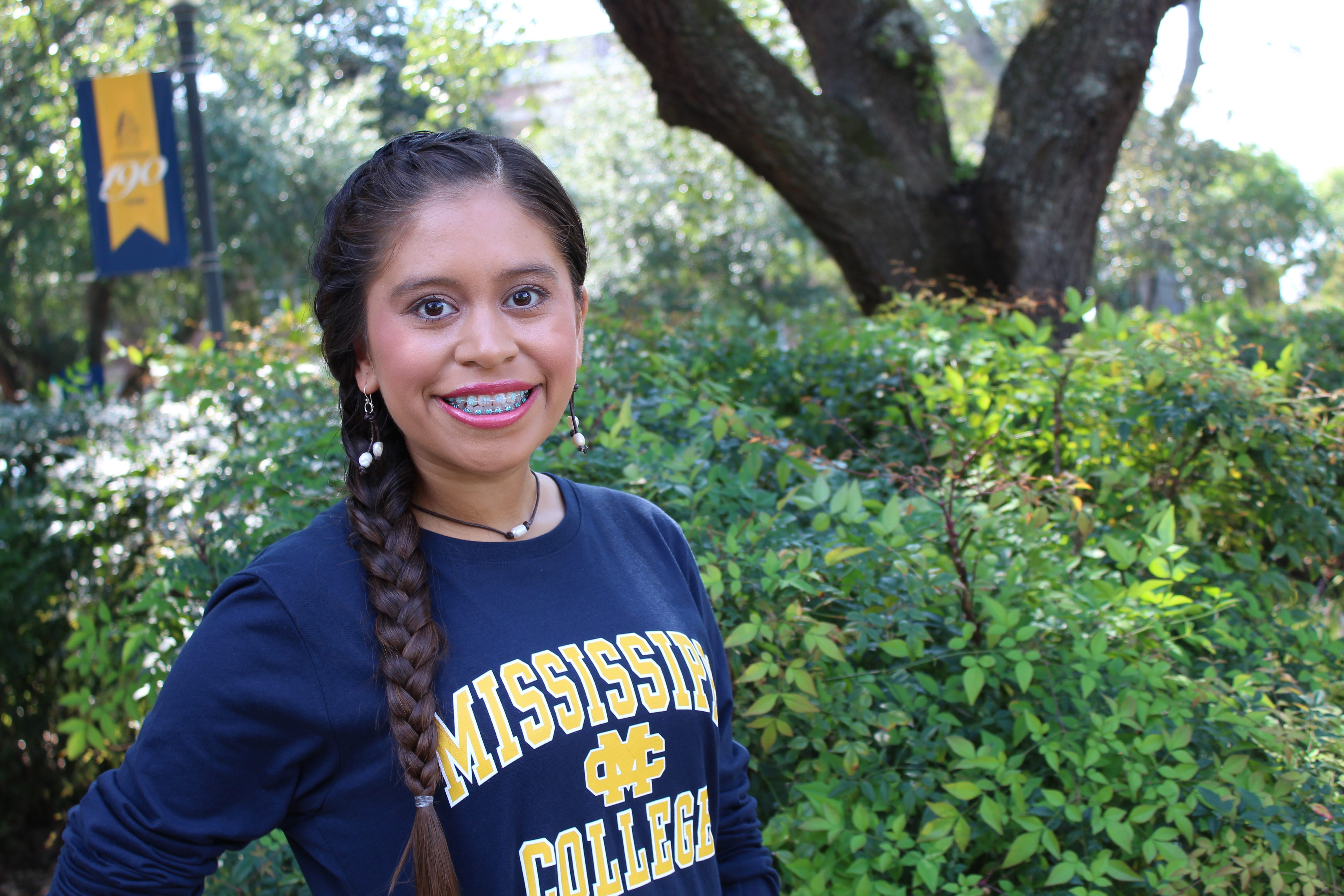 Coming at the Choctaw Indian Festival over the summer, the pageant honor marked one more major goal achievement for the energetic Mississippi College sophomore.

As princess, Kassie shares her vast knowledge of the history, culture, fashions, and hard work ethic of the tribe on an East Mississippi reservation near Philadelphia.

She’s one of five Choctaw Indians at a Christian university that’s utilized the nickname Choctaw since the early 1920s.

One of Kassie’s relatives is Mississippi Choctaws Indian Chief Phyliss Anderson. In 2011, the Red Water Community native became the first woman in the history of the tribe to hold the title. Kassie’s family members live all over the reservation, and she’s hoping some of her cousins become MC Choctaws.

Kassie is much more than a wonderful tribe ambassador as she talks up its successes – from stickball triumphs to its creative fashion scene. The 2017 Choctaw Indian Princess also excels in the classroom. The MC elementary education major seeks to become a dyslexia therapist and return to help her tribe.

Leaders at the School of Education believe the talented Mississippian will succeed.

“As a student with dyslexia, Kassie has overcome enormous obstacles in receiving her education,” says Shirley Tipton, academic coordinator at MC’s graduate program in dyslexia therapy. “She’s an outspoken advocate for children and adults who have been diagnosed with dyslexia.”

Dyslexia is a learning disability that’s neurobiological in origin. It is characterized by difficulties with accurate and fluent word recognition along with poor spelling. The disorder involves difficulties in learning to read or interpret words, letters or other symbols. An estimated 10 to 15 percent of the USA population suffers from dyslexia, but only about 5 percent receives help.

As a dyslexia advocate, Kassie knows how important it is to be properly evaluated and get the appropriate therapy, Tipton says. The 20-year-old MC sophomore takes her message on the road to conferences. She uses her position as the Choctaw Princess to raise awareness about the subject.

One of over a dozen women in her family to hold the title of Choctaw Indian Princess, Kassie Cox is a joy to be around, other educators say.

“She is a very sweet young lady who is passionate about preserving the culture of the Choctaw tribe,” School of Education Dean Cindy Melton says. “We are delighted to have her in Lowrey Hall as an education major.”

A 2017 Mississippi College graduate, Thomas Tubby is confident his cousin will go far in life. “Kassie is one of the nicest people you will ever meet.”

Working as a dyslexia therapist with the Choctaws tribe in a few years, Tubby says, “will be a great opportunity for her.”

A scholarship from the Choctaw Indians helped Kassie enroll at MC in August 2016 after finishing in the top three in her high school class. The versatile student likes to draw, paint, and run. In addition, she enjoys singing at her church, Global Vision.