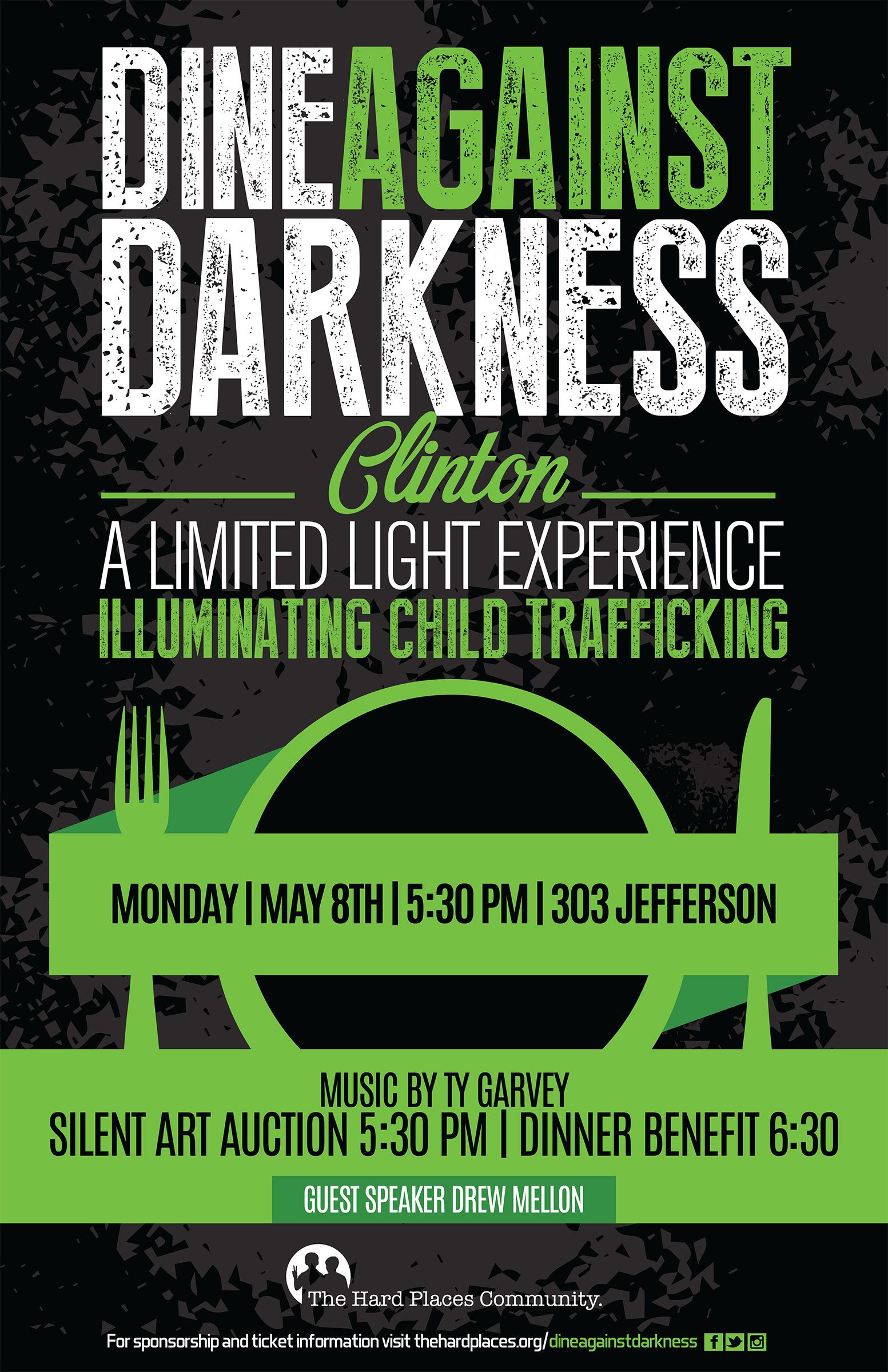 Dine Against Darkness Clinton is happening on May 8 in Olde Town Clinton.

Mississippians seeking to halt Cambodia’s horrific child sex trade are invited to a May 8 event in Clinton.

Shutting down the profitable business in the Indochina Peninsula in Southeast Asia could take years. Many moms continue to sell their children and some of the underage girls are as young as four years old. The business attracts child predators to Cambodia from around the globe.

Dine Against Darkness Clinton is the event inviting Mississippi residents to combat sex trafficking in Cambodia’s capital of Phnom Penh and other cities. The dinner and silent auction will benefit The Hard Places Community. It’s an international organization with leaders designed to build awareness about the child sex trade, and rescue abused kids exploited by sex traffickers.

The Monday evening event features music on Olde Towne Clinton’s Brick Streets followed by a gourmet dinner at the 303 Jefferson restaurant. Tickets begin at $50. The price for tickets is $450 for partnership sponsors and $650 for major sponsors. The silent auction begins at 5:30 p.m. with the dinner to follow an hour later.

Leaders of The Hard Places Community first got involved in 2009.

Two leaders of the organization are Clinton natives, Alli Mellon and Drew Mellon. They are a sister-brother team. Alli serves as the organization’s executive director and lives in Cambodia. A Jackson resident, Drew heads USA operations and leads fundraising activities. A Mississippi College graduate, he will speak to dinner guests about the cause.

“Dine Against Darkness is a valuable opportunity for the community to come together and truly do something for an effort bigger than ourselves,” McRae said. “We are reaching part of the world we may never see.”

At the dinner, guests will dine in complete darkness. It is meant to be a culinary experience that sheds light on a dire situation thousands of miles from home. Yet sex trafficking goes on in cities across America, including Mississippi and Louisiana.

Student volunteer Steven Channel of Vicksburg decided to get involved. “Clinton is a loving community that has a serving heart,” he said. The event, Channel said, can “bring more awareness of the tragedy that is happening in Cambodia.”

The Clinton event is hosted by four Mississippi College graduates, Carrie and Adam Wilson and John and Hannah Wallace. They are all Clinton residents.

"We want to raise awareness to the crisis of child trafficking in Cambodia specifically and are thankful to get be apart of spreading the gospel of Jesus Christ. We are absolutely thrilled so many people in Clinton are joining in with the cause," said Carrie Wilson.

A Mississippi College staff member, Hannah Wallace attended the Jackson Dine Against Darkness event last year. She and her husband, John, have been working with the Wilsons to bring the program to Clinton this year.

”When we heard that children in Cambodia who are the same age as our children, were being harmed and abused in mass numbers, we had to do something,” Hannah Wallace said.

For more information about ticket purchases and donations, go to http://thehardplaces.org/dine-against-darkness/