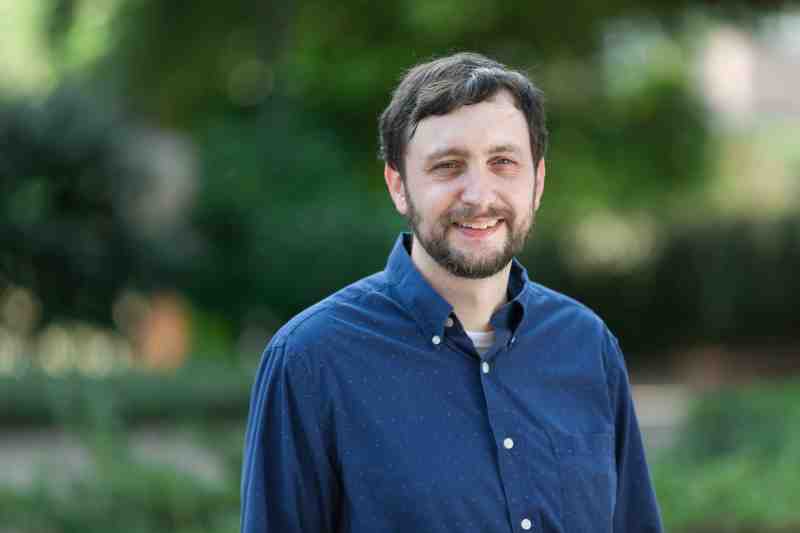 During seven years of frigid winters teaching in Alaska, Jason McNeely moved back South to work as a professor at the University of Louisiana-Lafayette.

After seeing lots of moose, even some hanging around his car, heavy snowfalls and brutal temperatures of -40 degrees, McNeely put the University of Alaska-Fairbanks in his rearview mirror. The past three years, he taught computer science classes to Ragin’ Cajuns at his alma mater.

In August, the Louisiana native made another big move as a new electrical engineering professor at Mississippi College.

“The Christian environment is one of the reasons I chose to come to MC,” McNeely said. “A type of institution that values and encourages faculty and students to integrate their faith and education is appealing.”

“I enjoy the challenge of making seemingly difficult material or ideas easier to understand,” he said. “I chose to work at MC because of the small class sizes, which provides opportunities for interactions and greater learning with students.”

A Clinton resident, McNeely received three degrees, including his doctorate in computer engineering at the University of Louisiana-Lafayette in 2010. The Luling, Louisiana native is a 1997 graduate of Hahnville High.

“We are thrilled that Dr. Neely has joined us at Mississippi College,” Maggio said. “His expertise complements our engineering faculty extremely well. I am highly confident in his ability to provide our students with an excellent educational experience.”

In September 2019, MC’s undergraduate program in electrical engineering reached a significant milestone by becoming accredited. Based in Baltimore, Maryland ABET is a nonprofit organization accrediting 4,005 programs at more than 793 colleges and universities in 32 countries. It shows that MC’s program “meets standards of quality, which makes its graduates more attractive to employers,” Maggio said.

Adding Jason McNeely to the faculty is another step forward for this growing program that marks its sixth year at Mississippi College.

Away from the campus, Jason and his wife, Tiffany, stay busy with two young children.

While he’s firmly rooted back in the South, McNeely will never forget life in Alaska – from reindeer to the winter chill. “There is much about Alaska that one would never experience here in the South – the Aurora, -40 degree temperatures, ice fog, diamond dust, light pillars and things breaking often due to the cold.”

The reward for a harsh winter, he said, “was always a great (but short) summer.” Fairbanks, Alaska temperatures during summer months climbed to the 60s and 70s. Sunlight lasted until late in the evening. It was possible for residents to mow the grass at 10 p.m. and still have plenty of light.

Thousands of miles away in Central Mississippi, Jason McNeely warmed up to new experiences as America’s second oldest Baptist college opened its 195th academic year. “I am pleased to work in a Christian based institution where it feels like everyone is part of a family.”