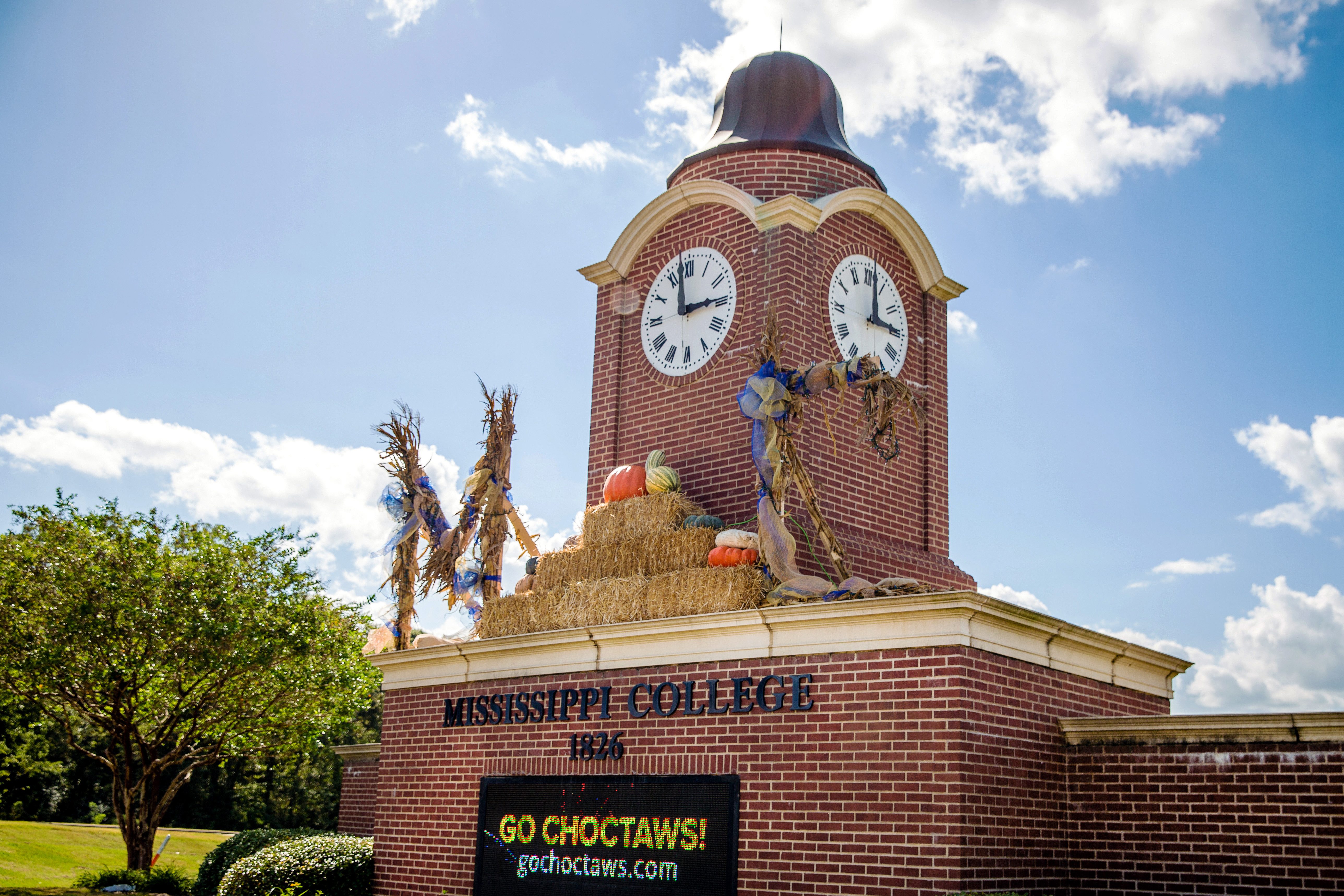 Clinton’s Fall decorations are always a fabulous way to make the city look really sharp. And the seasonal competition involving the city’s business community just gets better from one year to the next.

The envelopes, please, as Clinton Chamber of Commerce leaders announce the contest winners in early October.

There were 16 Clinton businesses signing up. The team of judges selected four applicants as the best of the best. It wasn’t an easy job.

Healthplex marketing director Josh Osborn is delighted to see the workout scarecrow win the honor for the second year in a row.

Josh is trying for a Baptist Healthplex three-peat as the 2018 Clinton Chamber of Commerce contest shapes up.

The Baptist Healthplex’s mighty scarecrow is a big hit with thousands of motorists as well as fitness club members. It will stay up as long as the nearby pumpkins stay fresh, and perhaps will inspire more people to join the club.

Osborn appreciates the “little things” that Clinton leaders do to make the Hinds County community of 26,000 people so great on so many levels.

Mississippi College received the Fabulous Facade Award for its creative decorations along U.S. 80. The MC clock tower and message board was spruced up with pumpkins and bales of hay. It’s popular with supporters of the Blue & Gold as MC’s 2017 Homecoming nears October 19-21.

Clinton Chamber of Commerce President-Elect Tracey Harrison thanked all 16 businesses for taking part. All four winners receive a sign to be planted in front of their decorations.

“This is such a beautiful time of the year, and adding seasonal decorations to Clinton’s businesses shows our community spirit,” said Harrison, Mississippi College’s public relations director. “And a little competition is always fun!”

The Fall for Clinton contest began a decade ago. Clinton chamber leaders seek to attract even more businesses next year.