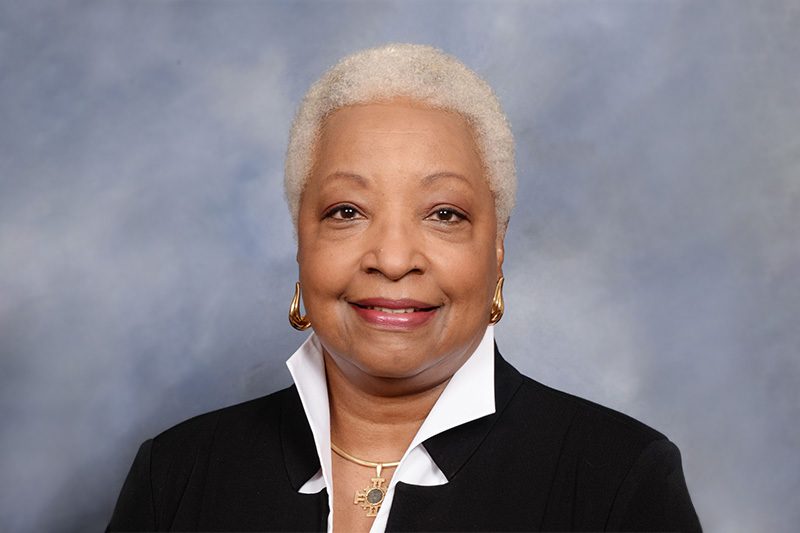 Dr. Patricia Bennett, dean of the Mississippi College School of Law since January 2018, has announced her retirement effective June 30, 2022.

When Dr. Patricia Bennett was initially considered to take the helm of the Mississippi College School of Law as interim dean in December 2016, she had all of the credentials to satisfy any search committee.

She possessed a well-rounded legal background steeped in success, having served as a Judge Advocate General Corps (JAGC) officer in the U.S. Army Reserve and Mississippi National Guard, special assistant attorney general with the Mississippi Attorney General’s Office, assistant district attorney for Hinds and Yazoo Counties, and assistant U.S. attorney in the U.S. Department of Justice.

She maintained an extraordinary grasp of the deeply intricate aspects of her profession, including litigation, criminal law, and procedure, which she had capably shared with her students as a member of the MC Law faculty since 1989. While teaching trial practice, mediation, advocacy, and criminal procedure, she was named the Christian University’s Distinguished Professor of the Year in 2014.

Most of all, she enjoyed the full respect of the legal community, the unqualified endorsement of Dr. Lee Royce, then-MC president, and the complete support of her colleagues on the MC Law faculty.

Only one tiny detail remained before she could be named interim dean: someone needed to inform Bennett that she was the candidate for the position.

“It was a surprise to me when I was named interim dean – I didn’t even know I was being considered,” said Bennett, a Forest native and Tougaloo College graduate who earned her J.D. at MC Law in 1979. “I am very proud of my relationship with my colleagues, and that they had recommended me for interim dean of the law school without any input from me or without even putting me on notice about it.

“I think that showed how well I worked with my colleagues for them to have made that recommendation. They saw something in me that I had never even considered.”

Bennett succeeded Wendy Scott, the first African-American dean in the history of MC Law. After Bennett had served as interim dean for a year, Mississippi College’s Board of Trustees unanimously voted to make her position permanent as of January 2018.

Now, having guided the school through some initial financial challenges, a successful American Bar Association accreditation, and the COVID-19 pandemic, Bennett has announced her retirement from MC Law effective June 30, 2022.

“MC Law has been blessed to have Dean Bennett’s thoughtful, confident leadership. She has been nothing short of an exemplary academic leader,” Thompson said. “Her many contributions to the school have enhanced the quality of the legal education being offered by Mississippi College.

“The support she has received from the MC Law faculty, staff, students, and alumni is indicative of how much she means to the school.”

Dean Emeritus Jim Rosenblatt said Bennett took on the leadership mantle of MC Law at a crucial period for the school.

“She successfully navigated an accreditation visit by the American Bar Association, raised the admissions standards, and with the support of Mississippi College, led us through the COVID-19 crisis with in-person classes when many other law schools were meeting virtually,” Rosenblatt said. “She has the respect of the legal community and is a well-known community figure.

“I join many others to express my appreciation and thanks for what she has done for MC Law.”

While Bennett was serving as a member of the MC Law faculty, the position of dean was not an office she necessarily aspired to fill. In fact, her sights were set on another leadership position – president of the 11,000-member Mississippi Bar Association.

She served as president-elect of that venerable organization from July 2017 to July 2018, then was sworn in as the association’s 113th president in August 2018 by former Chief Justice William Waller Jr. of the Mississippi Supreme Court. She completed a one-year term in office while simultaneously maintaining capable, effective leadership of MC Law.

It was, according to Rosenblatt, an unparalleled accomplishment.

“Leading the bar association while leading the law school – and leading both institutions well – is an incredible challenge,” Rosenblatt said. “When you’re president of the bar association, it’s not just a one-year commitment. As president-elect, you have a significant responsibility. It’s really a two-and-a-half-year stint.”

“With accreditation, there’s about an 18-month period when you’re preparing for the site visit, putting reports together, securing documentation, hosting the site visit and accepting follow-up inquiries as well,” said Rosenblatt. “They look at every aspect of the law school, so the dean has to coordinate all the different facets of the law school and ensure that they’re together.

“Everything was done appropriately and MC Law received continued approval by the ABA, which will continue for another 10 years.”

As dean, she concentrated on law school admissions, improving the school’s bar passage rate and enhancing career placement activities. She also proudly increased diversity and inclusion within the school.

“We have been able to increase diversity and inclusion initiatives in the community, in our engagement with the Bench and the Bar, and with our faith-based institutions and civic organizations,” she said. “It doesn’t just affect the law school – it’s broader than that. We’re often called upon to make recommendations for our faculty members to serve on committees or to be involved in the community.”

Perhaps her most significant achievement as dean, according to Rosenblatt, has been increasing the admissions standards for the law school.

“She was able to increase the standards that our entering students have to meet,” he said. “That translates to greater success by students in law school and on the bar exams.

“MC Law has an entering class that exceeds the budgeted number and has hired three new professors for this year. The law school was able to hold in-person classes when many other schools were only holding virtual classes. I think that’s a remarkable achievement.”

“By strengthening our guidelines for incoming students, we have been able to bring in new law students each year that are highly qualified and improve the profile of each incoming class of students,” Bennett said.

Of all her successes as MC Law’s leader, the ability to recruit and retain talented faculty has been the most satisfying, Bennett said.

“During my tenure, we hired about 15 tenured or tenure-track faculty members,” she said. “I’m very pleased about that, because that strengthened our academic program here, especially our legal writing program and our legal analysis and communications department.

“It’s very important for the law school to have full-time, in-house faculty members involved in the legal writing and research program.”

“Our students have a servant’s heart,” she said. “They truly believe in serving the community and volunteering. I have enjoyed working alongside them on community service projects.”

Bennett’s talent in forging relationships with MC Law faculty, staff, students, alumni, and the legal community led to a highlight of her administration: she had an instrumental role in bringing U.S. Supreme Court Chief Justice John Roberts to Jackson to judge a moot court competition between students from MC Law and the University of Mississippi Law School. But she said staying in touch with MC Law alumni has been one of the most enjoyable aspects of her tenure.

“Reconnecting with so many of the alumni I have taught in my years here as a professor was very good for me,” Bennett said. “To be able to get to know some of the alumni who I had not had a close connection with has been especially rewarding.”

She and her husband, Claude, a building contractor, live in Clinton and worship at Morning Star Baptist Church in Jackson. She credits her faith for helping her succeed despite the numerous challenges she encountered throughout her career in the legal profession.

“I believe I was here for a purpose and I have tried to live that purpose,” Bennett said. “I think it’s through my faith that I have been able to meet challenges and work through them. I think that’s why I took the position of interim dean of MC Law in the first place, because I believe you are always in the right place at the right time.

“Having been a caregiver for my parents, it was after my mother’s death in 2014 that this opportunity was presented to me. I could not have served as dean while caring for my parents. But still, I regret that they were not physically with me as I took this journey, though their spirit lives with me in every breath that I take. Serving as dean is not something I had planned to do, but I believe God orders our steps, regardless of what our plans are.

“That’s the life I live – telling myself to be still and wait on the Lord. I try to take a moment and pray for His perfect will, not to beg and plead for something else, but to be flexible, go with the flow, and find His perfect will for my life. There is no wrong in God’s perfect will.”

A Fellow of the ABA and a member of the Magnolia Bar Association, Bennett received the 2018 Lifetime Achievement Award from the Mississippi Women Lawyers Association. She has served as president of the Charles Clark Chapter of the American Inn of Court in Jackson and as a visiting professor in trial advocacy programs at Harvard University, Emory University, and the University of Arkansas at Little Rock.

She said as long as she has the opportunity to serve the legal community, she will remain an advocate of the school she has been a part of for more than 30 years.

“I have a love for MC Law,” Bennett said. “I think that it shows best at times when I’m speaking to others. People tend to tell me that when I’m talking about the things going on at MC, I have a lot of energy and I light up.

“I like to think that it’s true because I’m speaking from my heart when I’m talking about MC Law.”

While she may be leaving MC Law next year, she won’t be removing herself from her beloved profession entirely. In retirement, she plans to return to the role she treasures the most – helping others.

A search committee has been formed to seek her successor, who Bennett intends to counsel before leaving MC Law. In the meantime, she will continue striving to help move the school forward as one of the crown jewels of the legal profession in Mississippi.

“I plan to stay actively involved in the community and in the profession with the bar association as I have done in the past,” she said. “I will be supporting the law school in any way that I can.”