MC Alert: MC operations on the Clinton campus and at MC Law in Jackson will close at 3:30 p.m. on Tuesday, Nov. 29, in anticipation of severe weather. All classes at both the main campus and the law school beginning after 3:30 p.m. are canceled. Please monitor local conditions and stay weather aware.
Posted Wednesday, August 16, 2017 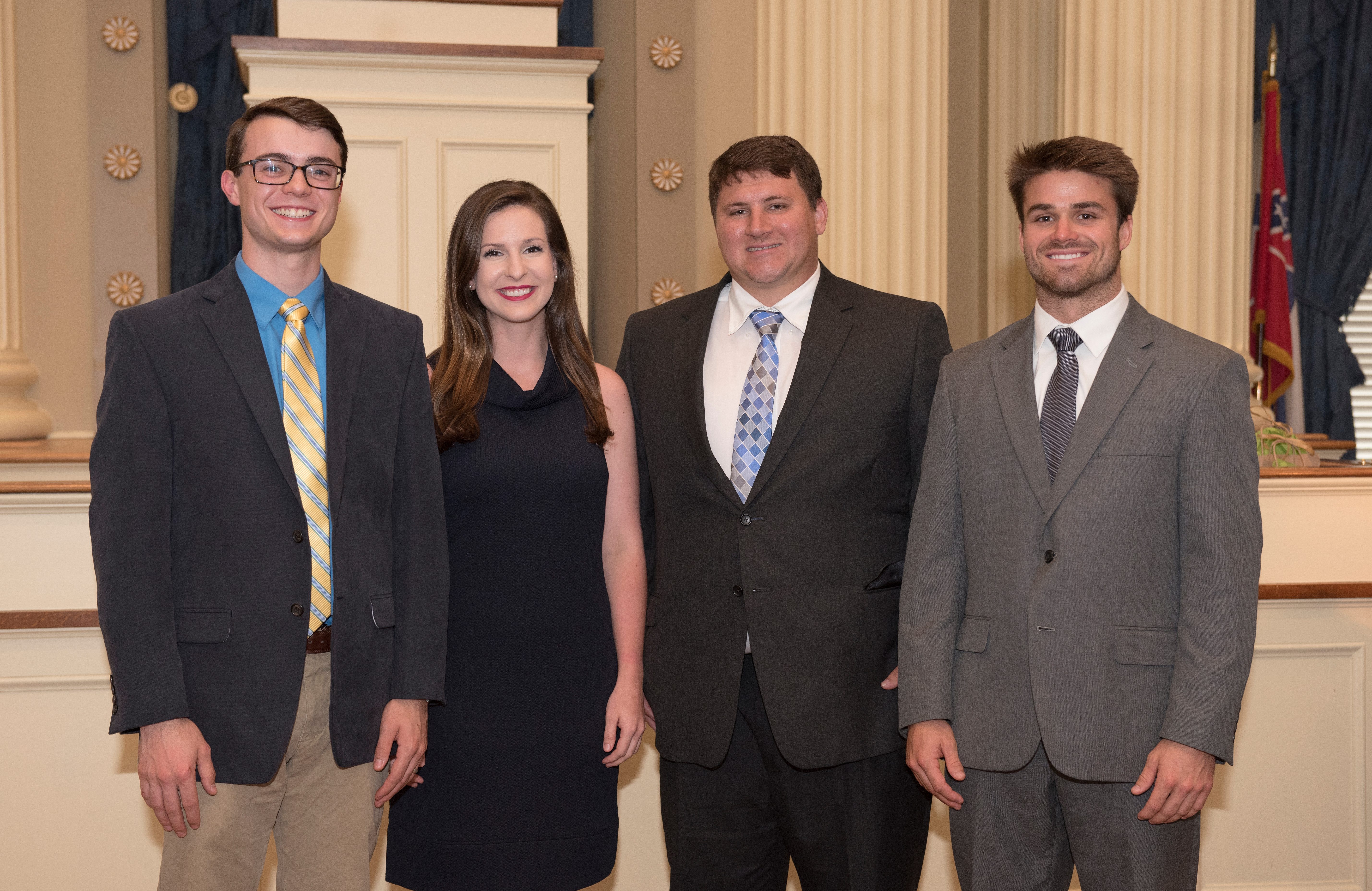 Weston Eldridge of Flora, Kaylie Bradshaw of Ellisville, Jonathan Hamilton of Louisville and Brycen Witcher of Ocean Springs are all recipients of $30,000 per-year awards.

The May 2017 MC graduates will receive the Mississippi Rural Physicians Scholarship as first-year students at the University of Mississippi School of Medicine.

Created by the state Legislature in 2007, the scholarships are designed to attract Mississippians into healthcare fields in rural areas to address physician shortages.

Upon completing medical school, the professionals must enter a residency program in primary care specialties such as family medicine, general internal medicine, obstetrics/gynecology or pediatrics.

Other benefits of being selected: the medical students will receive personalized mentoring from practicing rural physicians and academic support.

The scholarship totals $120,000 over four years of medical school.

Eldridge is the son of Valerie Reynolds of Flora and the late Ricky Eldridge. Bradshaw is the daughter of Michael and Kimberly Bradshaw of Ellisville. Hamilton is the son of Jimmy and Janice Hamilton of Louisville. Witcher is the son of Angela Cook of Ocean Springs and John Witcher of Flowood.

Students are thrilled to receive the scholarships and advance their medical careers.

Hamilton, 24, says he wanted to be a physician ever since he was a child. His career move was spurred by the family taking care of his mother, who's suffered with epilepsy since she was a little girl.
"I've seen her suffer episodes. It was scary," Hamilton said. He often accompanied his mother, Janice Hamilton, on trips to the doctor or the hospital.
A graduate of Mississippi College with a master's in biology-medical science, Hamilton is a 2015 alumnus of the University of Alabama-Birmingham.
"MC did a great job of preparing me by offering lots of classes I'm required to take in medical school."
The $120,000 scholarship comes in handy. "It's a huge scholarship. If I didn't get it, I would have taken out loans," Hamilton said. The 2011 Winston Academy graduate hopes to practice medicine in his hometown of Louisville, where three of the north Mississippi community's physicians are over the age of 60.
"I like the thought of becoming a small town doctor who knows her patients by name," says Bradshaw.
The 23-year-old medical school student grew up in a farm in Ellisville and she initially entered college wanting to pursue pharmacy school. Receiving a four-year medical scholarship "has been a tremendous help.''  Bradshaw earned her undergraduate degree at MC in biology/medical sciences.

The Mississippi Rural Physicians Scholars are required to serve in a clinic-based practice in a community of 20,000 or fewer people. The location must be more than 20 miles from a medically served area. The rural physician scholarship program is housed at the University of Mississippi Medical Center.