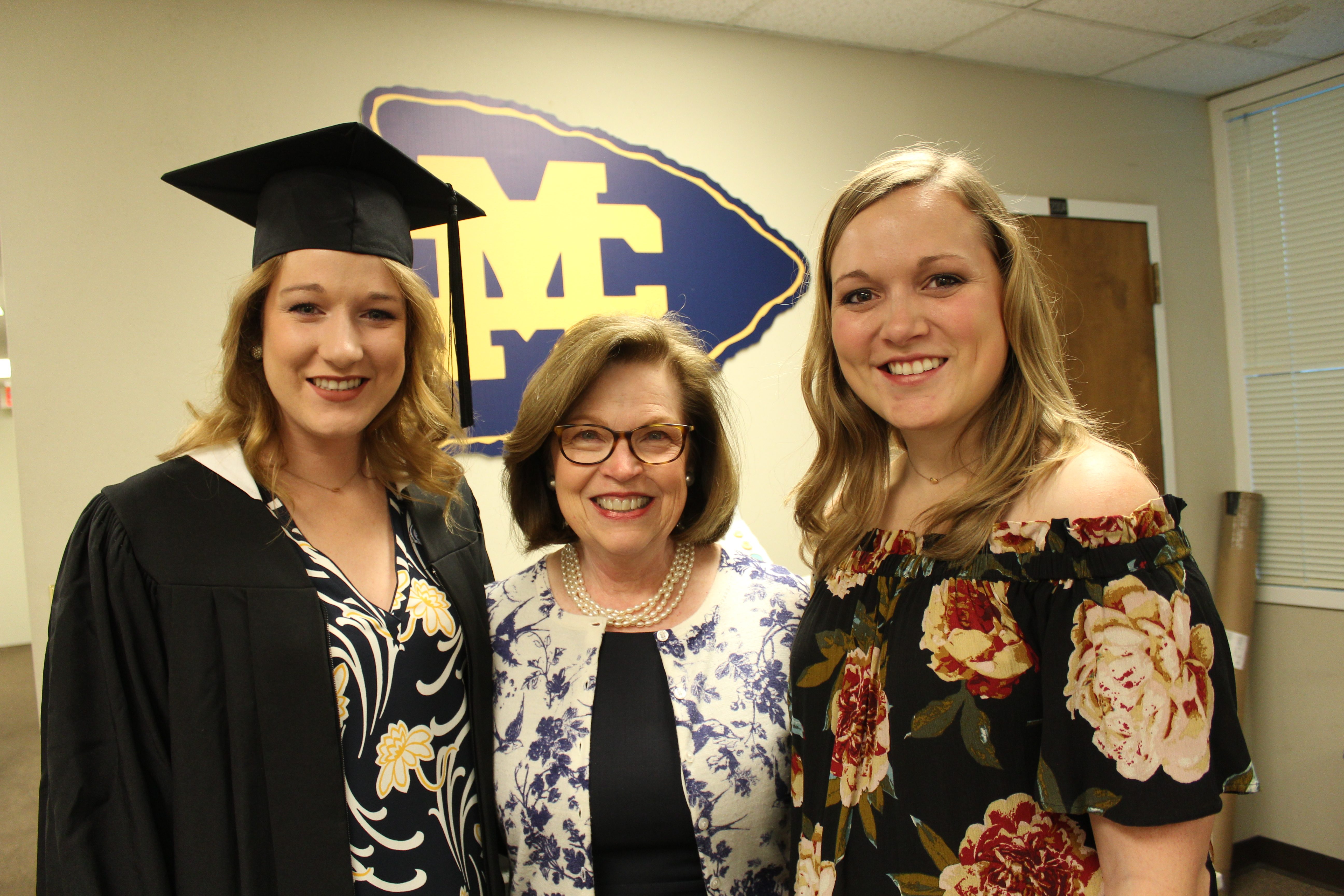 “You will end up where God placed you to be,” Wicker told hundreds of new graduates at MC’s Spring commencement on the Clinton campus.

Serving as the keynote speaker at May 5 ceremonies, the Tupelo native recalled the words on the plaque from her mother at her own Mississippi College graduation. “Bloom where you are planted,” was the message to Gayle Long Wicker at her alma mater 46 years ago.

The wife of U.S. Sen. Roger Wicker was recognized as a trailblazer in the institution’s history books. In 1971, Gayle was elected the first woman at MC to become Student Government Association president. Fast forward to 1996, and Mrs. Wicker became the first woman to serve on the Mississippi College Board of Trustees. MC was founded in 1826.

As a five-year-old, Gayle wanted to become a rancher and cowgirl. But the dreams of a young Mississippi girl changed dramatically. A speech major and debate team member as an undergraduate, she earned her master’s degree at MC in 1974.

A devoted grandmother, Gayle now serves as the Mississippi director of Vision to Learn. It’s a nonprofit organization providing free eye exams and eyeglasses to children from underserved communities. Mrs. Wicker is a former administrator of the University of Mississippi campus in Tupelo.

“Mississippi College is a small school that makes a big impact,” Gayle Wicker told the graduates. “You, too, can make an impact.”

That’s been the case for nearly two centuries for grads at America’s second oldest Baptist college. MC alumni, she noted, are serving in Congress, achieving fame in athletics, and discovering success in professions from law to healthcare, from education to business. They are also spreading the Gospel in churches across the USA and as missionaries around the world.

The new graduates include Annsley McRae of Tishomingo, the 2017-18 Student Government Association president. Annsley and her older sister, Mary, a former SGA president on the Clinton campus, enjoyed visiting with Gayle Wicker minutes prior to the ceremonies at the A.E. Wood Coliseum.

The graduation speaker certainly set the bar high and inspired women like Annsley and Mary to strive for key leadership positions at the 5,200-student university. Annsley McRae pursued her business degree while serving as an outstanding photographer at numerous MC Choctaws sporting events – from football to basketball to soccer.

In his final commencement on the Clinton campus, retiring President Lee Royce noted the new alumni will join more than 49,000 MC graduates spanning the globe.

At the School of Nursing commencement on May 4, new grads like Alex Hamilton, 21, of Brandon are anxious to make a difference in the healthcare field. The 2014 Brandon High graduate will go to work at Baptist Hospital in Jackson. “You can care for people at a low time in their lives,” Alex said when asked what sparked his interest in the profession.

“I’ve always taken care of people,” is what sparked new nursing graduate Lindsey Magee to pursue the profession. The Columbia, Mississippi resident will become a nurse at Baptist Hospital in the capital city.

The Mississippi College School of Law ceremonies on May 11 completes the Christian university’s Spring commencement schedule. President Royce will be awarded an honorary Doctor of Laws degree at the 10 a.m. program that Friday. At First Baptist Church Jackson, Dean Patricia Bennett joins the salute to Dr. Royce and 105 new MC Law graduates.