Gearing up for 2019 Summer Camp Season at Mississippi College 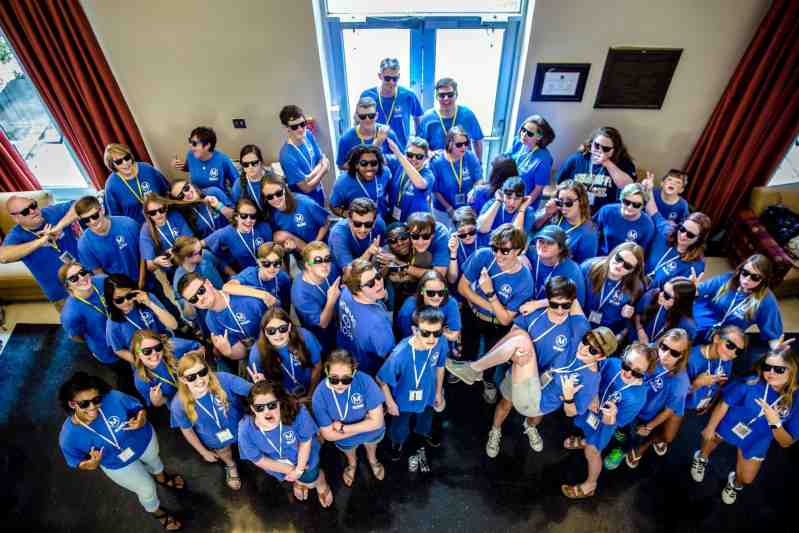 The 2019 summer camp season at MC should be as busy as a year ago. There were 5,078 campers booked for Super Summer, MFuge, cheerleading and other activities in 2018. Kids traveled to the Clinton campus to build their faith, attend sports camps and enhance their music skills.

Expect President Blake Thompson to stay on the go welcoming campers from the cafeteria to the Quad, says Ken Gilliam, the university’s director of continuing education. “It’s an exciting time to be involved with our camps at Mississippi College.”

In his 19th year overseeing MC’s summer camps, Gilliam points to many positives from the programs each season. Last year, there were 1,332 students and adult sponsors at summer camps contributing 24,405 hours of service, he noted. They helped more than 40 Christian ministries.

The summer 2019 schedule kicks off with the Lady Choctaws team shootout. The one-day basketball camp will be Saturday June 1.

One of the biggest sports camps of the summer happens June 4. That’s when about 300 high school football players invade the Clinton campus to work on their blocking, tackling and speed drills.

The $50 price for gridiron camp that Tuesday at Robinson-Hale Stadium is a good deal.

One of the other key dates is the Mississippi College summer music camp. It costs $500 for the week of instruction running from June 23 to June 28. Talented professors from the MC Department of Music serve as guest instructors for the residential camp.

The registration deadline will be June 15.

There are some new twists. “We are bringing back music technology, and adding a series of classes on 1980s pop music,” Knupp says. “We look forward to camp every year – we enjoy the students’ enthusiasm for music.”

The first sizeable group of campers will visit June 3 when vans, buses and cars pull into Clinton parking lots. Cheerleaders from Mississippi schools will make the journey that day. So will Fuge campers.

Often the campers come from communities across the South – from Texas and Oklahoma to North Carolina, Arkansas, Alabama, Tennessee, Florida, Georgia and Mississippi. Over the years, campers visited the Christian university from as far away as New Mexico, Kansas and Minnesota.

The final big event on the calendar will be the arrival of Super Summer camps supported by the Mississippi Baptist Convention and churches statewide. Their five days of camp ends July 19 to close out the season.

There were 1,300 Super Summer campers visiting MC in 2017 and about the same number a year ago.

Building their faith and leadership skills, campers travel to the Baptist-affiliated university with youth pastors and plenty of parents.

The teens are “some of the best and brightest spiritually,” Gilliam said. The MC guests return to their churches with life changing experiences and new friends.

Each year, the camps receive a boost from counselors and staff from Nashville-based LifeWay.