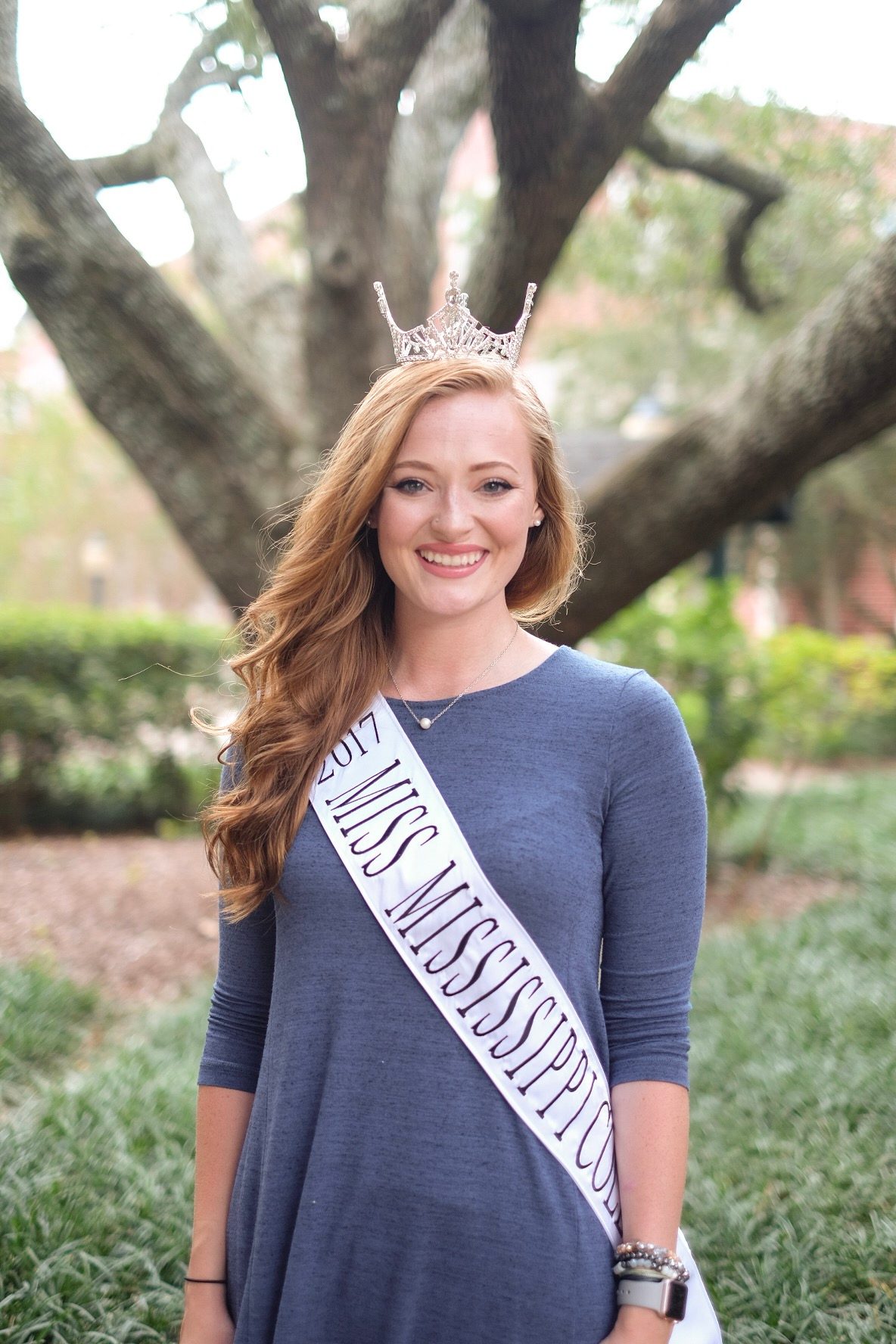 Jesse Bingham finished as the first runner-up at the 2017 Miss Mississippi College Pageant. But a door recently opened for her to wear the crown.

Proudly serving the next few months as the 2017 Miss MC, Jesse is delighted to be a university ambassador and take on other important campus duties. The 21-year-old inherits the title since pageant winner Lydia Myers transferred to the University of Mississippi.

Turn the clock back to the 2017 MC pageant on February 24 at Swor Auditorium. Lydia was thrilled as the judges called her name as the No. 1 contestant. It was a disappointment for the first runner-up who came so close on the Clinton campus.

“Being Miss MC was something that I had really worked hard for an honestly it was hard to see it slip away,” Bingham said as she reflected back on the scholarship pageant that winter evening.

Receiving an email asking her to serve as Miss MC until the 2018 pageant rolls around proved to be a pretty joyful moment for the public relations major. Words like disbelief come to mind at first. “I couldn’t believe it. It didn’t seem real,” Bingham said. “Suddenly all that I worked for last semester no longer felt wasted.”

The Terry, Mississippi resident gives the glory to God for making it happen.

“God had answered a prayer and a lost dream emerged once again,” Jesse said “I am so proud to be serving as this year’s 2017 Miss MC. I hope that I can serve with as much grace and dignity as women before me have.”

A Laurel resident, Myers transferred to Ole Miss in late August because her academic major wasn’t offered at MC.

Jesse will be featured along with other guests riding in the university’s 2017 Homecoming Parade on October 21. When major events occur like MC Choctaws football games at Robinson-Hale Stadium, fans should expect to see Bingham play a visible role.

Asked about her career aspirations, Jesse says, “People are my passion. That’s why I’m in the field that I’m in, because I love people.”

One of her dreams is to run a non-profit organization to meet needs in the community. “I’m not sure what that is quite yet, but I know that in time the Lord will reveal it to me.”

Jesse Bingham has served Mississippi College in other key roles lately such as a Welcome Week student leader. She’s got a passion for people, and the 192-year-old university, too. “I love MC because it has always felt like home to me.”

The MC pageant offers students the chance to earn scholarships. There is $2,500 awarded to the winner, $1,000 to the runner-up and $500 to the third-place finisher.

Each year, contestants say the pageant helps them grow as student leaders, offers challenges, and helps them build lasting friendships.