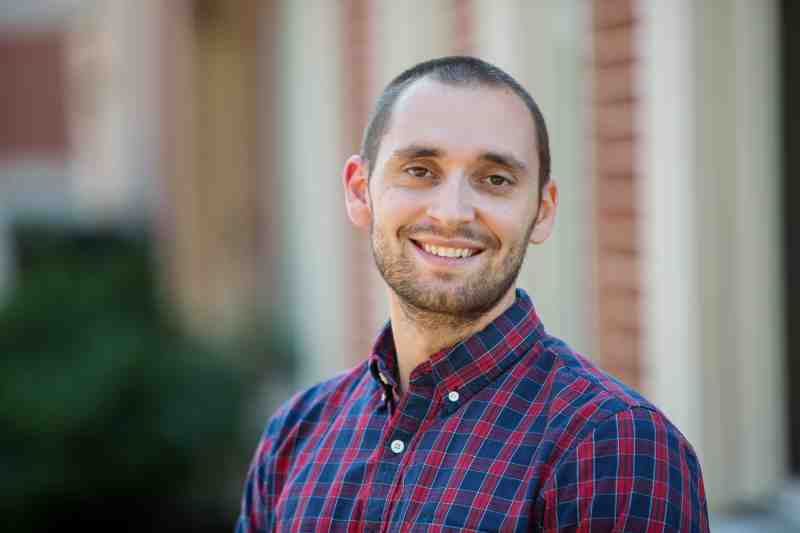 Well-respected by his colleagues, Randazzo received a new honor as Mississippi College’s Young Professor of the Year.

A kinesiology professor, the New Orleans native was elated to be selected for the award on the Clinton campus in early May. “It was an honor even to be considered for this award. I’m just so grateful God brought me to MC three years ago.”

Living in Clinton, just a half-mile from his work, Keith scoots to the Baptist-affiliated university each morning by riding his moped.

The 32-year-old Clintonian has plenty of admirers among faculty, staff and students.

“Dr. Randazzo has established himself as one of the most involved professors on our campus,” says Chris Washam, chair of the Kinesiology Department. “He has a gift for teaching and interacting with students, and a love for sharing his Christian faith.”

A Louisiana Tech graduate with a doctorate in kinesiology in 2016 at Louisiana State University, Randazzo brings creativity to the table. “He is constantly coming up with new ideas for how we can better our service to our students,” Washam said.

Keith excels as an educator in Mississippi College classrooms, but spreads his ideas beyond the academic scene in Clinton. He regularly gets invitations to speak at regional and national kinesiology conferences.

The Louisiana native advises students in Phi Epsilon Kappa, the national honor society for kinesiology. He serves as sponsor of the Decerto men’s club, and is a member of the Mississippi College student athlete advisory committee. Keith chairs the university’s Institutional Review Board. He’s provided programming to assist Pinelake Church Clinton sports camps the past two summers.

In the Big Easy, the Louisiana native collaborated with Urban Impact New Orleans. Organization members worked with kids in the city’s central area to create neighborhoods where they can safely ride bikes. For 26 years, the group teams with the Castle Rock Community Church to do awesome things in the lives of families through the power of the Gospel of Jesus Christ.

Family life is a big priority for Randazzo. His wife, Kassy, is a fashion and lifestyle blogger in the Jackson area. Her blog is called Kassy on Design. They are the parents of a daughter, Kate.

Faculty members believe Keith Randazzo is an excellent choice for the award.

“He is easily one of the most beloved professors in the department. Keith works tirelessly to push the envelope for our department and the university,” said kinesiology instructor Zack Vosen.

Kinesiology professor Scot Long agrees. “Dr. Randazzo is a fun person to work with, while at the same time being very motivated and hard-working.”

English professor Steve Price salutes Randazzo for his remarkable work this semester as the new Faculty Athletics Committee representative. “He makes quick and authentic connections with student-athletes. He’s concerned for their best interests.”

While Keith Randazzo cheers for the Louisiana Tech Bulldogs in Ruston and the LSU Tigers in Baton Rouge, he’s just as passionate about the MC Choctaws in Clinton.