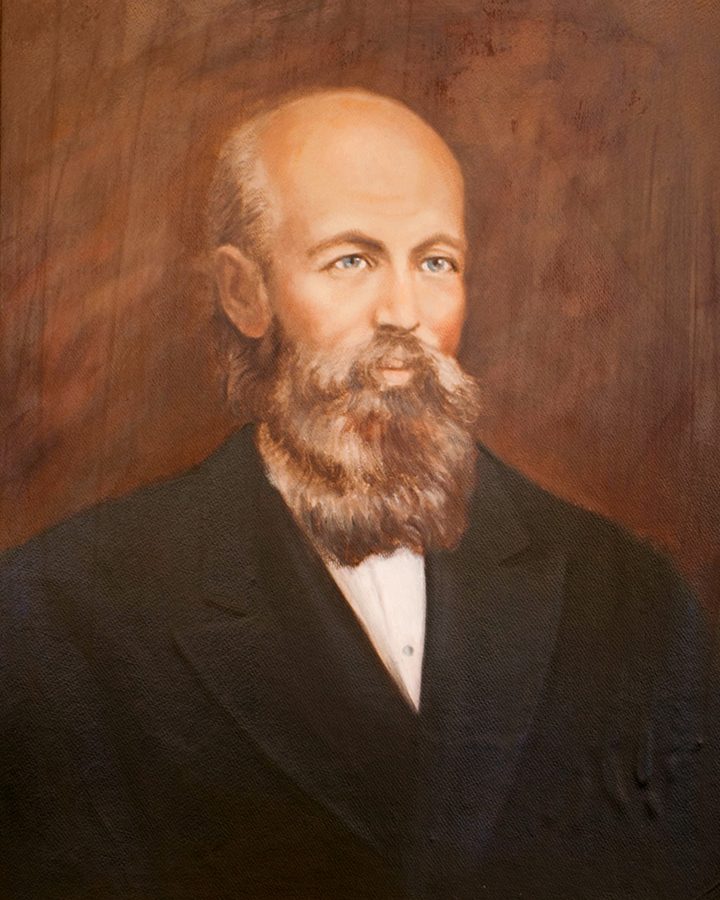 First serving as president of Mississippi College in 1867, Walter Hillman led a school with just two students and nine others in a prep program. That was the grim picture on the Clinton campus following the end of the Civil War.

Hillman served as MC president through 1873. He wore two hats as president of the Central Female Institute in Clinton from 1855 to 1887. The school later became all-female Hillman College and survived on its own until its merger with Mississippi College in 1942.

Leaders of the Christian university’s family and Clinton community seek to pay tribute to the many accomplishments of the “Conscience of Clinton.” His admirers will celebrate Walter Hillman’s life on April 20.

The event begins 10 a.m. at the Hillman Berry Lions Club Park on East Street. Activities will include a dramatic reading by former Mayor Walter Howell along with a performance by the “Clinton Voices” under the direction of James Anderson.

In addition, two markers will be unveiled at the scenic park, site of the former Hillman College. A repeat performance is set for 7 p.m. that Thursday evening at the Woods Center in Clinton.

In many ways, Walter Hillman remains a Clinton icon.

The Massachusetts native first arrived in the Central Mississippi town as an MC mathematics and astronomy professor in 1854. He proved to be a life-saver a few years later.

During the Civil War, Hillman saved many Clintonians from starvation by requesting rations from Northern Civil War General Sherman.

He did other noteworthy things to benefit the community. He helped ease racial tensions after African-American leader Charles Caldwell of Hinds County was assassinated on the streets of Clinton in 1875. Hillman agreed to take Caldwell’s place on the Board of Trustees for Sarah Dickey’s Mount Herman Seminary for black females.

Also giving a lift to their hometown, Hillman and Consider Parish organized a group of former slaves who established Pleasant Green Baptist Church. Hillman was referred to as the “Conscience of Clinton.”

Born in 1829 at Martha’s Vineyard in Massachusetts, Rev. Walter Hillman worked for pretty modest pay during his first year as MC president. His salary was $1,000 in 1867. And it was understood the Brown University graduate would continue to serve as president of the Central Female Institute.

The Central Baptist Association founded the institute after Mississippi College closed its female department in 1851. The school was renamed Hillman College in 1891. Rev. Hillman died in 1894. His wife, Adelia, passed away in 1902.

Hillman College prospered during the 1920s, including a women’s basketball team and several buildings located on campus. But America’s Great Depression caused college enrollment and finances to shrink dramatically. With World War II disrupting college life, the Hillman property was transferred to MC in the early 1940s.

For more information, go to www.clintonms.org/hillman or contact Marsha Barham, the Clinton Visitor Center director at 601-924-2221.