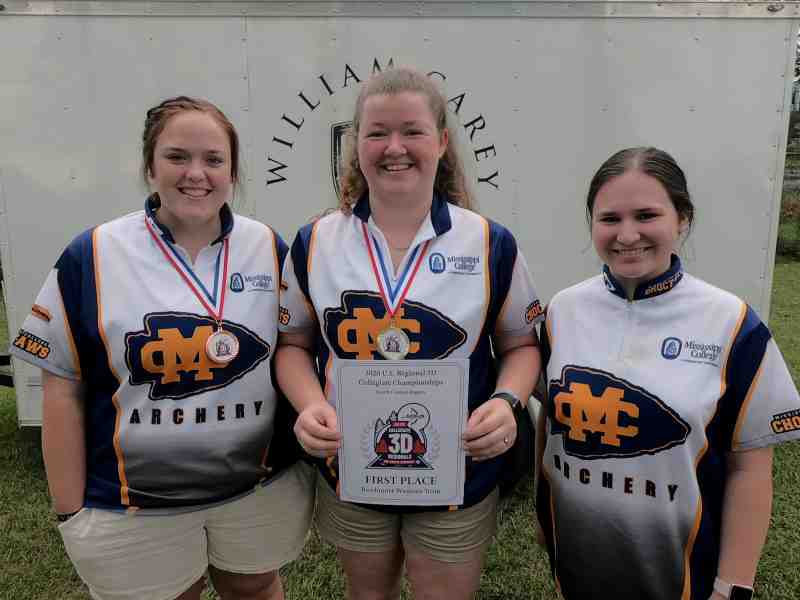 The September 18 tournament was held behind the Forrest County Multi-Purpose Center. The facility includes 20 target ranges plus practice areas.

MC senior Emily Hootsell is delighted with the team’s strong showing on the road that Saturday.

"We practiced hard, and it showed at this competition,” Hootsell said.

“The new range at Traceway is a great opportunity to practice closer to campus and to create relations with the Clinton community,” says Hootsell. “I am excited for the sport to grow for MC,” adds the biology major.

Sophomore Kathryn Freeman of Natchez is just as pumped about being a member of the archery team after their solid performance in Hattiesburg. “The competition this weekend was fun and overall exciting for everyone.”

For eight MC archers, the Hattiesburg event marked their first collegiate tournament. Across the USA, archery participation is seeing dramatic growth. Surveys show there were 23.8 million Americans taking part in archery and bowhunting in 2015.