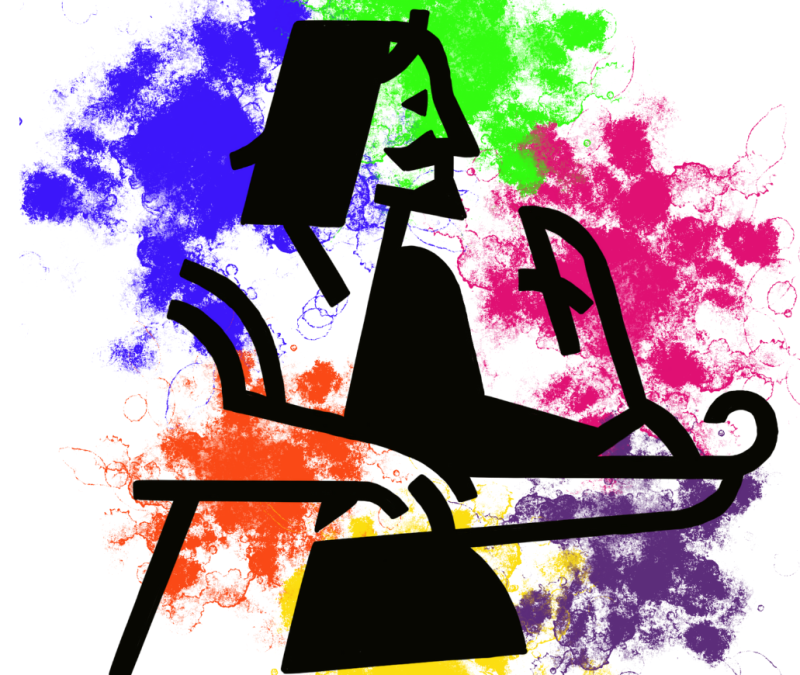 More than four centuries have passed since William Shakespeare published his famous sonnets, but the eternal verities the verses contain are as fresh today as they were when the Bard of Avon first put quill to paper.

Mississippi College and Clinton High School students will help bring some of the legendary English playwright’s most beloved sonnets to life – in a much more contemporary fashion – during their performance of “Will and Whimsy” by Alan Haehnel, produced by special arrangement with Theatrefolk, scheduled for 5:30 p.m. Thursday and Saturday, April 21 and 23, at the Lions Club Park Pavilion in Clinton.

The free performance is partly inspired by MC’s annual Shakespeare Festival, a local celebration of an author who many consider the greatest writer in the English language and the world’s greatest dramatist. This year’s festival is scheduled to include a morning of cake, punch, and poetry in the Jennings courtyard to celebrate the writer’s birthday, at a later date.

Shakespeare’s popularity among Clintonians will continue in May with a performance of “Romeo and Juliet” by the Clinton Brick Street Players on the streets of Olde Towne. Show dates for the tragedy of star-crossed lovers are Wednesday-Sunday, May 11-15.

“Will and Whimsy” represents an exciting first collaboration between the MC Communication Department and the Clinton Arrow Theatre, according to Dr. Phyllis W. Seawright, assistant professor of communication.

“We had been talking about it for several years, but since the high school semester runs longer than ours, we had never been able to get on the same schedule before,” Seawright said. “This performance will allow the high school students to interact with our college students and to hear and see what MC is all about.

“It’s always good when we can provide a way for potential students to get a feel for what makes Mississippi College so special. And more than that, it’s an opportunity to expand the community’s awareness of our programs.”

Sarah Hankins, Clinton Arrow theatre director and an adjunct instructor in MC’s Communication Department, will direct the joint production, which weaves a selection of eight Shakespearean sonnets read in their original language into modern scenes that dramatically illustrate the original text.

An admitted Shakespeare fan, Hankins said the production helps make the sonnets fun and accessible for audience members and the actors – an important asset in a production that features high school and collegiate talent performing together.

“The sonnets are short, and the scenes are in a vignette format, with no more than four characters in each scene,” Hankins said. “I am always looking for opportunities for my students to learn and grow – chances to develop their craft and create meaningful experiences. This performance is exactly that and more.

“I hope that the high school and college students will benefit from working with other people from all walks of life to achieve an end goal. This opportunity gives them a chance to become more well-rounded individuals who recognize that diversity and acceptance create meaningful bonds.”

“I became close friends with Cade and Lillian in Arrow Players, the school’s competition theatre troupe,” Sharp said. “I am beyond excited to do a scene with my two best friends. Cade and Lillian are immensely talented actors, and they make rehearsals so much fun.

“I am grateful for the opportunity to perform alongside both my high school and my college friends in this show. It is a ‘full-circle’ moment for me, and I am enjoying the different perspectives everyone brings.”

Jacob Parker, a freshman computer science major from Clinton and a CHS graduate, also was in Hankins’ high school theatre class last year. When he learned “Will and Whimsy” was about Shakespeare, he knew he had to participate.

“Shakespeare was an amazing writer who made multiple works that still live strong to this day,” said Parker, who will portray “Marlo” in Sonnet 76. “My hope is that this play will bring Shakespeare to a modern audience in an enjoyable fashion.”

While Sharp has experience performing at Lions Club Park, the unpredictable nature of the production’s outdoor setting can be a distraction for the actors.

“I can’t wait for the opportunity to perform at that venue again,” she said. “Performing outdoors has its challenges – the weather is unpredictable, and there are auditory disruptions beyond our control. It is difficult to avoid car and train noises, as well as the sounds of children playing in the park.

“However, I think this environment is good for the cast because we must improve our ability to project our voices so the audience can hear every line. I enjoy performing outdoors because we are bringing theatre to everyday people who might not be exposed to Shakespeare very often.”

Aside from Sharp, Campbell, Vincent, and Parker, “Will and Whimsy” cast members will include:

Shakespeare's work can be an acquired taste, but Seawright said the audience should enjoy the fast-paced arrangement of short, modern scenes designed as a “trunk show,” meaning most of the props and costumes for all of the sonnet scenes will be contained in a single trunk onstage.

“Since they are short scenes – the total run of the show will only be about 40 minutes – they keep the actors’ energy up,” Seawright said. “And since it’s an outdoor show, the audience should be more relaxed. Any outdoor show I’ve been to has had a participatory vibe, and this shouldn’t be any different.

“People are invited to bring their lawn chairs and snacks and enjoy this fun community gathering.”

She said “Will and Whimsy” reinforces Shakespeare’s popularity in the modern world, no matter how long ago his plays and poetry may have been written.

“Shakespeare is timeless,” she said. “His work still speaks to us. People really don’t change. They still need friendship, they need love, and a sense of worth. And when push comes to shove, there’s a battle between your better Angels and your worse nature.

“It’s all about what you want and whether you’re going to get it and what you do if you don’t. Shakespeare was writing about basic human instincts, and that’s what audiences identify with – the human condition.”

Hankins said she hopes the performances will be the first of many onstage collaborations between students at MC and CHS.

“Mississippi College and the Clinton Public School District have always had a wonderful working relationship,” she said. “I am honored and humbled to be a part of that longstanding tradition. I hope that this will create another sustainable bridge between our two schools.

“As for Arrow Players performing with MC performers, it feels like the circle is finally coming back around.”

Donations to support the fine arts programs at MC and CHS will be accepted at each ‘Will and Whimsy” production. In the event of inclement weather, the performance will be relocated to the CHS theatre classroom. For more information, email Seawright at seawrigh@mc.edu or Hankins at clintonarrowthe@gmail.com.