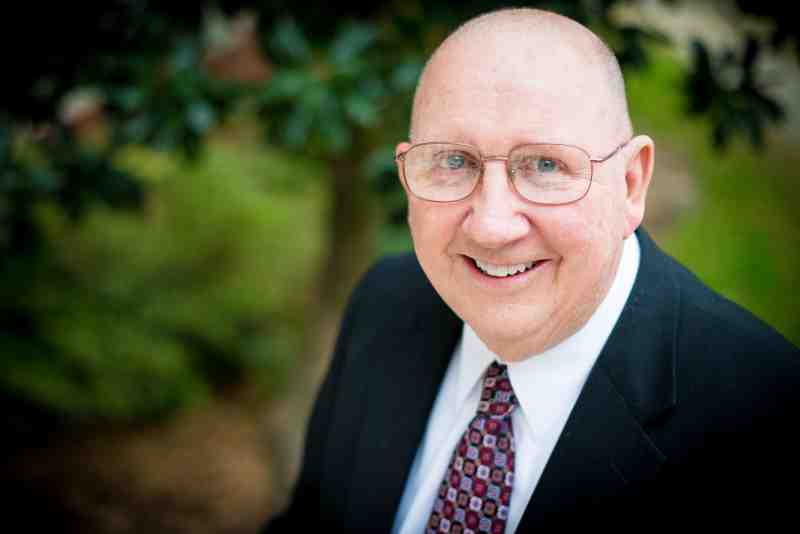 The selection of Roberts as the recipient of the Christian university’s first distinguished service award at the 2020 Homecoming is well-deserved, colleagues say.

The former School of Business dean, who once served as the MC interim president, Roberts has been a beloved member of the university family for generations.

The award “celebrates people who have done tremendous service to the institution,” says administrator Jim Turcotte. “He’s given most of his life to service to Mississippi College.”

There were outstanding candidates considered. But the name of Bo Roberts kept rising to the top, says Turcotte, vice president for enrollment services and executive director of alumni affairs.

Due to the COVID-19 pandemic, major awards for the 2020 MC Homecoming will be celebrated virtually this fall. Recipients will be honored at the 2021 Homecoming awards dinner next October.

His nearly 39 years at MC, Roberts said, “have been the best of my life. During those years, I became part of a wonderful family of Godly people who loved their neighbors as themselves and exhibited that love through the caring they demonstrated to their students and fellow workers every day.”

During that time, Roberts said he “found my wonderful wife, Rowland, (my life partner) and found within me a peace and purpose like never before. I thank God every day for Mississippi College.”

The Clinton resident says he’s humbled by the award and thanks the people selecting him.

At age 76, Lloyd Roberts isn’t ready to retire. “I hope to serve this wonderful place as long as God gives me the wherewithal to continue.”

He’s served as the MC Foundation Board Treasurer. In addition, he’s assisted the university’s Advancement Office with special projects.

Associate Provost Debbie Norris has known Dr. Roberts since arriving in 1984. “He has been a role model for me. He exudes Christian caring to his students. I have seen him work with many students helping them make a career plan and facilitating that plan with them. He is an excellent teacher.”

Dr. Roberts is known as a hard worker who will always go the extra mile. “His energy level is only surpassed by his passion for helping others,” says Dr. Norris, the Graduate School Dean. “He is the person who came to me and asked that I consider being a college administrator.”

Accounting professor Billy Morehead cannot imagine the service award going to anybody else. “He is the epitome of the model of service.”

Bo Roberts is the son of a Moss Point mayor. A University of Mississippi graduate, Roberts left his job operating a business in Little Rock, Arkansas, after running into an old friend at a football game. His friend was the MC School of Business dean and invited him to interview for a teaching job. Roberts accepted the offer and the rest is history.

Business Dean Marcelo Eduardo is one of many admirers. “He has had a significant impact on so many students through the years. His leadership and vision for the School of Business and really for the institution as a whole have made Mississippi College a better place.”

Growing up on the Mississippi Gulf Coast,  Dr. Roberts is a 1962 graduate of Moss Point High School.