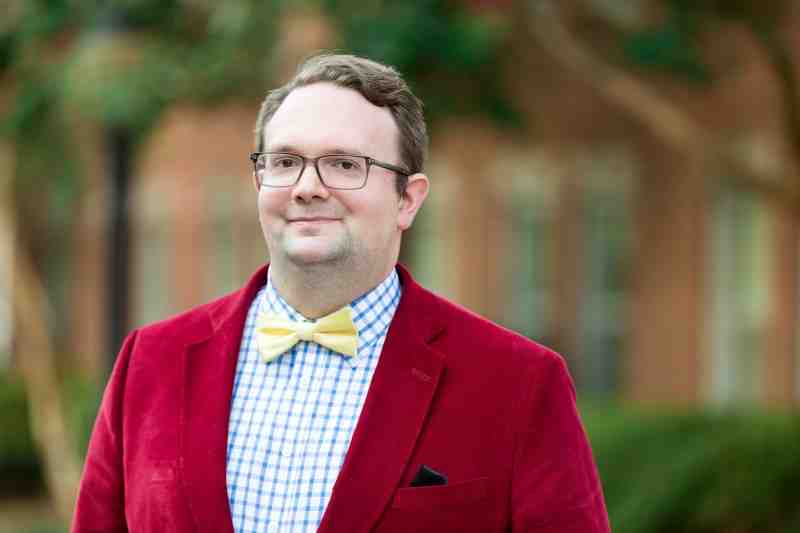 The online exhibit by Robert Burgess, MC serials and instruction librarian, invites participants to explore the life of the "Forgotten Wesley."

Students, historians, theologians and members of the lay public interested in learning more about noted 18th century Methodist clergyman Charles Wesley can immerse themselves in the accomplishments of the world’s most prolific hymn writer online, thanks to the painstaking work of a Mississippi College librarian.

“The Life and Ministry of Charles Wesley,” an online exhibit written and curated by Robert Burgess, MC serials and instruction librarian, for the American Theological Library Association’s Digital Library, offers an interactive perspective on the life and ministry of Wesley. The exhibit highlights his family and hymns for the purpose of informing his significance to the early Methodist movement.

Often referred to as the “Forgotten Wesley” because of his brother John’s significant role as the founder of Methodism, Charles made substantial contributions to the Christendom as well. Born and raised in England, the brothers both served as missionaries to the colony of Georgia; John as a chaplain, and Charles as secretary to Gov. James Oglethorpe.

The brothers later returned to England, and while John’s evangelical efforts would lead him to be described as “the best-loved man in England,” Charles would eventually become known for writing the lyrics to approximately 6,500 hymns, including “Hark! The Herald Angels Sing,” “Soldiers of Christ, Arise,” and “Christ the Lord Is Risen Today.”

Burgess, who has a background in theology and is working on a doctorate of educational ministry, was very familiar with the Wesleys and, when the ATLA approached him about creating an online exhibit, selected Charles Wesley as its focus.

“I had been involved in ATLA for some time,” Burgess said. “A few years ago, ATLA decided to create a digital library, a place where they could put material online as a resource for people to view different collections. I combined different items together to craft a narrative about Charles Wesley.

“I felt there was a lot of material about him, letters he wrote to family members and they wrote to him, early books of the Methodist movement and other items published online in digital archives, that would contribute well to the collection.”

The exhibit allows users to follow Wesley’s journey, explore different periods of his life and understand how his experiences shaped his beliefs. It includes sections on his early life and family, his ministry in Georgia, his hymns and poems, his relationship with John, his own family, and his death and legacy.

“I’m not a Methodist - I’m a Baptist - but I can appreciate Charles Wesley’s contributions to his faith,” Burgess said. “Not only did I do a fair amount of research for the exhibit, I found he was someone who definitely wrestled with his own salvation and call, he was someone who experienced strong emotions, he was someone who went through a lot of hurt throughout his life.

“This was an opportunity to examine his faith and why he believed what he did.”

ATLA’s stated mission is to foster the study of theology and religion by enhancing the development of theological and religious studies libraries and librarianship. Burgess’ exhibit is one of three that visitors to the organization’s website can explore.

They can also access curated collections “Wish You Were Here . . .” that details postcards and photographs from the spaces of sacred places, and “Look Back in Anger: Anger, Religion, and Morality through the Ages,” that focuses on the depiction and moralizing of anger in Western Christian culture from the medieval period to the 21st century.

Burgess said the Wesley exhibit is designed to be accessible to anyone interested in theological studies.

“It was a fun project to work on,” he said. “It’s definitely been a really educational experience. It’s given me an idea about just how passionate he was about his faith.

“The words he wrote, we still sing today. They go beyond the Methodist church – they’re sung by several denominations across the world.”

Burgess received his B.S. and his M.L.I.S. from the University of Alabama, Tuscaloosa, and his M.T.S. from Southwestern Baptist Theological Seminary, Fort Worth, Texas. He has a rich background in social media, student outreach and online learning tools.

In only his second year at MC, Burgess has taken the position of electronic resources librarian to a new level, according to Claudia Conklin, library director of the Leland Speed Library.

“Robert is a talented librarian, and it’s obvious he enjoys his work,” Conklin said. “Shortly after he began working with us, he launched a chat reference service, and Speed Library’s media presence via Facebook, Twitter, and Instagram has seen much more traffic, thanks to Robert’s efforts.

“During spring term last year, he created a March Madness social media event to get students thinking about their favorite books. Everyone enjoyed it, and we will continue to make it part of our library promotions. Robert also volunteers during MC campus events like MC Marketplace and Move-in Day. He is active in several professional organizations that make scholarship and Christian faith a priority.”

For more information about the ATLA exhibits, click here.