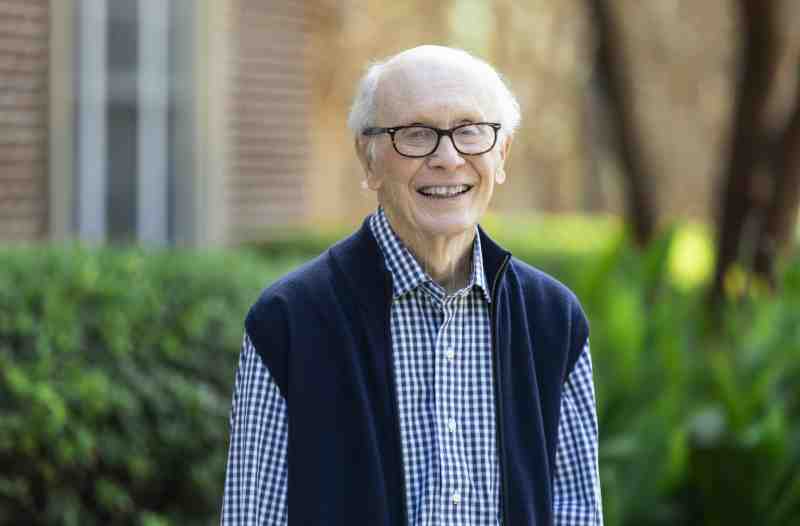 The Mississippi College community is mourning the passing of longtime board member and friend Leland Speed.

Speed supported Mississippi College for much of his extraordinary life, serving for more than four decades as a member of the MC Board of Trustees; his tenure on the board is the longest in the university’s history. At the time of his death, Speed was serving as chair of the Mississippi College Foundation Board.

Speed’s family ties to Mississippi College date back to 1935, the year his parents set up a scholarship at MC in memory of Leland’s younger brother, James, who died as an infant.

The family’s connections to Mississippi College grew when Leland Speed’s father, also named Leland, became good friends with the MC President. Leland’s father served as Jackson’s mayor from 1945-49 and pioneered a tax-exempt bond business in Jackson. MC’s Leland Speed Library is named for the elder Speed. Leland’s mother, Katherine Rhymes Speed Ettl, was a prominent sculptor. Some of her works are displayed in the Leland Speed Library and the Gore Galleries on the MC campus.

Leland Speed cherished the time he served on the MC Board of Trustees and in other roles to strengthen the Baptist-affiliated university.

“When you have the chance to be involved with an organization that is doing good things successfully, it is an honor and privilege,” Speed said in a profile in the Beacon, MC’s alumni magazine. “Mississippi College is committed to a Christian mission in a secular world. I see that becoming more important by the year.”

“Leland Speed gave back to his community and the state that he loved, serving charitable and community organizations in Mississippi and nationwide. His support of MC and the state of Mississippi will be felt for generations to come,” said MC President Blake Thompson. “Most importantly, his Christian character and loving-kindness were even greater than his success in the business and civic realms.”

The CEO of both Parkway Properties and East Group Properties for many years, Speed was a widely-respected entrepreneur and volunteer civic leader. He served as executive director of the Mississippi Development Authority under Gov. Haley Barbour, accepting the position under the stipulation that he be paid a salary of $1.00 per year.

California businessman Sam Anderson ‘57, who served on the MC Foundation Board with Speed, lauded him as one of the state's most outstanding leaders during his lifetime. "Leland Speed used the benefits of his significant education and his family tradition of making the world a better place for the good of the state and in support of my alma mater, Mississippi College. We have lost a leader not easily replaced.”

“Leland Speed was one of the truest gentlemen – and the truest heart I ever knew,” said MC trustee Andy Taggart ‘79, a Ridgeland attorney. "Our state, our community, and our school are all the better for his influence in our midst. He will be missed, but he will also be remembered.”

U.S. Sen. Roger Wicker and his wife, Gayle ‘72,'74, an MC alumna, saluted Leland Speed as “one of our state’s preeminent citizens.”

“His enduring influence on the lives of Mississippians will be hard to measure,” Sen. Wicker said. “He leaves a wonderful legacy for his family and his many friends.”

“Mississippi College, and our state of Mississippi, will miss Leland’s wisdom and guidance, but most of all, we will miss his friendship,” said President Thompson. “We pray for the peace and comfort of the entire Speed family.”