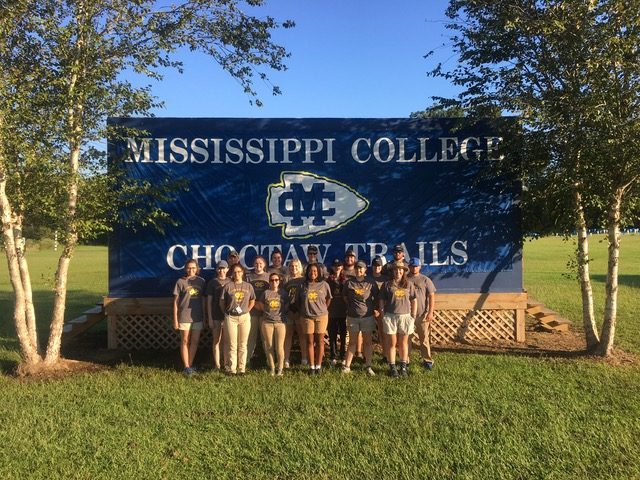 Mississippi College archers stayed on target to capture two titles at the National 3D Collegiate Championships. At the tournament in Foley, Alabama, the MC men’s compound team won first place. So did the MC bowhunter women’s squad that traveled from the Clinton campus.

The event was held at the Graham Creek Interpretive Center October 25-28. USA
Archery and the Archery Shooters Association sanctioned the national competition in Alabama.

The MC men’s team includes co-captains John Stanford, a junior from Water Valley,
and Bradford Sauls, a senior from Illinois. Freshman Noah Parker of Moss Point rounds
out the squad.

The bowhunter women’s team consists of sophomore Allison Freeman of Natchez and
junior Alisa Promise of Monticello. Morgan Hamilton, a senior from Petal, serves as the
squad’s captain.

“We are so proud of the team,” says MC administrator Jim Turcotte, who oversees
archery and other outdoor sports. Shooting targets with bows and arrows is part of the weekly drill for Mississippi College’s talented archers.

“Our students have practiced nearly every day since the beginning of classes (in late
August) and their work has paid off,” Turcotte says. The vice president for enrollment services and dean of students, Turcotte thanks head coach Waldo Cleland for much of the team’s success. Cleland “provided coaching and facilities for our team,” he added.

“Their determination and passion for archery is something to look up to and strive
towards,” says sophomore Hootsell. Hitting the books, too, Emily is a biology/pre-med
major on the Clinton campus.

An administration of justice major, Bradford Sauls, 20, has competed in archery events
since his sophomore year of high school in Norris City, Illinois. “I love the sport of
archery because it is both a mental and physical challenge that anyone can take on.”