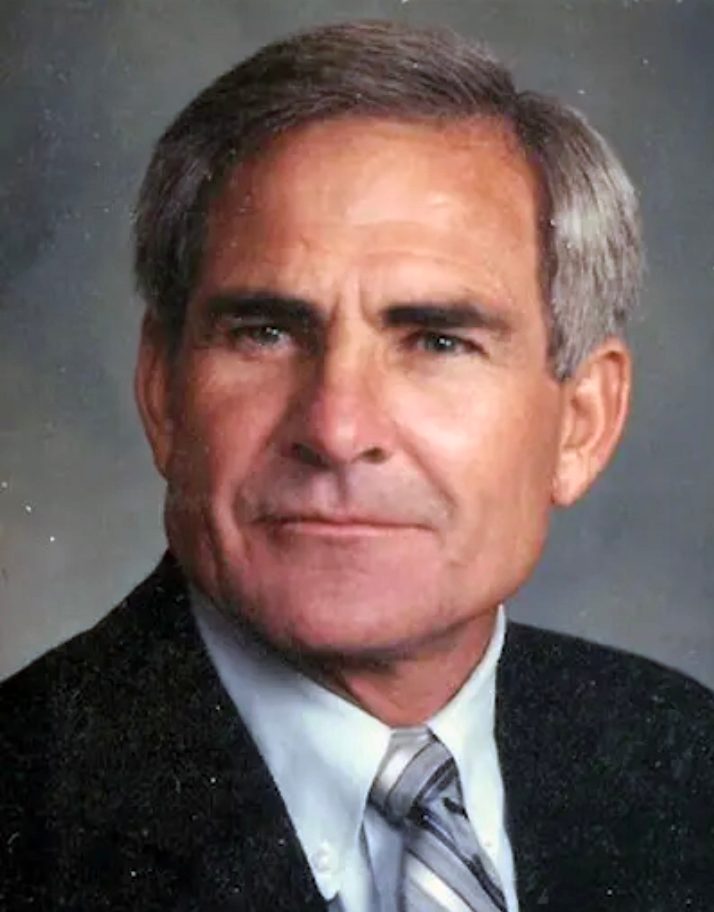 The Mississippi College Family is mourning the death of a legendary head coach who was an icon of the Choctaw athletic program.

John M. Williams, who led MC’s football program to the Division II National Championship in 1989, died Sept. 2 at his home in Byram. He was 85.

During his 19-year career at MC, Williams compiled an impressive 124-78-4 overall record, including 13 winning seasons, three 10-win campaigns and three Gulf South Conference championships. But he is best remembered for his uncommon devotion to his players.

Mike Jones, former athletic director and head men's basketball coach at MC, didn't play football for Williams, but was recruited by him - twice.

“He tried to get me to play football, but I wanted to play basketball,” Jones said. “That was my first encounter with him. I grew to love and respect him during that period of time, because I thought it was an honor that the football coach and athletic director recruited me.”

Years later, when MC was in need of a men’s basketball coach, Williams once again called upon Jones, who was head coach of the Copiah-Lincoln Community College men's basketball team.

“I'll never forget that phone call,” Jones said. “He said, 'I couldn’t get you to play football at MC, but I’m going to give you one more opportunity. I want you to come be the basketball coach.’

“I worked with him for several years and learned so much from him about discipline and being with people. He would tell me all the time, don't treat anybody any differently. Coach Williams was a good man, he loved everyone, he cared about everyone and he would do anything for anybody.”

Jim Turcotte, executive director of alumni affairs at MC, was a lightly recruited placekicker from Clinton High School when Williams invited him to join the Choctaw football program as a walk-on.

“At first, I had no idea how great of a football coach he was, but I quickly found out,” Turcotte said. “He had a way of motivating all of us to play our best. He taught us about life and how to be a man, and he invested in our lives beyond football.

“One thing he was always interested in was helping players who really needed help. He would try to help some of the younger players find clothing if they needed clothing, and he made sure they had plenty to eat and had friends on campus.”

A native of Hermanville, Williams excelled in all sports at Port Gibson High School and was named Mr. Port Gibson High. After graduating, he played football and baseball at Copiah Lincoln Community College before enrolling at MC, where he was a valuable member of the football team. He earned his degree in math and education at MC in 1957 and later obtained his master’s degree in physical education from the University of Southern Mississippi.

But the accolades that most interested Williams were the ones his players achieved.

“He encouraged us to get involved in school,” Turcotte said. “He felt that was critical. When I was a senior, he encouraged me to run for student body president. I had my doubts, but I went on to be elected.

“The life lessons we learned from him and his coaching staff have sustained us all into our marriages and families. He provided us with the kind of thing you hope your son would experience going into college – to find someone who cared about you as a person and wanted you to be your best.”

When Jones took over as athletic director at MC, he found Williams to be an enthusiastic supporter.

“He encouraged me the whole time,” Jones said. “He was very positive about what we were trying to do.

“As AD, he was always prepared, always organized, and ran a disciplined program. Even though he had a toughness that was beyond belief, he also had one of the kindest hearts you could ever be around.”

Whenever any of Williams’ former players get together, it’s not long before stories of their unforgettable gridiron mentor start flying. One of the most repeated involves his legendary strength.

Once when several lights in Robinson-Hale Stadium had gone out, Williams became impatient while waiting for the maintenance staff to change them.

“He grabbed the lights, strapped them to his waist, climbed the pole and replaced them – all without a safety net,” Turcotte said.

A funeral for Williams took place Sept. 7 in the chapel at Chancellor Funeral Home in Byram.

What His Former Players and Staff Have to Say About the Legendary Coach:

"The man was a workaholic. He was the head football coach and the athletic director and anybody in that position could easily say, 'Hey guys, I need you to go out and do this or do that.' That wasn’t the case with him. It was, 'Hey, guys, come with me.' He was the first one to dig the hole, dig the trench, put up goal posts or put up a flag pole. He'd say, 'I'm going to show you how to do it, so the next time, you'll know how.'

"He was the kind of person that he wouldn’t ask you to do anything he hadn’t done. And he had the uncanny ability to make you think you could do anything. He was a very fair individual.

"He was just a super, super person in our lives. He was a heck of a mentor and had a lot of influence on a lot of people. If you played under him, when you left Mississippi College, there was just a little bit of him in you when you left. He had the ability to instill hard work and help you become the person you are today. He was a dear friend of mine."

"When I first came to Mississippi College, I worked with the baseball program. Coach Williams called me in and said, 'You're not going to work for baseball any more.' That had me a little concerned until he said, 'You're going to work for me in football.' He was a great person to work for. Being the head coach, he understood everything that was going on. I never worked for anybody who was any better than Coach John Williams. He had everybody's best interests at heart - he did that with the ballclub, and he did that with the staff.

"In all the years I was with Coach John Williams, I was like his personal driver. He was on the Rules Committee, and we would travel all over the countryside going to Rules Committee meetings. If they made a change, it was something he would deal with right on the spot.