MC Alert: MC operations on the Clinton campus and at MC Law in Jackson will close at 3:30 p.m. on Tuesday, Nov. 29, in anticipation of severe weather. All classes at both the main campus and the law school beginning after 3:30 p.m. are canceled. Please monitor local conditions and stay weather aware.
Posted Monday, October 2, 2017 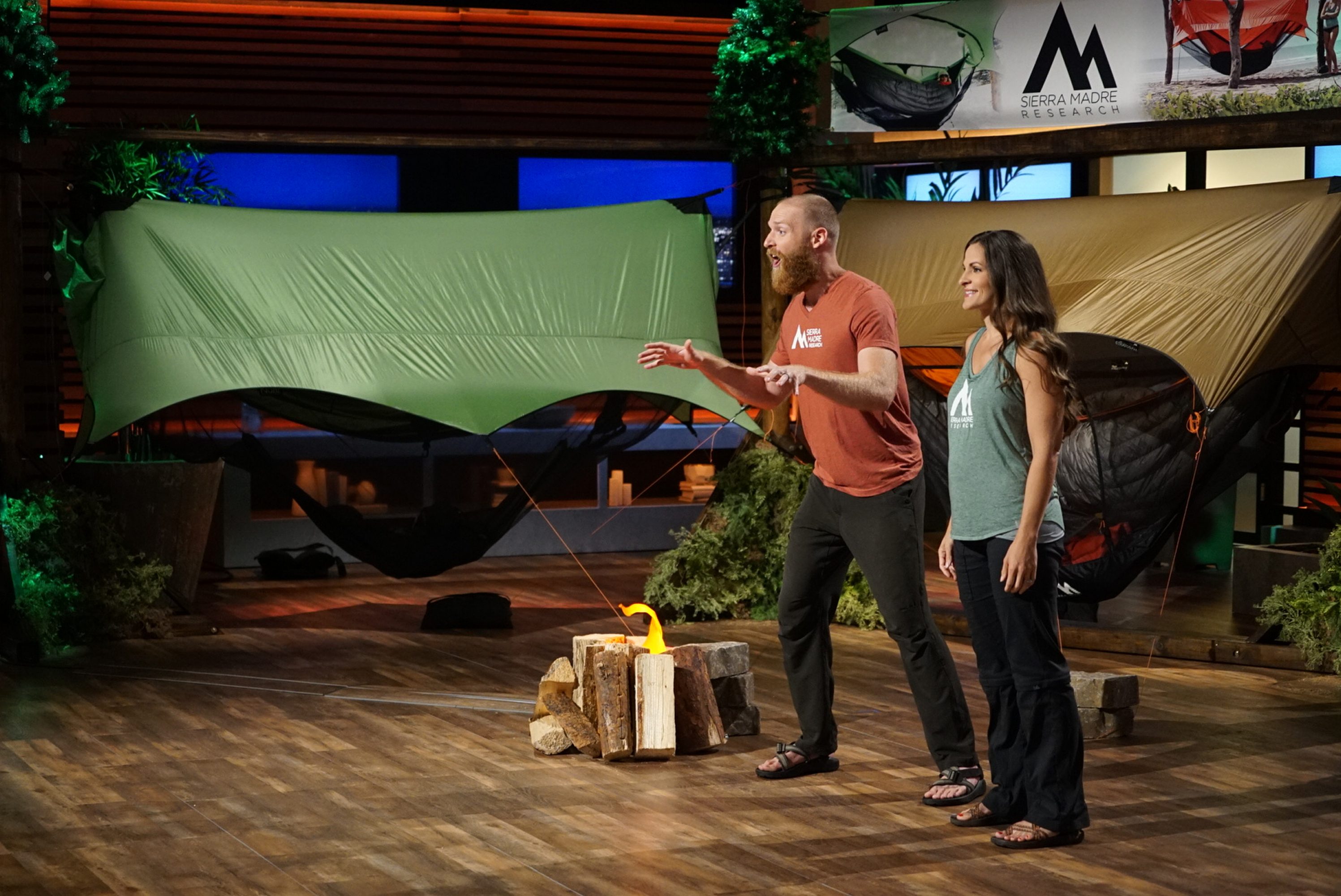 Juli Rhett is a 2009 Mississippi College graduate. She and her husband, Richard, own and operate Sierre Madre.

Millions of viewers watched with interest as a Vicksburg couple crafted a deal with billionaire investor Richard Branson on ABC’s season premiere of “Shark Tank.”

It was fantastic news on October 1 for Sierre Madre Research owners Richard Rhett, and his wife, Juli. The Mississippians will be working with Richard Branson, a world-class investor, adventurer and guest “shark” on the popular TV show.

It was thrilling to hear of the deal for the Mississippi College family since Juli is an MC graduate.

Sierre Madre Research ships its products around the world as an innovative company in the camping gear business. The TV deal was actually struck last week. But Richard Rhett and his wife couldn’t discuss it until “Shark Tank” finished airing the segment Sunday night.

“We’re so glad we can finally talk about it,” Richard Rhett said on the company’s Facebook Live post.

It was obvious to television viewers nationwide they were pretty happy campers. The big smiles of joy on their faces on camera was an instant giveaway.

The founder of Virgin Airlines and the owner of an island, among other things, Branson promised he would give all of his profits from the deal to build clean water wells.

Sierre Madre Research devotes a portion of its profits to benefit people in developing nations. That includes building water wells in Central America, and shelters for orphans. The company also uses part of their profits to help free people enslaved by world-wide sex trafficking.

Branson admits he’s one who enjoys taking on challenges in life and the business world, too.

Juli Rhett is a 2009 Mississippi College graduate. She and her husband (a former engineer with the U.S. Army Corps of Engineers in Vicksburg) built, own and operate Sierre Madre. They design, test, build and sell innovative camping equipment.

“It’s been a grind and hard hustle for us over the past few years,” Juli Rhett said before “Shark Tank” aired. “But we have been very successful and now ship our gear all over the world.”

Getting to see the segment on the 2017 season premiere of “Shark Tank” was pretty awesome for the Vicksburg couple. “It is the most watched episode of the season,” Juli noted.

Richard and Juli Rhett held a viewing party at a local production theater to watch the show with about 100 friends, guests and family members. On Sunday evening, the auditorium in the Mississippi River port was packed with “Shark Tank” fans.

There are many “Shark Tank” fans at Mississippi College. “I like to see ideas and products that people come up with,” said Melissa Roberson, an MBA student at MC. “It is very interesting to see the creativity involved.”

The administrative assistant to School of Business Dean Marcelo Eduardo, Melissa said it was “awesome” to hear the Vicksburg couple succeeded on “Shark Tank.”