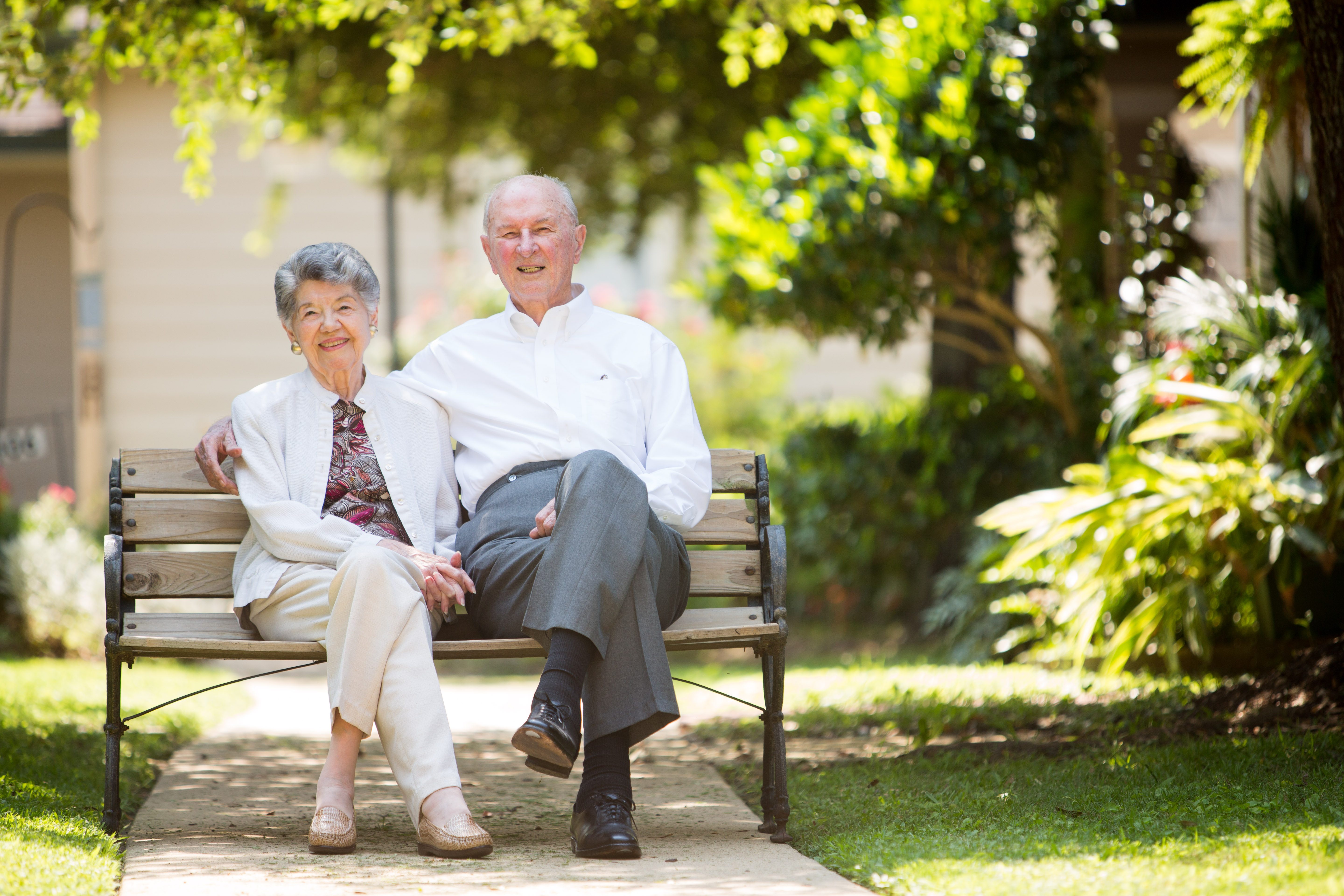 A gift of nearly $2 million to Mississippi College speaks volumes about James R. Johnston’s strong support of Christian education at his alma mater in Clinton.

The generous donation was recently announced by MC leaders following Johnston’s death in Texas in September 2017.

For decades, Johnston’s life was built around the cornerstones of a deep faith, love of family and Mississippi College along with his heroic military service.

J.R. was among 156,000 American, British and Canadian forces that teamed up as part of the historic D-Day invasion of beaches along Normandy, France. Starting June 6, 1944, the Allied victory over Nazi German soldiers occupying France proved to be the turning point in World War II. By the end of August 1944, Allied troops reached the Seine River and liberated Paris.

Wounded in action, Johnston, 21, received a Purple Heart for his sacrifices and bravery for the U.S. Army during D-Day battles.

After the war, the Mississippian returned home to complete his education at Mississippi College.

For many years, the retired CenterPoint Energy executive in Texas remained a faithful MC alumnus with a steadfast love for family and country. When J.R. wasn’t lauding his wife, Teresa, the Huntsville, Texas resident often spoke about his joy knowing Jesus and saluted America’s military.

Born in Mount Olive, Mississippi in 1923, J.R. Johnston died on September 11, 2017. The son of a Baptist preacher who attended MC, Johnston passed away the same day the nation remembered the nearly 3,000 victims of the horrific 9/11 terrorist attacks on American soil.

Today, people remember the 1946 MC graduate for a lifetime supporting the USA military and his commitment to education at Baptist-affiliated MC. It was evident with his request that donations following his death go to the H.E.A.R.T.S. Veterans Museum in Huntsville, Texas and to Mississippi College.

It was at Mississippi College where he first met his future wife, Teresa. After their marriage, Johnston worked in Jackson for nearly five years at Mississippi Stationary and as a Nabisco salesman. Then he moved to Houston, Texas in 1950 for better career opportunities.

J.R. soon took a job with Houston Power & Light and moved up the corporate ladder over more than 30 years until he retired as chief financial officer at what is now CenterPoint Energy. As an adult, he sang in church groups like the Huntsville Senior Adult Choir and Huntsville Men’s Choir.

Community service was important to him. Johnston was active in the Rotary Club and served as president of one of its Texas chapters for several years.