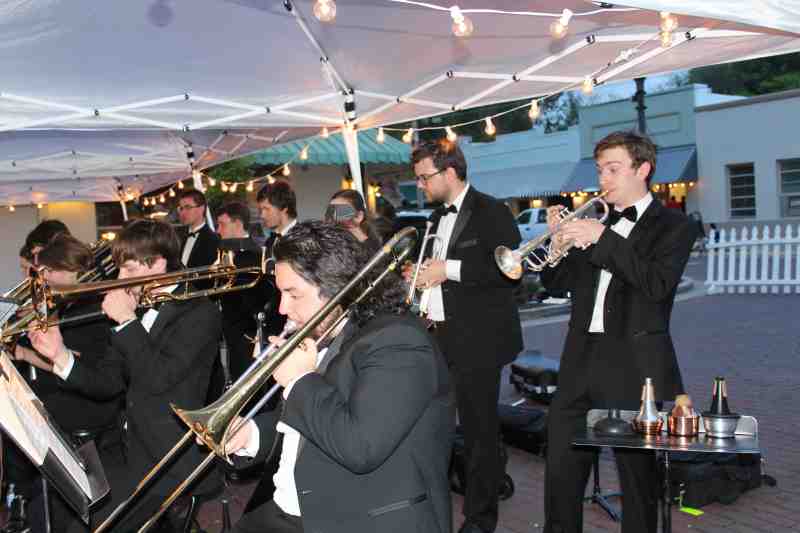 The soothing sounds of Glenn Miller and the Big Band Era as well as contemporary music will be in the air as the Mississippi College Jazz Band performs on Clinton’s Brick Streets.

Led by director Wayne Linehan, the MC Jazz Band’s Spring program in the heart of Olde Towne is set for April 26.

Presented by the Mississippi College Department of Music, the program on April 26 will begin at 6 p.m.  Jazz lovers are asked to bring lawn chairs to the lively Friday evening program.

At their Spring concert on February 26 at the Jean Pittman Williams Recital Hall, the MC Jazz Band performed selections like John Coltrane’s “Cousin Mary” along with the George and Ira Gershwin classic “Love is Here to Stay.” The group performed other selections like Henry Mancini’s “Two for the Road.”

Mississippi College’s talented band recently was showcased at a reception on the Clinton campus following the March 29 inauguration of President Blake Thompson.

Mississippians stopping by can expect to hear the jazz sounds through 8:30 p.m. Music fans are also invited to sample from the various food choices at restaurants in the Jefferson Street vicinity.

MC music professor Craig Young, director of bands on the Clinton campus, usually sits in at Jazz Band programs with his saxophone.

Another major performance this Spring sponsored by the MC Music Department happens on April 28. The date is for the MC Symphonic Winds concert. The Sunday performance is set for 3 p.m. at Swor Auditorium. Craig Young serves as the group’s conductor. The concert is free and the public is invited.