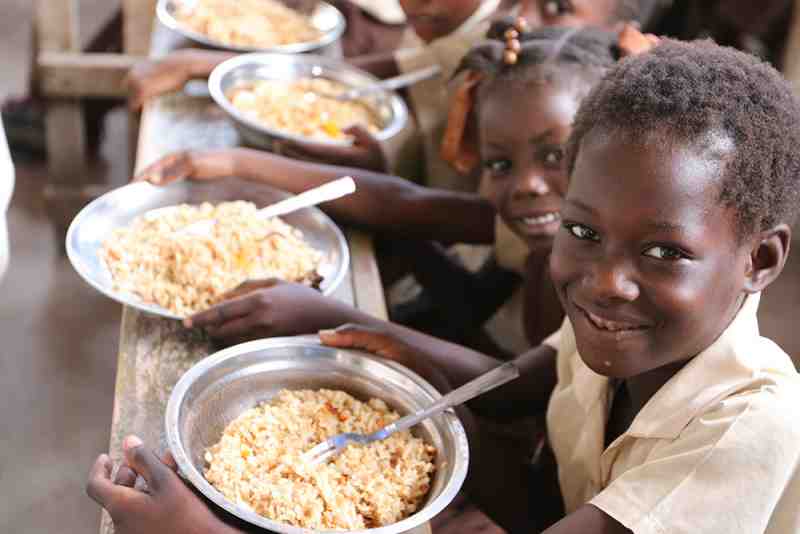 Every 15 seconds a child dies due to hunger, often in developing countries around the world. An estimated 815 million people worldwide are impacted by hunger. That’s one of every nine persons on the planet.

Whether the hunger crisis is in Africa, Latin America, or Asia, the statistics are truly staggering. The challenges are huge. But Mississippi College’s family is joining a charity seeking to wipe out world hunger by 2030.

Rise Against Hunger is the name of the North Carolina-based organization at the forefront of the crusade. Leaders are raising money, spreading awareness and packaging meals for so many people struggling to survive.

MC School of Business students and faculty are leading the way on the Clinton campus. So far, they have raised $3,473 to exceed their goal.

From March 2-4, MC students, faculty and staff will pack 10,000 meals. Business professor Sara Kimmel and Dean Marcelo Eduardo are among those guiding the efforts as Rise Against Hunger activities proceed.

Students with the School of Business Service Club are daily raising funds and spreading messages about the battle against world hunger. President Blake Thompson, Interim Provost Debbie Norris and other MC leaders fully support the campaign at the Christian university.

In late February, Kimmel is thrilled with the project’s success so far. Raising funds to pay for supplies to package 10,000 meals in early March is a wonderful response to “this first of a kind event,” on the Clinton campus, she said.

Thankful to all supporters and volunteers involved, Kimmel believes there is much more to do to reach millions of undernourished people. The Rise Against Hunger campaign will literally save lives worldwide, advocates say.

“Please continue to encourage anyone who would like to volunteer or donate,” Kimmel said. “We think there is no better way of declaring His love than by showing it to those in need.”

Leaders of Rise Against Hunger say even seemingly small contributions make an enormous impact. Officials with the international non-profit group based in Raleigh, North Carolina say 40 to 50 volunteers can package a pallet of 14,256 meals in two hours.

In recent weeks, students with the School of Business Service Club staffed tables in the university’s cafeteria to collect donations.

For more information, go to http://events.riseagainsthunger.org/mcsobsc320. Rise Against Hunger officials in North Carolina can be reached by phone at 919-839-0689.