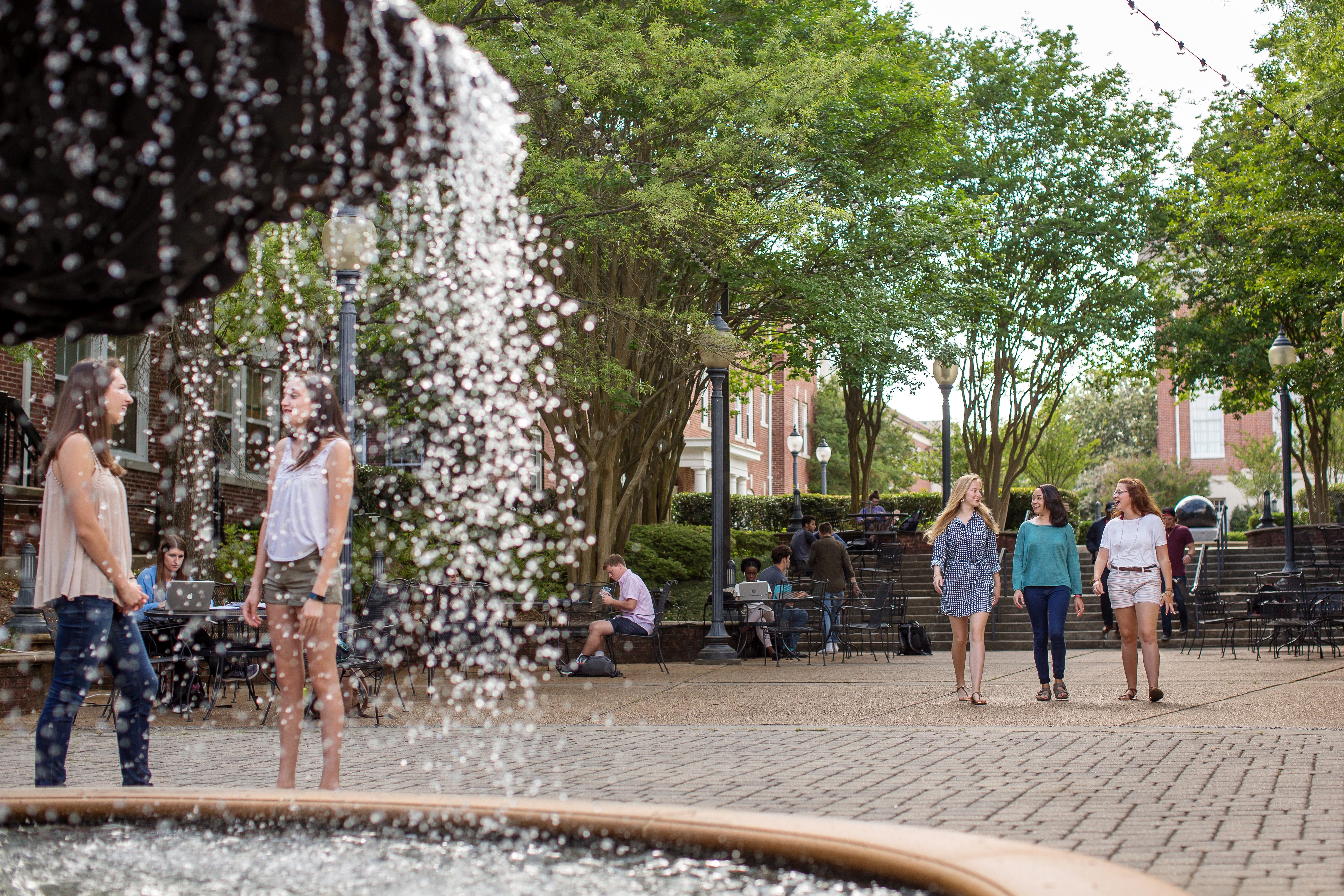 Rankings in “U.S News & World Report” are right on target, students say. The magazine on Tuesday named Mississippi College one of the best values among the South’s regional universities.

“The value is tremendous, it really is,” said junior Josh Clark, 20, of Keller, Texas. “Compared to the private schools in Texas, MC is a best value. Baylor is a big chunk of change.”

A sports media major, Clark says Mississippi College’s close-knit community environment and a presidential scholarship were major selling points. “This was the chance to leave my own footprint.”

Tuition and fees at MC total $17,392 with room & board charges listed at $9,610. But the magazine notes that 48 percent of the students on the Clinton campus receive need-based grants to cut costs. In addition, 49.3 percent of Mississippi College’s classes enroll fewer than 20 students. The student/faculty ratio stands at 15:1. MC enrolls 5,121 students this Fall.

A junior from Meridian, Joelle Youngblood, 20, sees great value in her education. “MC does really well balancing academics with the social life here.”

The Northeast Lauderdale High graduate stays busy with her studies as a public relations major. And Joelle serves as the vice president of the Laguna social tribe.

Her endorsement of all things Blue & Gold is pretty widespread on campus. Students back the new 2018 Best Colleges rankings reaching millions of readers across the USA.

Mississippi College junior Averie Stancel, 20, felt the Christian university was the right place for her soon after arriving on the historic 140-acre campus. “It feels like home,” says the psychology major from Ocean Springs. “It gave me the best feeling. People I met here on the first day were so nice.”

The Harrison Central High graduate is starting her third year at MC, and wouldn’t want to trade places with students at other universities in the Magnolia State. “This is not too big. The teachers know your name.”

Stancel grew up in a church family on the Gulf Coast and wanted to attend a Christian college. “This also made my family happy.”

The university’s stellar nursing program and smaller classes in Cockroft Hall influenced senior Parker Thurman, 22, of Pearl to become an MC Choctaw. “The reputation of MC, its friendly people and a cooperative staff” were factors attracting the Pearl High graduate.

An outstanding pre-med program convinced junior Kaitlin Crum, 20, to join the Mississippi College family. The Kossuth High School graduate sees the Tennessee line from the backyard of her home in Corinth. She sees MC as an excellent training ground for medical school classes. “What got me interested is the pre-med program. It’s so well-known.”

A chemistry and biology double major, Kaitlin found time to become active in a social tribe. “It’s where all of my sisters encouraged my walk in Christ – that’s unique to MC.”