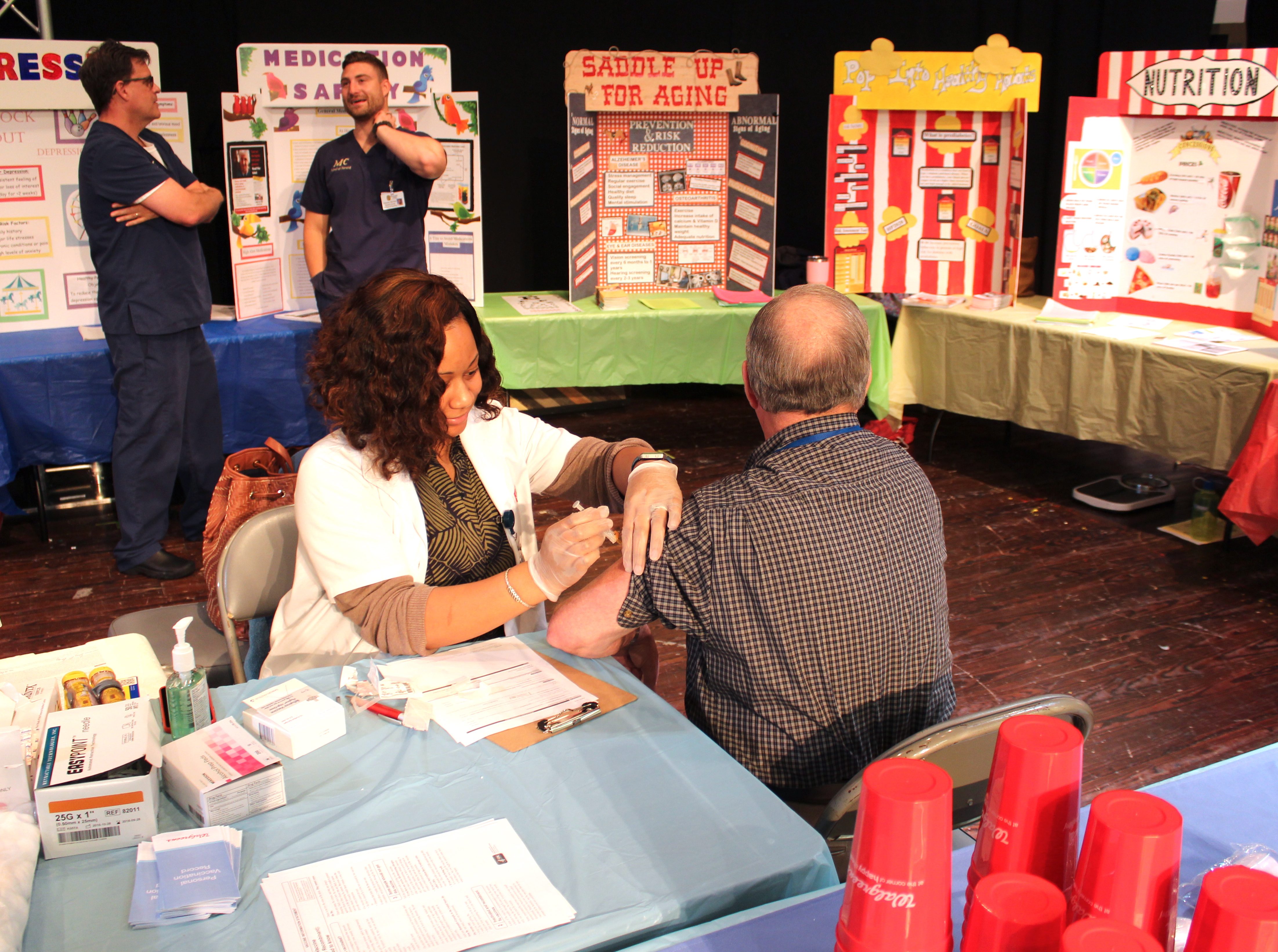 A Mississippi Baptist Convention visitor received a flu shot from a Mississippi College nursing student at a health fair at First Baptist Church Jackson on Oct. 31.

It was just another day’s work offering assistance at the 182nd Mississippi Baptist Convention in Jackson.

The Christian university’s School of Nursing health fair on Tuesday proved to be a labor of love for 14 MC seniors. They served pastors, spouses and other guests in the capital city for the series of meetings at First Baptist Church Jackson. It’s something the MC School of Nursing has done for more than 20 years.

The steady flow of Baptist convention visitors with questions about getting a better night’s sleep, pneumonia vaccines, and dealing with pain management didn’t surprise Kayla Fields.

“I like to see that lots of people care about their health,” says Fields, an MC nursing major from Jackson. She graduates from Mississippi College in December and will enter the profession full-time in 2018.

The MC student nurses at the annual convention on October 31 came from Central Mississippi communities, the Gulf Coast, but also from states as far away as Florida and Michigan.

A 32-year-old native of Nigeria, Prisca Ugwumba decided to become a nursing student after a stint in the business world.

“I love people and being around people,” Prisca said as Baptist officials stopped by health fair booths. She did her clinical work at Baptist Hospital in Jackson. While there, the Brandon resident would regularly run into her husband, Cyril, a physician at the hospital.

The Mississippi Baptist Convention wrapped up on November 1. MC School of Nursing students and professors are invited back to the 183rd convention in Jackson next October.