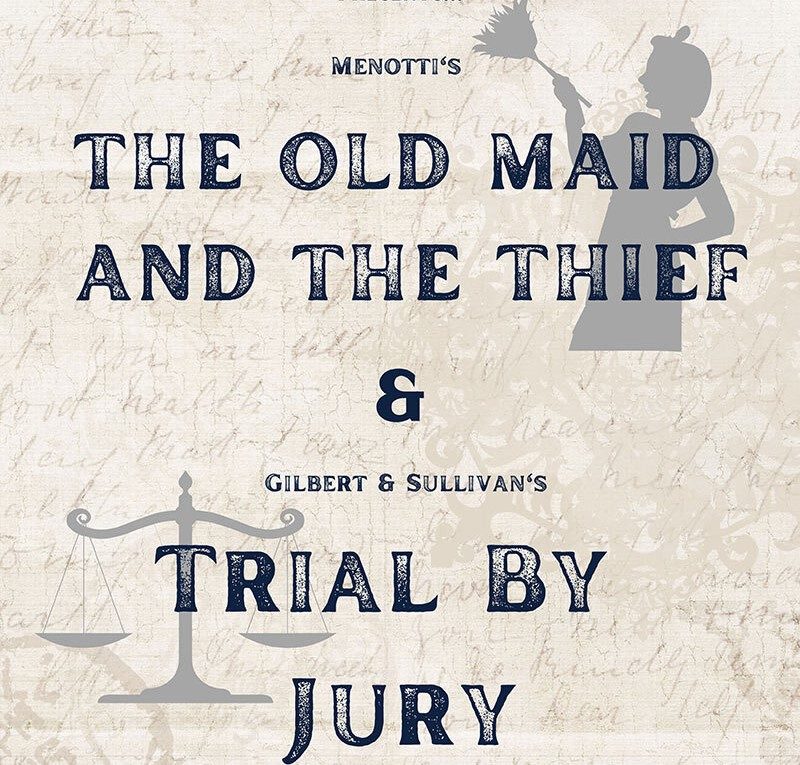 Two completely different styles of opera will be presented in the pair of one-act performances.

After a four-year hiatus, opera will return to the stage at Mississippi College with a pair of one-act productions presented by Lyric Stage @ MC.

Performances of “The Old Maid and the Thief” by Italian-American composer Gian Carlo Menotti, a tale of morals and evil womanly power, and “Trial by Jury” by W.S. Gilbert and Arthur Sullivan, a satirical story about marriage set in a courtroom, are scheduled for 7:30 p.m. Saturday, Nov. 5, and 3 p.m. Sunday, Nov. 6, in the Jean Pittman Williams Recital Hall in the Aven Fine Arts Building.

“We’re trying to provide our students with a well-rounded education, so we always like to do a repertoire that is varied to expose them to different types of musical theater,” Perna said. “Opera differs from typical musical theater because it often demands a greater vocal range. These two pieces present opportunities for our students to display their excellent singing talents in two very different styles of opera.”

Ben Williams, chair of the Department of Music and an associate professor of music, said the one-act comedic performances are two of the most popular operas in America and are almost custom-made for today’s theatrical audiences.

“They are performed in English, and both are relatable, understandable, and very funny,” Williams said. “Our music students were interested in performing this genre of music, and many of our graduate and undergraduate students are really talented. They were excited about performing these operas.

“It will be a great experience seeing our students put on a fully staged opera.”

“The Old Maid and the Thief” was originally written as a radio opera and was composed by Menotti after taking a trip to a small, idyllic Pennsylvania town, where he discovered a carefully manicured veneer of perfection covered up a host of unseemly rumors and secrets.

The story revolves around the machinations of Miss Todd, the titular character, a town busybody, and her housemaid, Laetitia, who convinces her employer to let a young wanderer, Bob, stay at her house, despite warnings from Miss Pinkerton, the town gossip.

Perna said, “Trial by Jury” represents a typical Gilbert and Sullivan “send-up” of a topic – in this case, marriage. There is no spoken dialogue in the short, approximate 30-minute performance, which depicts divorce proceedings between a plaintiff, Angelina, and a defendant, Edwin. In the end, the judge runs off with the plaintiff.

In the theatrical tradition of a “trouser role” – in which a character is portrayed by a performer of the opposite sex - SeLah Norwood will play the judge, while Elizabeth Cox will portray the plaintiff, and Daniel Bunting will play the defendant.

The cast of “The Old Maid and the Thief” will conduct a special performance of the opera at the Mississippi School for the Arts on Monday, Nov. 7. Perna said the production will represent Lyric Stage at MC’s first outreach and recruitment presentation.

General admission tickets for “The Old Maid and the Thief” and “Trial by Jury” cost $10 each or $5 for students with valid identification, and will be available at the door. To purchase tickets in advance, visit www.music.mc.edu/tickets.