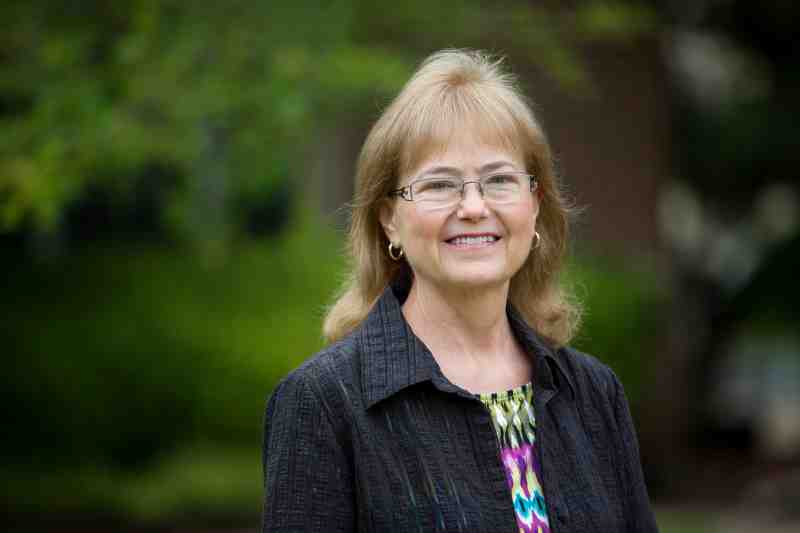 Deborah Woodall is retiring this Spring after nearly four decades of splendid service on the Clinton campus. The Mississippi College professor feels blessed to work with outstanding students and colleagues.

Teaching computer science and mathematics at her alma mater for 39 years was a perfect fit for the Pearl resident.

“I could not have asked for more special coworkers or a more wonderful employer,” Woodall said. “I’ve had so many wonderful students.”

While teaching at the Christian university, family remained a big part of her life. “I have also been blessed with three children and 18 grandchildren.”

No doubt, keeping up with a large family will rank high on Debbie’s priority list during her retirement years. Beyond that, Woodall is going to see what God has in store. “I have made no plans for the future – just waiting to see what the Lord has planned.”

Her career began as a Pearl Junior High math instructor in 1974 and by 1980-81, she taught the subject at Pearl High School.

Woodall joined the Mississippi College faculty in 1981. Advising students and campus duties were always priorities. She’s been the co-leader of Freshman Experience groups, assisted in MC Science and Math Tournaments and served as treasurer of the university’s Faculty Club since 2008.

She’s taught math courses from Trigonometry to Calculus II. Her computer science classes ranged from BASIC language to computer architecture. Deborah is a former member of the Mississippi Teachers of College Mathematics. In addition, Woodall conducts Basic Computer Skills workshops for the Clinton community. She is a Phi Mu Epsilon Honor Society member.

Year-round, her goal stays the same. Woodall seeks to enhance students’ appreciation of the rapidly changing field of computer science as well as mathematics. Scholars note the history of mathematics dates back to the 6th Century BC with the Pythagoreans. The ancient Greeks began a systematic study of mathematics as a subject.

The professor makes the field interesting and exciting for MC students in the 21st Century.

Her skills as an educator, ability to swiftly tackle campus assignments and service with the community make her an extraordinary teacher, colleagues say.

“Professor Woodall has helped many students (often from non-STEM majors) to make sense of the logical thinking and problem solving that studying mathematics provides,” says John Travis, chair of the Mathematics Department.

Dr. Travis appreciates the fellow MC graduate for her flexibility to meet the department’s needs. Her focus, he says, is “how best to help students learn.”

Computer science professor Glenn Wiggins praises his colleague and friend. “She is a compassionate and caring individual. She is dedicated and works extremely hard at her teaching craft.”

Woodall helped construct the university’s original computer science curriculum decades ago. He observed her passion for teaching while requiring students to be thorough with classwork, Wiggins said. “MC owes her a debt of gratitude for her tireless efforts over almost four decades.”

Deborah Woodall soon steps away from teaching duties as online classes end this Spring. But the Mississippian will always stay part of the Blue & Gold family. “I love Mississippi College.”

The Mississippian’s connections to MC run deep. She earned her bachelor’s in mathematics at Mississippi College in 1974 after three years as the department’s student worker grading papers and tutoring classmates. Woodall earned a master’s of education in the subject at MC  in 1978. Deborah also received a master’s in computer science education at the University of Evansville in Indiana in 1983.