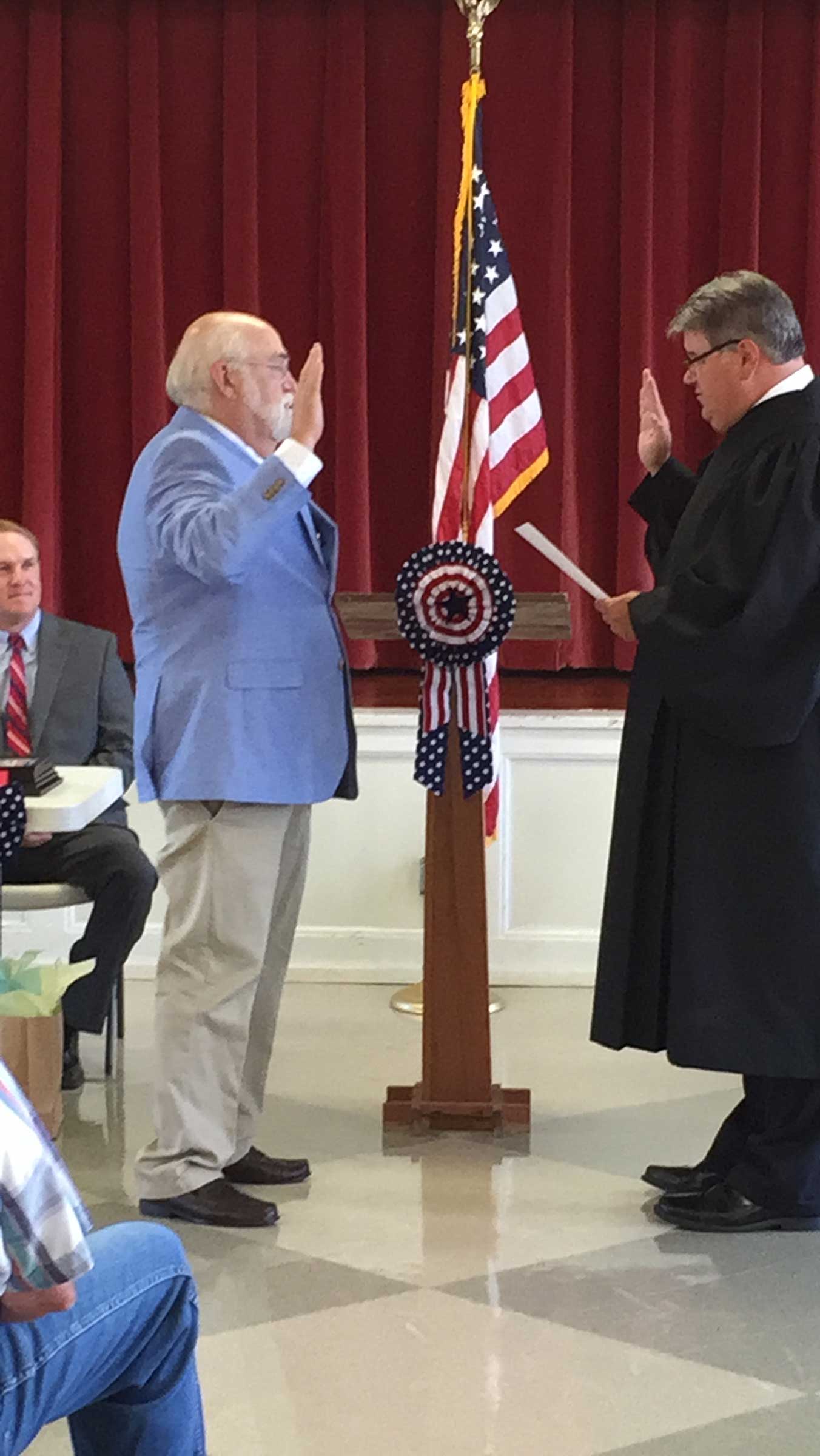 Hugging the northwest corner of Smith County on Mississippi Highway 13, Polkville remains a wonderful community for its 853 residents.

Neighbors often see one another at the Polkville Grocery & Café, at the town’s five churches or when enjoying the sounds of bluegrass at Jay & Claudia Arender’s Music Barn. The Dollar General store is another popular gathering spot.

Growing up in a small town drawing comparisons to TV’s fictional Mayberry, North Carolina, Mississippi College professor Glenn Wiggins is honored to serve Polkville as one of the town’s new aldermen.

Named for U.S. President James K. Polk when it formed in 1848 during his time in the White House, Polkville showcases its friendly faces, inviting churches and low crime rate in the 21st Century. And the town’s future shines bright.

Deeply rooted in Polkville, Mississippi, Wiggins, takes on his new assignment well-prepared. “I am a teacher, churchman, deacon and concerned citizen.” He served on the Polkville Water Association board, and decided to run for alderman at the urging of local leaders.

“I am not a politician, so did not campaign. I did not solicit votes in any way,” Wiggins said.

Not identifying with any major political party, the 66-year-old Mississippian ran as an independent, got elected in June and the rest is history.

Refusing to rest on his election night triumph, the computer science and physics professor is committed to working hard for his hometown year-round.

“I am overwhelmed with the support that I have received and as always by God’s grace, I seek to serve Polkville.”

There are priorities on the agenda in 2017 for Mayor Robert Miles and the Polkville Board of Aldermen. Town officials seek grants to improve the water system, and hope to get a school back in Polkville after a 50-year absence, Wiggins noted. They seek better cell phone coverage, want to attract small businesses and improve volunteer police and fire departments.

Wiggins certainly knows the people in the close-knit community – from patrons at the Polkville library to volunteer police officers.  “I chose to live here because of the people.”

Glenn attended a Polkville school as a first grader, but relocated to Morton for his education after it closed. He returned to Polkville’s middle school for a few years. Glenn ended up graduating from Morton High in neighboring Scott County in 1968 as valedictorian and class president. Mr. Morton High spent the next four years at Mississippi State University as a math major. The MSU graduate became a successful Morton High instructor for nine years, including four times recognized as the Mississippi Economic Council’s STAR teacher.

A 1975 recipient of a master’s in mathematics at Mississippi College, he was asked to teach and develop the curriculum for MC’s computer science program in 1981. He’s been teaching at the Baptist-affiliated university ever since. Wiggins received his master’s in computer science at Jackson State University, and his doctorate at the University of Southern Mississippi in 1992.

For decades, Wiggins earned the respect of Mississippi College students, faculty, staff and is already impressing Polkville citizens as the new alderman in town.

“We’re real tickled to have him,” says Sue Hales, secretary for the town’s Water Department.

Wiggins joins the leadership ranks of a growing rural community in Central Mississippi. Polkville sits eight miles from 120-acre Roosevelt State Park and a little over six miles from I-20.

“We have a lot of good people here,” Susan Hales said. “We have good neighbors.”

Glenn isn’t the only Polkville resident working at Mississippi College. His wife, Missy Wiggins, serves as a computer science and physics professor on the Clinton campus.

Don’t expect Glenn Wiggins to use the Polkville alderman post as a stepping stone to run for the state Legislature or make a bid for Congress. He’s just happy to help people in his delightful community.

“For miles in any direction, even into neighboring communities, we know almost everybody,” he said. “It is not Mayberry, but it is pretty close.”