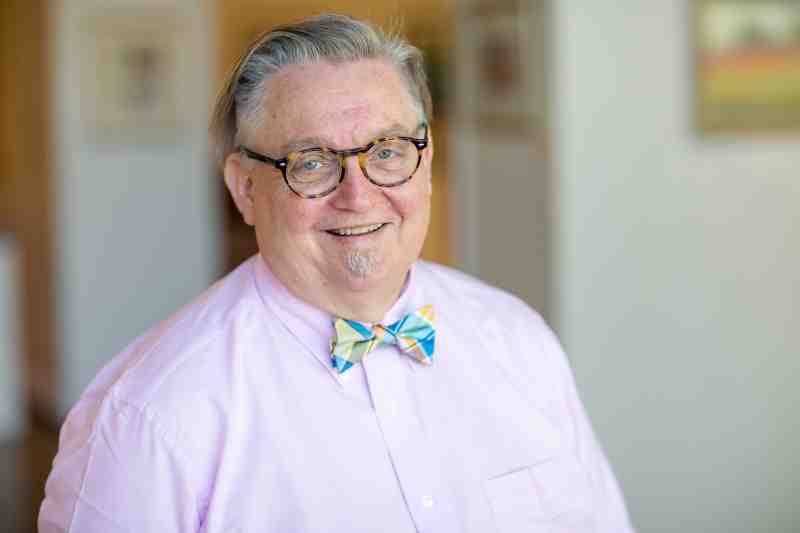 Mississippi College’s Gore Gallery director, Randy Jolly, will be among the notable artists featured in a new exhibition in Arkansas.

Artists from Arkansas, Mississippi, Louisiana, Missouri, Oklahoma, Texas and Tennessee received invitations to display their works in Pine Bluff through early next year.

The 2019 Irene Rosenzweig Biennnial Juried Exhibition will be on display at the Arts & Science Center for Southeast Arkansas. The show runs from October 10 through January 4. The free public reception begins at 5 p.m. Thursday.

A Mississippi College art instructor, Jolly specializes in clay and working with a strong mixed-media influence. His piece titled “Urban Warrior” is part of the exhibition. Jolly used acrylic, aerosol paint, print ink, cloth and pencils to craft his 49 inch by 36 inch piece.

The Vicksburg resident teaches design, painting and drawing classes on the Clinton campus.

Randy serves as president of the Vicksburg Art Association. He was named Art Educator of the Year in 2017 by the Mississippi Art Education Association’s museum division.

Jolly earned a bachelor’s in fine arts at the University of Southern Mississippi and a master’s in education at Mississippi College. He joined the MC faculty in 2008.

“I am excited to be included in this national juried show,” Jolly said. “It is a great honor to have my work selected. This opportunity gives my work a chance to be seen by an expanded audience.”

A prominent Pine Bluff resident, the late Irene Rosenzweig was an accomplished scholar and educator. She tutored President Franklin Roosevelt’s family during their time in the White House. A benefactor of charities in and around Pine Bluff, Rosenzweig died in October 1997 at the age of 94.

The biennial art exhibition named in her honor supports the permanent collection of the Arts & Science Center for Southeast Arkansas.

For more information, go to asc701.org/rosenzweig