MC Alert: MC operations on the Clinton campus and at MC Law in Jackson will close at 3:30 p.m. on Tuesday, Nov. 29, in anticipation of severe weather. All classes at both the main campus and the law school beginning after 3:30 p.m. are canceled. Please monitor local conditions and stay weather aware.
Posted Thursday, March 1, 2018 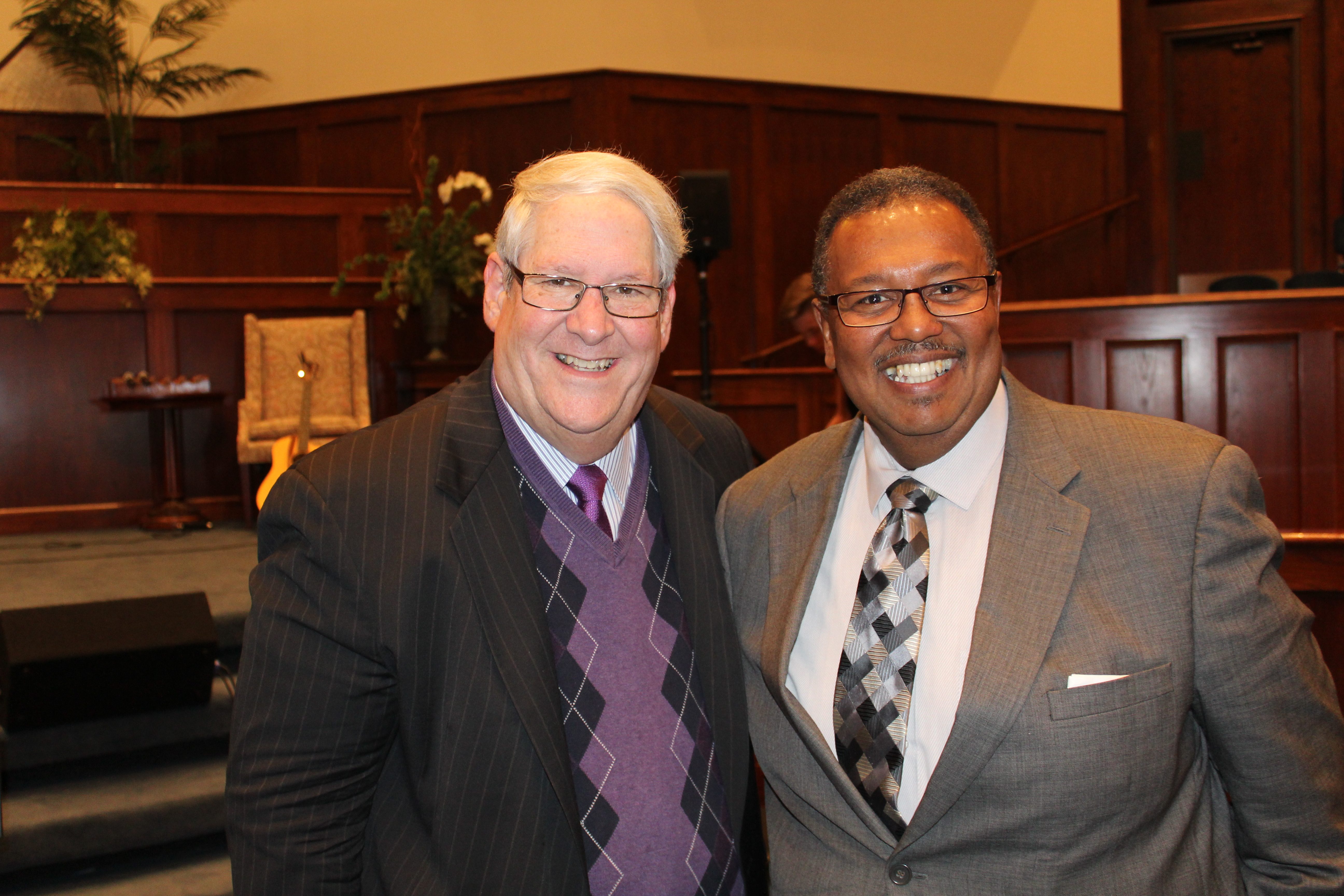 Guest speakers made a strong appeal for racial reconciliation across America as they preached to hundreds of Mississippi College students.

It was a message that comes amid a lingering racial divide across the USA that dates back centuries.

Taking that first step is always key. And Kelley encouraged students several times to “start” the process by “bringing Jesus into the conversations.”

One of the practical tips to begin the process to share the Gospel, the speakers say, is for people to share with others what Christ has done in their lives.

Sharing the Gospel with friends, neighbors or strangers, is a good way to “break down walls,” Kelley said. “We find conversations with people who are unlike us.”

While people around the world come from different races, the church is “multi-ethnic,” Weathersby noted. “God looks at the heart” rather than race, he said.

Kelley has served as president of the New Orleans-based seminary since 1996. He’s remained a professor of evangelism there since 1983.

A 1985 MC graduate, Weathersby has served as vice president for convention advancement with the Southern Baptist Convention’s Executive Committee. He’s working to increase ethnic participation within the SBC and assist young ministers at small churches. Ken is a member of the Baptist-affiliated university’s Board of Trustees.

“We must move out of our comfort zones,” Weathersby advised the students. For some, it could be getting to know international students attending Mississippi College or reaching out to African-Americans on the Clinton campus, he said.

In 1999, Weathersby was named the first African-American pastor to serve as a full-time associate professor at New Orleans Baptist Theological Seminary.

“I’ve really been enjoying the conversations,” said MC junior T.J. Williams, a political science major from Gulfport. Both speakers offered a solid perspective on how people of all races are tied together through the Gospel, he explained.

“I like how they emphasized community,” said MC freshman Gabby Howe of Long Beach minutes after the chapel program ended on February 27.

“It was really encouraging – how to evangelize,” added Mississippi College freshman Isaac Bowling, 18, of Mendenhall. “Our main focus is to share the Gospel.”