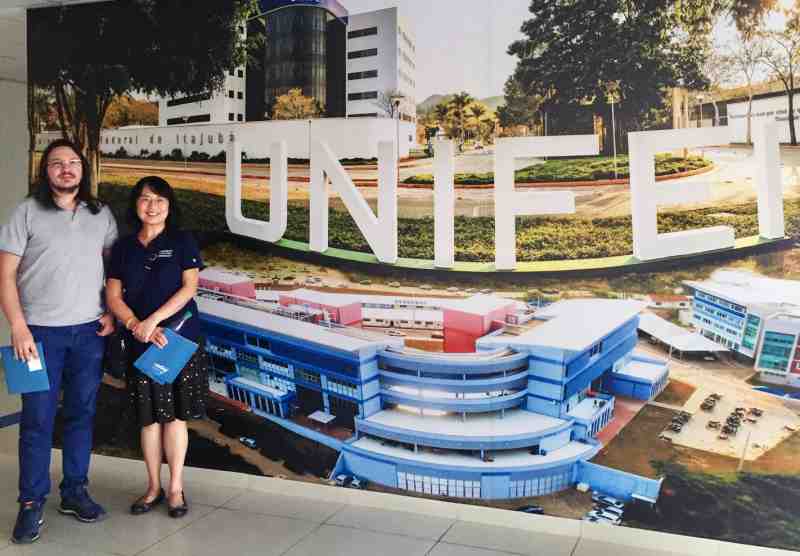 Cities like Rio de Janeiro, Sao Paulo and the capital of Brasilia along with the Amazon River are well-known spots in Brazil.

The world’s fifth largest nation in size (behind Russia, Canada, China and the United States), Brazil is teeming with more than 209 million people. A growing number of Brazilian students are getting educated in the USA.

Mississippi College will be among the American institutions to see more people coming from Brazil in future years. The Fulbright Commission in Brazil, with the support of other entities, is partnering with USA institutions to boost higher education for Brazilian students.

MC presently enrolls four students from Brazil. But this new Fulbright grant is expected to trigger enrollment growth from the biggest nation in South America.

The Fulbright grant of $620,000 to a technology university in Brazil known as UNIFEI will open doors for students and faculty exchange programs with Mississippi College for eight years. “It is indeed an honor to MC,” says Mei-Chi Piletz, executive director of the Office of Global Education.

A Fulbright Brazilian doctoral exchange student, Guilherme Chagas was pleased with his MC learning experience. He studied for one month on the Clinton campus last September. “At MC, the STEM teaching methodology brought me to new heights, in that it helped me understand how to be a STEM professor.”

Piletz is excited to welcome more students from Brazil.

She hopes the Fulbright Commission funds will accelerate those efforts. The Fulbright grant went to the Federal University of Itajuba, the research-driven institution also known as UNIFEI.

Interim Provost Debbie Norris salutes Piletz for her recent global recruitment journeys to Brazil, China and Egypt. “We are hopeful that her efforts will culminate in international student enrollment growth,” she said.

“By doing this, Mississippi College can broaden its scope of sharing its vision of academic excellence and commitment to the cause of Christ,” Norris added.

The vice president for enrollment services and executive director of alumni affairs, Jim Turcotte joined Piletz on one of her overseas trips. So did MC School of Education Dean Cindy Melton.

“The reach of Mississippi College is worldwide,” Turcotte said.

Building programs attracting international students, Turcotte said, is important work. “Mei-Chi Piletz has traveled many miles and to many destinations to spread the word about MC. We have plans to continue our work at home and abroad in the coming months and years.”

It's always a long road trip for Brazilian students to reach Mississippi. Brazil is located nearly 4,000 miles from the students’ native land that borders the Atlantic Ocean along with countries like Venezuela, Colombia, Ecuador, Argentina and Peru. A flight takes almost eleven hours from Rio de Janeiro to Jackson, the state’s capital.

Coming from a land where Portuguese is the spoken language, Daniel Godoi, 17, a freshman from Joacaba, Brazil, arrived on the Clinton campus for the first time in January. Meeting professors and making new friends in America, Daniel plans to major in electrical engineering. He believes the education he will receive at Mississippi College is first-class.