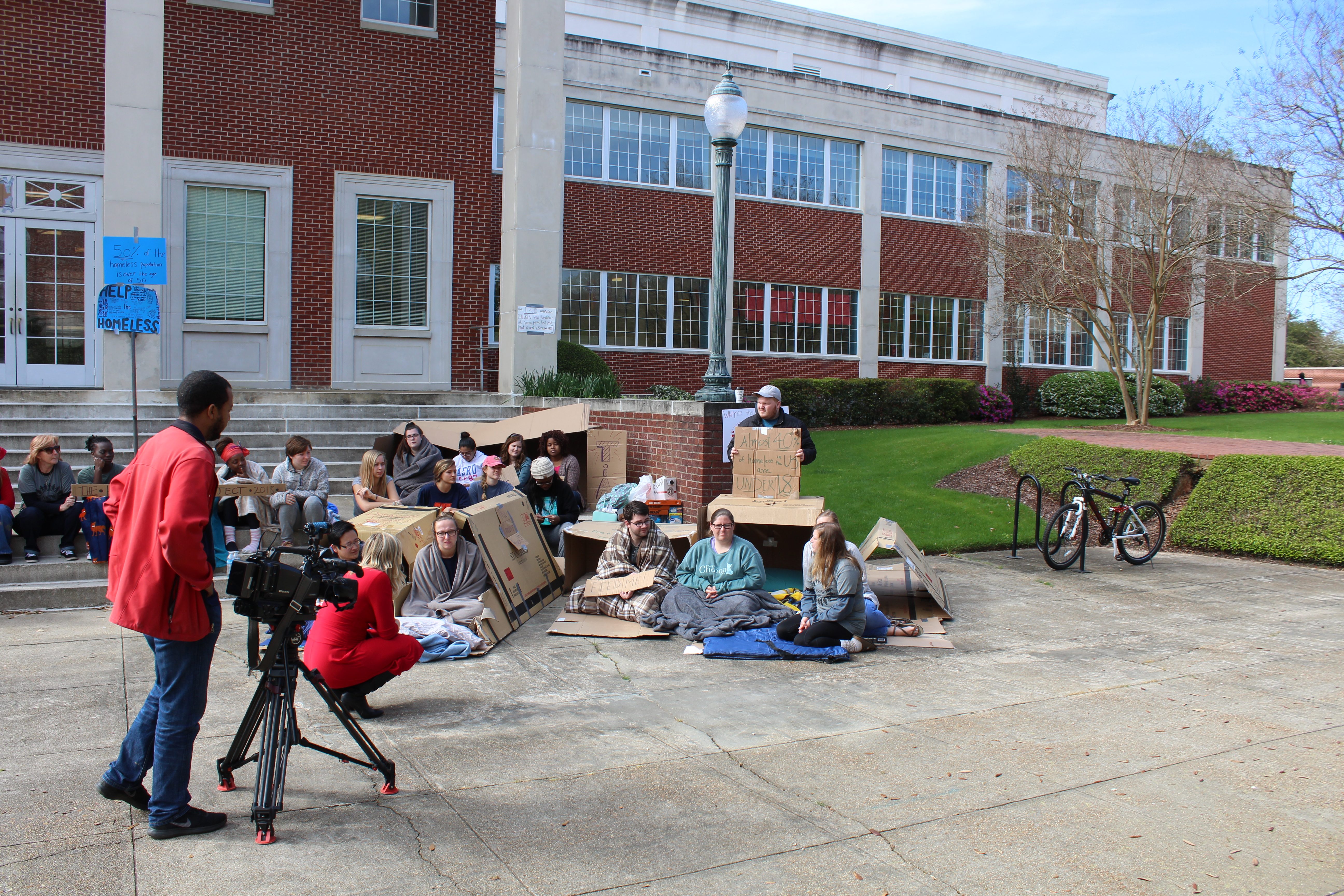 Across the USA, problems are getting worse in recent years. There are at least 553,000 homeless people nationwide on any single evening, reports show. That’s a .7 percent increase over last year. Other reports say the number is actually closer to 1.7 million homeless people.

The crisis is especially real in West Coast cities like Los Angeles, Portland and Seattle due to the scarcity of affordable housing units. California’s 20.4 percent poverty rate is contributing to the problem, too.

Spending 24 hours in cardboard boxes hastily assembled outside the B.C. Rogers Student Center on the Clinton campus proved to be a success.

About 15 MC social work students collected $359.33 and will match it to donate $718.66 to the Opportunity Center, a homeless shelter in Jackson. The event ended on the morning of March 23.

Students collected 38 cases of bottled water to give to Stewpot and other agencies serving the needy in the capital city. Clothing, toiletries and towels will be donated to poor Mississippians as well.

After sharing their concerns about homelessness to WAPT-16 reporter Allie Ware on Friday, MC social work student Jessica Flemings announced the good news. The donations this year exceeded the $250 collected by MC students a year ago, she noted.

MC social work majors Mary Shannon Lang of Brandon, Kelsey Neeley of Water Valley and Paige Alcala of Florence were a little uncomfortable and felt cold at times during their 24 hours spent in cardboard boxes. Other students brought them food to eat. The students say they cannot imagine having to experience homelessness year-round.

Camping out in boxes to bring attention to a major issue isn’t new on the Clinton campus. Social work students have used the event to promote awareness about homelessness in Jackson and across America for more than two decades. Signs taped to campus buildings spoke to the grim statistics in the USA’s battle against homelessness.

For many years, members of the Association of Student Social Workers on campuses nationwide have embarked on campaigns like the one at Mississippi College.