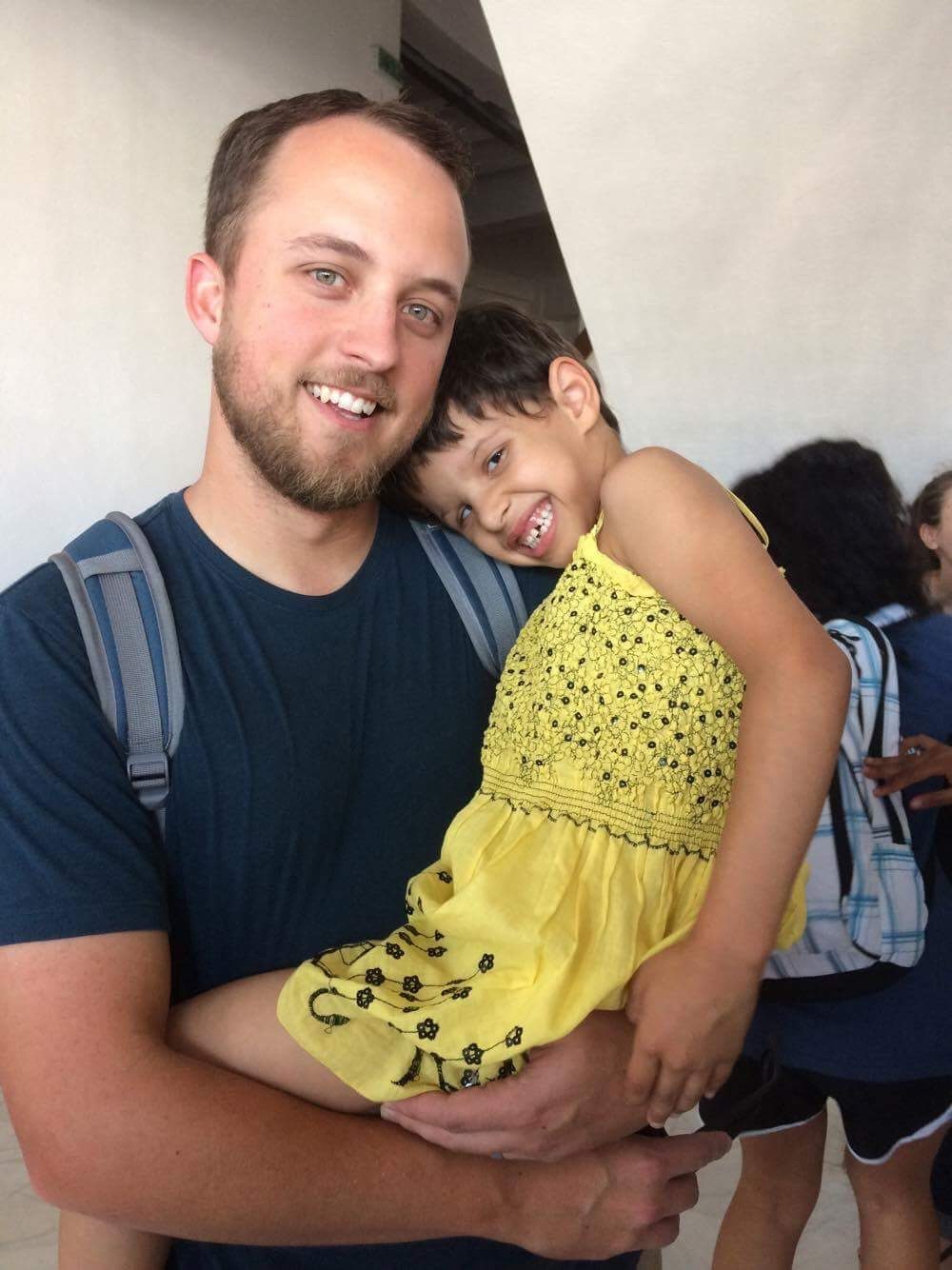 Pastor Joel Richardson, a Mississippi College graduate, hugs one of the orphans in Romania. Joel serves as pastor at Highland Colony Baptist Church in Ridgeland.

The Arch De Triumph stands tall in a busy intersection of Bucharest. The majestic architecture speaks to the Romanian Army’s triumph along with Allied Powers in World War I. The triumph in 1918 unified Romanian provinces into one state.

One hundred years after that epic piece of Romanian history, six Mississippi College students and alumni will travel to the European nation on a unified front as summer missionaries.

The MC delegation plays a significant role among forty-five people who will minister in orphanages and churches in the western part of Romania. The visitors from Southern churches will lead a Vacation Bible School, minister to children in local villages, host parties for young people and build their faith. Their mission trip is set for June 24-July 4.

One Heart Church members in metro Atlanta embarked on similar mission trips to Romania since 2005. Six years ago, the Georgians started teaming with other churches. Highland Colony Baptist Church in Ridgeland, Mississippi is among them. The visitors will share the Gospel in a secular state of Romania represented by 18 religions. An estimated 81 percent of its people are from the Eastern Orthodox Church.

In the country bordered by Hungary, Serbia and Bulgaria, mission trips to Romania yielded fruits. Since 2005, more than 3,000 Romanian people accept Christ as their savior.

“Many orphans, who have nothing, have gained Jesus, family and friends for life,” says Chester Whisonant, leader of One Heart Church missions in Romania. “We have seen them escape poverty, and hopelessness and move to the hope that Jesus brings.”

The USA visitors helped build a Christian school in Lugoj, Romania and established churches in the area.

A 1985 Mississippi College graduate, Chester serves as worship and missions pastor at the diverse church in Norcross, Georgia.

Whisonant will be joined for the sixth consecutive year in Romania by his son, Mitchell Whisonant, 18, an incoming MC freshman. “We have seen people grow in Christ and have seen churches become more evangelistic.” Mitchell says. “God has been faithful through it all,” he adds. “My trips to Romania have been nothing short of life-changing.”

Making the journey thousands of miles away from home will be four members of Highland Colony Baptist Church with Mississippi College ties. They include: pastor Jay Richardson (Class of 1972), associate pastor Joel Richardson (Class of 2010), and two MC students. They are sophomore Annie Hawks and international student Debbie Olariu of Romania. Debbie will share insights about her native land as she joins the group seeing her hometown, Lugoj.

While the Bran Castle, the painted 16th century monasteries of Bucovina, the Transylvania forest region and Carpathian Mountains remain tourist attractions in Romania, the summer missionaries will stay focused on their assignments.

One Heart Church adopted a goal of becoming authentic followers of Jesus Christ committed to impacting the globe. The church on Peachtree Street is linked to congregations in Romania, Ukraine, Argentina, Guatemala, Tanzania, Honduras and Italy.

Chester’s son, Mitchell, will pursue a different path as he begins his undergraduate studies on the Clinton campus. He plans to major in music education at the Baptist-affiliated university and get equipped with the skills to become a high school music teacher.

Father, son and fellow missionaries wouldn’t trade their experiences together in Europe. “We taught and shared the Gospel to thousands,” Chester Whisonant said. “We have been exposed to people in great need. Those we shared with in Romania have gained eternal life.”