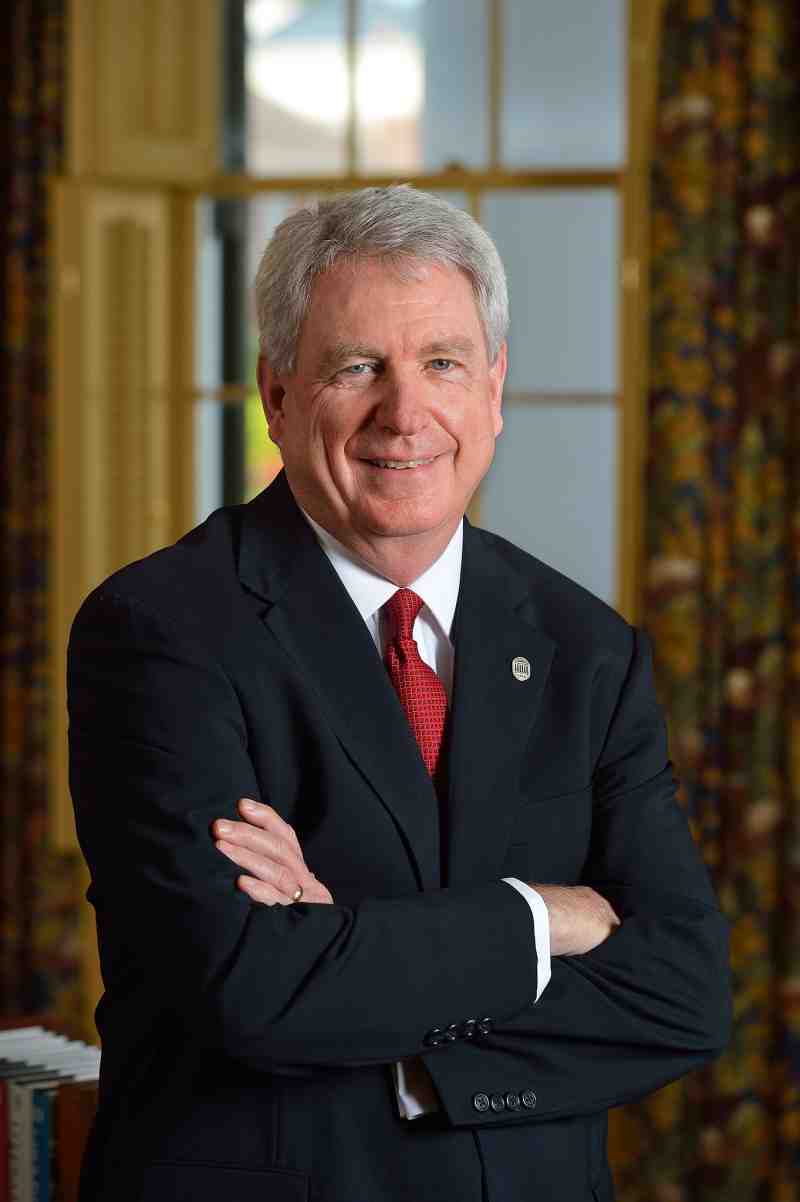 Dr. Dan Jones of the University of Mississippi Medical Center in Jackson.

Mississippi College professors will be among the participants discussing Christian higher education amid changing times at a symposium on the Clinton campus.

Set for March 28, the forum remains a key part of inauguration week activities for President Blake Thompson. The event at Swor Auditorium begins at 3 p.m. that Thursday and the public is invited.

MC graduate Dr. Dan Jones, an administrator at the University of Mississippi Medical Center, will deliver the program’s keynote address. The topic of his talk is “Christian Higher Education: Faith, Certainty, Questions.”

Dr. Jones serves as director of Clinical and Population Science at the Mississippi Center for Obesity Research at UMMC. He holds the inaugural Sanderson Chair in Obesity, Metabolic Diseases and Nutrition on the Jackson campus. A former Ole Miss chancellor, Jones serves as a professor of medicine and physiology at the medical center located off North State Street.

His speech is designed to stimulate discussions by a panel of Mississippi College professors.

“I will encourage faculty to focus on strong MC traditions including creative thinking, fulfillment in purpose and the opportunity to transform lives,” Dr. Jones said.

Mississippi College faculty members believe the focus on Christian higher education will be a topic of interest to the audience. The event highlights an extensive lineup of activities celebrating Dr. Thompson’s inauguration as MC’s 20th president. Founded in 1826, MC is America’s second oldest Baptist college.

“We are excited about the forum and think it will have a broad appeal to the MC community,” said biological sciences professor Stephanie Carmicle. She served as immediate past president of the Mississippi College Faculty Senate.

Reports show a robust economic impact of Christian higher education across the USA.

In 2018, a study from the Philadelphia-based consultants Econsult Solutions, Inc. showed that 142 Christian colleges and universities nationwide educated 445,000 students. The schools across the USA employ 72,000 faculty and staff, as well as serve 3.5 million alumni worldwide. These institutions generate more than $60 billion in economic impact each year, says the study commissioned for the Council for Christian Colleges & Universities.

Their economic impact is clearly powerful for Christian higher education institutions. But discussions at Mississippi College will put a greater focus on how these institutions are addressing faith, teaching and learning in light of society’s rapid changes.

The free event is open to students and others in the university community.

For more information on the symposium and other activities during the March 24-29 inauguration week, contact Tracey Harrison, chair of MC’s inauguration committee. The MC public relations director, Harrison can be reached at 601-925-3239. A detailed schedule of all inauguration activities can be found on the Christian university’s website at mc.edu/inauguration