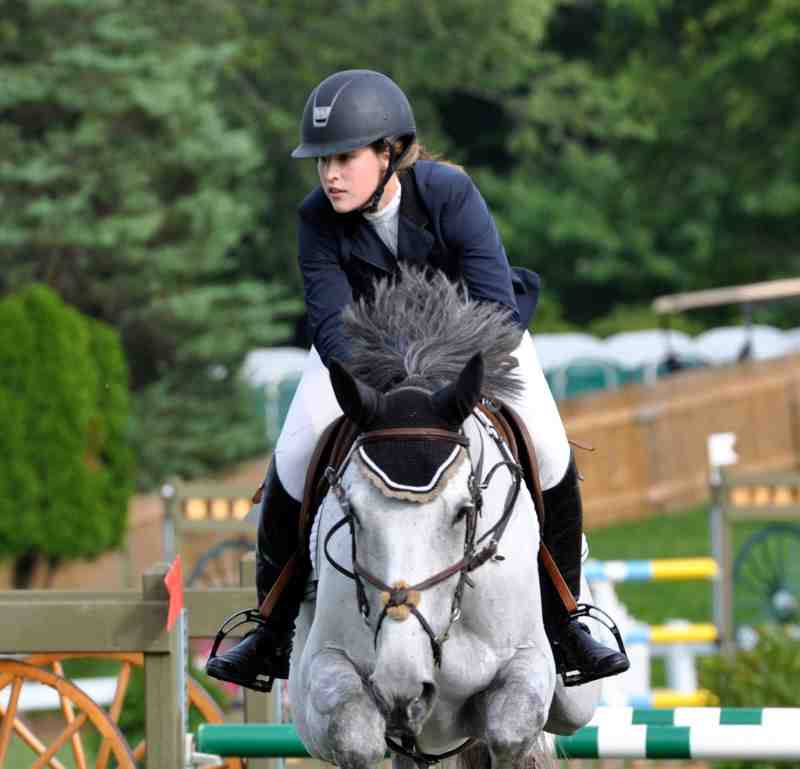 Training on horses from Florida to Belgium a few years ago, Claudia Billups takes the reins as Mississippi College’s new equestrian coach.

The 24-year-old Gulfport native brings much to the table as she leads a squad of outstanding MC Lady Choctaws riders. Claudia began showing horses competitively in 2003.

Starting in late January, Billups will lead an impressive squad that continues to shine in its new division that includes Louisiana and Texas. For their first 11 seasons, the MC equestrian team was a strong competitor in the Intercollegiate Horse Show Association division stretching from Mississippi to Alabama, Georgia and Tennessee.

“I look forward to working with the MC equestrian riders,” Billups said. “They seem like a fun group of girls.”

The MC equestrian team is based at 2,000-acre Providence Hill Farm that resembles a scenic venue in Kentucky’s horse country. Its barns house horses with names like Capiche, Quintessential, Hale Bopp, Laddie, Mac and Quinn.

Billups succeeds former equestrian head coach Mandi Powers. Hired prior to the start of the 2018-19 season, Ann Skogerboe continues to serve as the equestrian program director.

Mississippi College leaders believe their partnership will be a winning combination.

“Claudia has distinguished herself as an outstanding equestrian and will bring significant experience to the team,” said administrator Jim Turcotte, who oversees four MC outdoors sports programs.

“The location of Providence Hill Farm and their facilities, our horses and these talented individuals will create an environment that is truly unique,” Turcotte said.

Beginning her MC coaching duties January 30, Claudia Billups brings people skills and a vast knowledge of horses. Since August 2017, Claudia worked as a barn attendant for the Oxford, Mississippi Mounted Police Unit. Her duties range from horse care feeding and health management to exercising horses. She gives riding lessons, too. Claudia is completing work on her undergraduate degree at the University of Mississippi. Her bachelor’s degree at Ole Miss will be in general studies. Her minors on the Oxford campus are in international studies, linguistics and language.

In addition, Billups brings managerial skills. She’s served as general manager of an Oxford restaurant through July 2018. Her list of accomplishments include winning a team bronze medal at the North American Junior Younger Championships in 2013 and 4th place in the $60,000 Indianapolis Grand Prix.

Skogerboe welcomes her new colleague. Claudia Billups, she said, “has competed and won at the highest level in the country. The MC equestrian team will benefit from her wide knowledge of the sport and more importantly her experience as a competitive rider.”