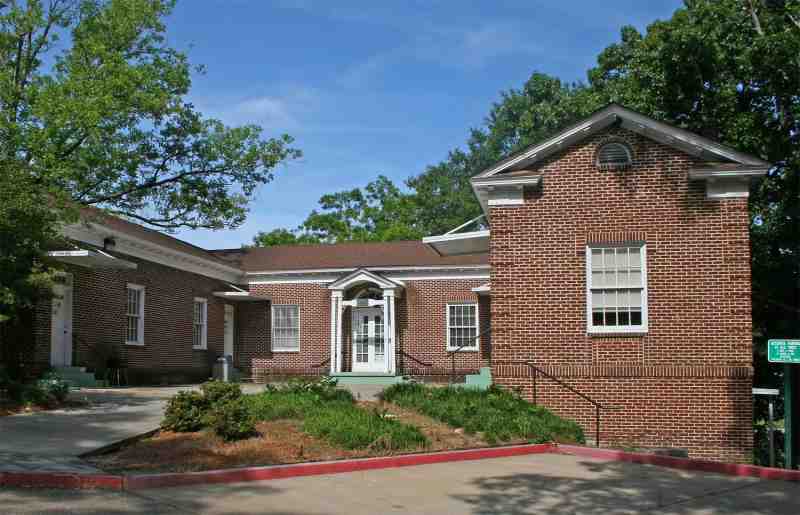 Serving Mississippi College students as the school’s infirmary through the 1980s, Farr Hall has experienced much change during its lifetime.

The Department of Interior Design will remain in Farr Hall.

In mid-June, the $125,000 Farr Hall project is now in progress and should be completed by early August, school officials say. The building’s basement area will be remodeled to include four new offices to serve faculty, provide space for a receptionist and serve other program needs.

MC School of Education Dean Cindy Melton is delighted the see the innovative doctoral program shift its operations from Jackson to the Clinton campus over the next few months. “We are very excited to have these DPC faculty on campus with us,” Melton said. Professors Dawn Ellison and Kate Hilton coordinate the university’s program launched in Fall 2012.

Other full-time faculty, Melton said, will use a shared office space and conference room to support the online DPC program. There will be room as well for undergraduate psychology faculty.

School of Education headquarters are located in nearby Lowrey Hall. For decades, the building served as the MC library. In 1959, the Leland Speed Library found a new home along College Street.

For the past few years, Mississippi College’s doctorate in professional counseling operated in a familiar blue building in Jackson’s Fondren business district. Their offices in Mississippi’s capital city are located above Rooster’s restaurant at 2906 North State Street.

Farr Hall’s basement has been utilized as a storage area for university records, old Tribesman yearbooks and much more. It included records from the former Clarke College in Newton, once MC’s sister two-year school. About five years ago, the basement also housed MC’s ROTC program now headquartered in the Commons area of Alumni Hall.

Other project improvements coming for Farr Hall include widening its sidewalks and installing new doors. Workers will also add a new HVAC system, says Glenn Worley, director of facility planning and construction. That will enhance the building’s heating, ventilation and air conditioning.

MC’s clinical doctorate is designed to advance the career goals of professional counselors wishing to develop a specialization. The doctorate of 72 hours follows a 60-semester hour master’s degree. Candidates must have spent at least two years working in professional counseling before they can enroll.

Projects include renovations to Hederman Science Building biology labs as well as the students’ band hall on the East Campus. A new energy management system at the Leland Speed Library, new LED light poles at the baseball field parking lot, along with a chiller plant at Chrestman Hall are counted among other campus improvements this summer.