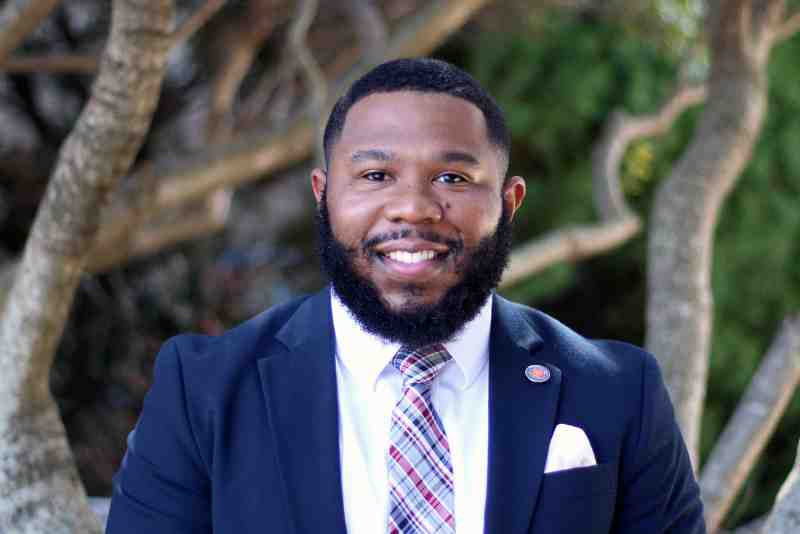 Ty James suddenly immersed himself into the complex issues involving the regulation of public utilities, rate schedules, and year-round services to Mississippi customers.

“I am thrilled to see Ty come back to Mississippi,” MC Law Dean Patricia Bennett said. “We need his talent and wealth of legislative experience to work on issues in the state.”

“His valuable work for Congressman Thompson will help him hit the ground running,” Presley said in a recent news release. “His work ethic and passion to help others will be a tremendous asset to our work.”

“Ty was an invaluable asset in my office,” Thompson said. “I send him to Commissioner Presley’s office with a wealth of knowledge and experience.”

His experience as an MC Law student with instruction from an all-star group of professors gave him the career tools to succeed. “I think law school makes you a better writer, thinker, and speaker. My time at MC Law prepared me to do all three well.”

His new boss, Brandon Presley, was first elected to the PSC for the Northern District in 2007. He was re-elected in 2011 and again in 2015, winning 31 of the district’s 33 counties. The former Nettleton mayor prevailed again on election day in 2019. In February, Presley and staff dealt with 70,000 power outages statewide due to severe winter weather. Restoring power for customers was their focus.

“Mississippi utilities have gone above and beyond in running their power plants and getting service restored,” Presley posted on his Facebook page.

Presley’s role expanded to include leadership posts with national organizations.  The National Association of Regulator Commissioners in November 2019 elected the Mississippi PSC Chair as its next president.  NARUC is a national advocacy and education association representing the interests of utility regulators in the USA and its territories.

Working for Presley, Ty James said, is an incredible experience, like the one he had serving on Congressman Thompson’s staff. Commissioner Presley, James said, “is very interested and invested in working hard on behalf of his constituents.”

A Columbus High graduate, Ty says his faith is very important. “I’ve been in church since birth – the Greater Mt. Olive Missionary Baptist Church in Crawford, Mississippi. I love God with all my heart. My faith and relationship with Christ has sustained and carried me from the small town of Columbus to our nation’s capital.”

Asked about his plans in five years, Ty James contemplates a run for political office. His goal is “to work to make life better for others.”