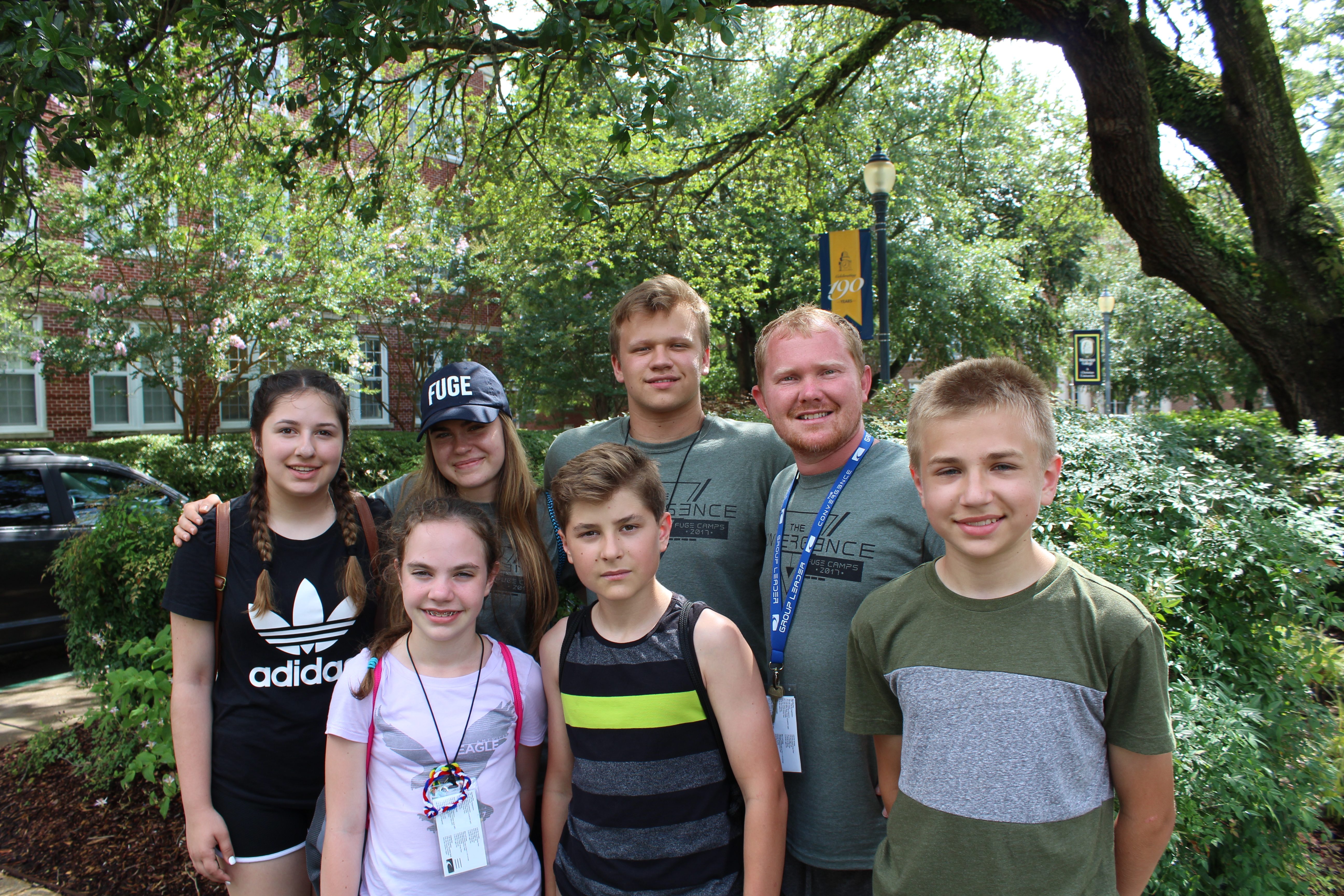 A 15-hour road trip and steady rain didn’t stop the Minnesotans from a delightful visit to Mississippi College.

The 1,038-mile journey through Minnesota, Iowa, Missouri, Arkansas, Tennessee and Mississippi was worth every minute for the FUGE campers.

The MC visitors on the Clinton campus in late June traveled from a vibrant Ukrainian American community in the Minneapolis area. Some fled Ukraine to the Land of Ten Thousand Lakes during World War II. Other refugees exited the Ukraine to put down roots in Minnesota in the 1990s.

In more recent times, tens of thousands of people were uprooted due to war in the eastern Ukraine in 2014.

The group at Mississippi College hails from First Ukrainian Evangelical Baptist Church in St. Louis Park. Led by Alexsey Shopoval and his wife, Alina, the visitors experienced a week at a camp at Southern Baptist Seminary in Louisville, Kentucky two years ago.

This time, they drove further south to the Magnolia State to soak up the culture, food, fun and draw closer to God. They built lasting friendships, too.

“We hope the fire we have now will grow,” said Veronica Melhichuk, 20, at the MC cafeteria while the rain stopped for a few moments on June 22. The future physical therapy student was thrilled they selected Baptist-affiliated Mississippi College for its summer camp.

Some members of the Minnesota delegation speak in the thick accents of the Ukraine. A number of the MC campers are the sons and daughters of parents who fled their country in the 1990s.

They are part of a very diverse population in Minnesota, from East Asia, India, countries in the Middle East such as Syria, and nations like Somalia in Africa.

“We have a large Slavic population that started after World War II,” says Minnesota’s Alexsey Shopoval, 31. Born in Kazakhstan, he relocated at age 7 to Russia and at age 15 moved again to Minnesota.

As a teen-ager, Alexsey experienced culture shock coming to the United States. “I lost friends and there was the language barrier,” he said.

But he’s discovered his bearings in the USA’s Upper Midwest. He can’t wait to start nursing school at a community college later this year.

Ken Gilliam estimates he’s seen 115,000 campers come and go during his 14 years overseeing the summer program at MC. The continuing education director reports this is the first group from Minnesota to sign up.

They come from a church that celebrated its 60th anniversary in 2015 and continues to be led by members speaking the Ukrainian language. There were no language barriers for the visitors in the Magnolia State.

Soon after exiting their rented church van, the Minnesotans got busy. The kids of refugees went to work with FUGE mission work. They were among 649 campers at MC for the week in late June. The Minneapolis area visitors hope to return to MC next summer.

But the Minnesotans may have traveled the longest distance. Snezhana Medvedouski, 11, came from the Land of Ten Thousand Lakes to share her funny story about her unusual nickname of “Sneezy.” Evidently, people couldn’t remember the girl’s first name!

The Minnesotans embarked on their lengthy return home on June 24. Along the way, the boys, girls and adults would exchange plenty of Mississippi College stories. Later, they shared their experiences with church pastor Igor Melnichuk back in the Twin Cities.