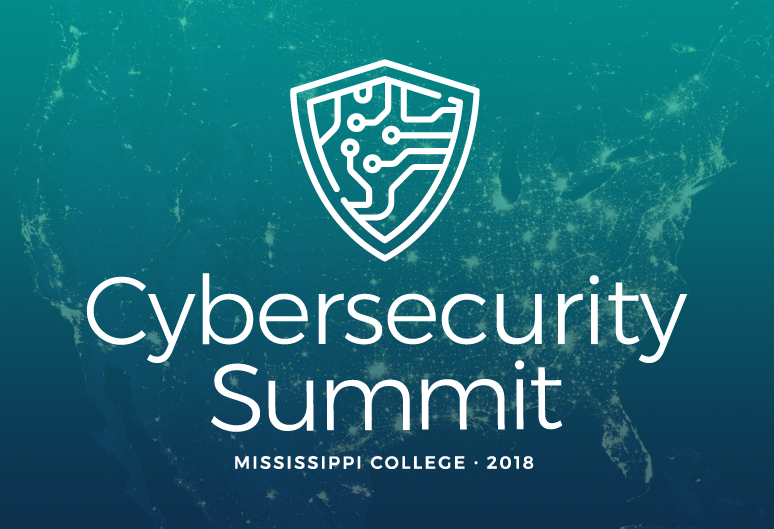 Hackers continue to steal massive amounts of money and gain access to sensitive information around the globe.

The Mississippi College Cybersecurity Summit is designed to raise awareness about the timely topic during a series of meetings April 10-11. It is open to the public and professionals.

“Almost every day, news broadcasts contain stories of horror about cybersecurity – some company is at risk or some person is at risk for a breach of their information,” says Graduate School Dean Debbie Norris. “This can cripple companies and cause fear for individuals.”

In January, more than $500 million in cryptocurrency was stolen by hackers impacting a major Japanese exchange. It was the world’s largest cryptocurrency theft. And it won’t be the last, reports a Wall Street analyst.

Just about everyone faces similar risks. Norris believes the Mississippi College conference will assist businesses of all types as well as members of Mississippi communities. The summit, she said, will equip people with the best and latest information to address these difficult issues.

Norris is working with MC professors, staff and others to make the 2018 conference a success.

The urgency is there to step up security strategies and examine a host of avenues to combat serious problems. Officials estimate the global cybersecurity market will reach almost $200 billion in less than five years.

Other MC leaders believe the conference will benefit average citizens as well as professionals. The summit is needed more than ever, they say.

Terrorist attacks on American soil in 2001 ushered in a new era. “It was an era for which Americans were quite frankly ill-prepared,” says MC professor Godfrey Garner. He teaches classes on homeland security and global counter-terrorism. “The new America in which we find ourselves is characterized by threats we never imagined and now face.”

One such threat, he said, “is to our highly cyber-dependent, and, therefore, vulnerable infrastructure system.”

MC computer science professor Melissa Wiggins points to cyberspace as the new battlefield. “We bring technology into our homes and lives with no thought of making sure it is secure.” Children, she said, “are at risk of losing not only their identity but are in danger of becoming victims of human trafficking and recruitment from terrorist groups.”

MC offers a graduate program and certificate program in cybersecurity studies, a booming field on campuses nationwide. It’s happening as groups like ISIS and the Taliban continue to recruit children and women to carry out terrorist bombings worldwide.

Speakers at the conference will include Maeghin Alarid, a lead policy analyst with Toeroek Associates of Colorado Springs, Colorado. She was a terrorism instructor at the Defense Nuclear Weapons School and is a published researcher.

Other speakers are Mark Goldman, senior executive, entrepreneur and board member with SCOUT in Atlanta, Georgia. Also: Greg Hofstrand, chief operating officer and director of SETA Operations with Independent Software of Baltimore, Maryland.

Joining the lineup is Trent Townsend, a Mississippi College graduate from Clinton, and chief executive officer with Next Step Group, Inc. He brings 15 years of working in the cybersecurity field. Wesley McGrew, director of Cyber Operations with HorneCyber of Memphis, Mississippi College law professor Alina Ng, and Research Director in Gartner's Technology and Service Provider group, Craig Lowery are among other leaders addressing the conference.

Professionals signing up can earn continuing education credits at the two-day summit. The first conference evening event in Swor Auditorium is free to the public. The second day will cost $150 for the general public, $75 for educators and $30 for students. There’s a 20 percent off early bird discount for people who register by March 1.