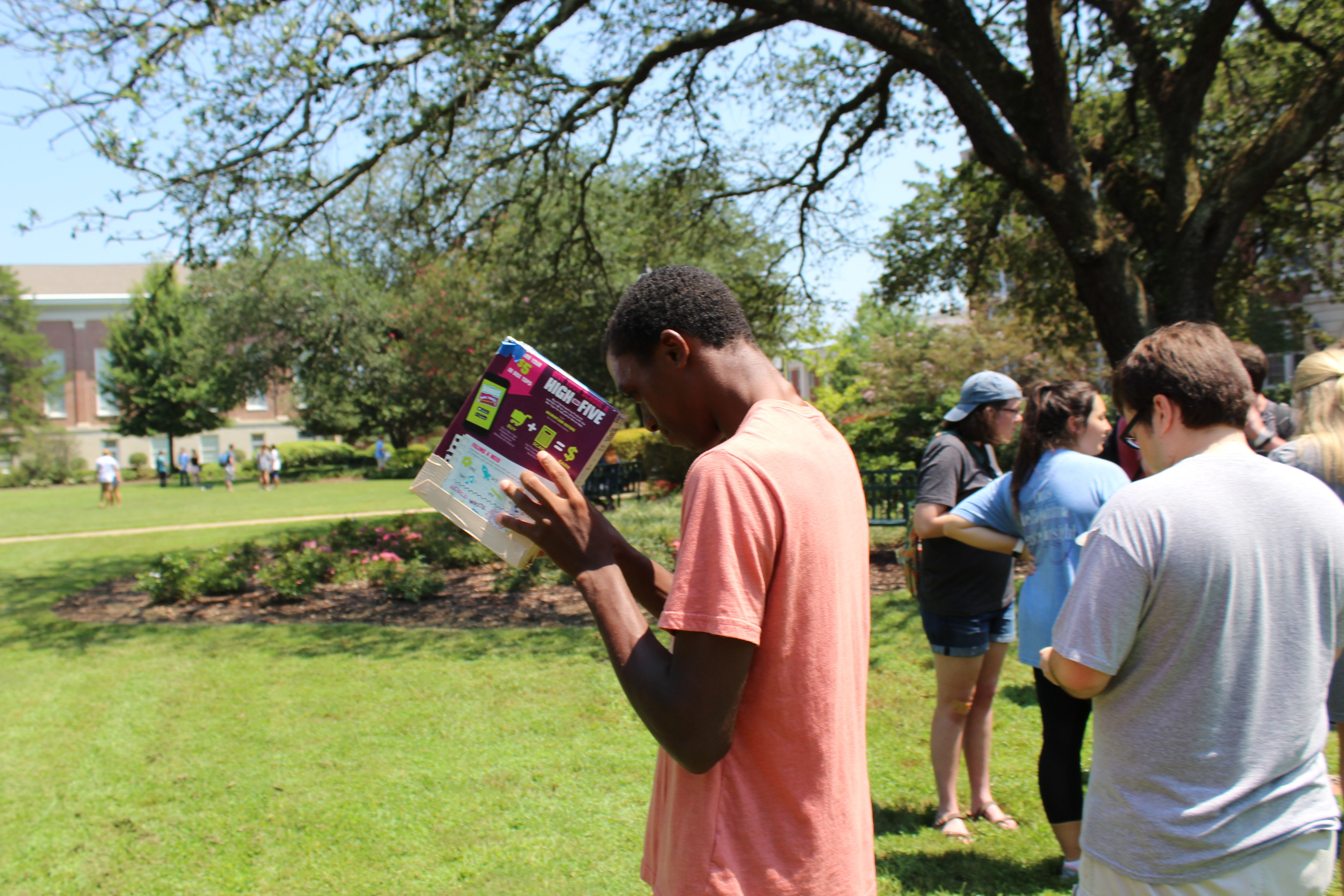 MC student Allen Fletcher, 20, of Pearl views Solar Eclipse as he joins other watchers on the Clinton campus August 21.

Watching the Solar Eclipse through a cereal box proved to be a fantastic experience for Allen Fletcher.

A 20-year-old Mississippi College student, Fletcher was part of the Solar Eclipse watch party on the university’s Quad. On August 21, millions of people watched at the same time, from California to the Southern states.

“It was a great experience for me and everyone worldwide,” says Fletcher, a Pearl High graduate. It brought together people of all points of view for a few hours. Differences were put aside as folks looked up as the moon blotted out the sun.

“They came together for one reason and one reason only and that was to watch the solar eclipse,” said the MC marketing major who peered into his cereal box near Nelson Hall.

As people on the Clinton campus shared special viewing glasses, or captured amazing images on their cell phone cameras, Allen made lots of new friends at MC.

He focused on scientific history in the making, an event that some astronomers called the biggest sky-watching event in human history.

The next total Solar Eclipse in portions of Mexico, the Central United States and Eastern Canada is scheduled for April 8, 2024.

Expect Allen Fletcher to be one of the American watchers in seven years. “This was one of my best experiences I ever had. I really hope to do it again someday.”

Professor John Hunt, who loves doing interesting scientific experiments in his classrooms, wouldn’t have missed it for the world.

“I like what happens during a solar eclipse. For example, air temperature seems to drop, the humidity level also drops and birds turn silent,” Hunt said. “Then, when the sun appears again, insects in great numbers start flying.”

Educators with the California Academy of Sciences, at Vanderbilt University in Nashville, and at many other institutions learned from the latest eclipse.

It was not the first one for John Hunt, a leader with Mississippi College’s STEM Institute.

Hunt vividly remembers seeing one in Grande Mere, Quebec when he was taking a graduate astronomy course at Oneonta State University in New York. His professor drove the students to Canada to see it decades ago.

“There were no differences between the one on August 21 and the one in Canada,” Hunt said. “I do plan to attend the next one in Texas.”

Many people who witnessed the path of totality this summer will do the same.