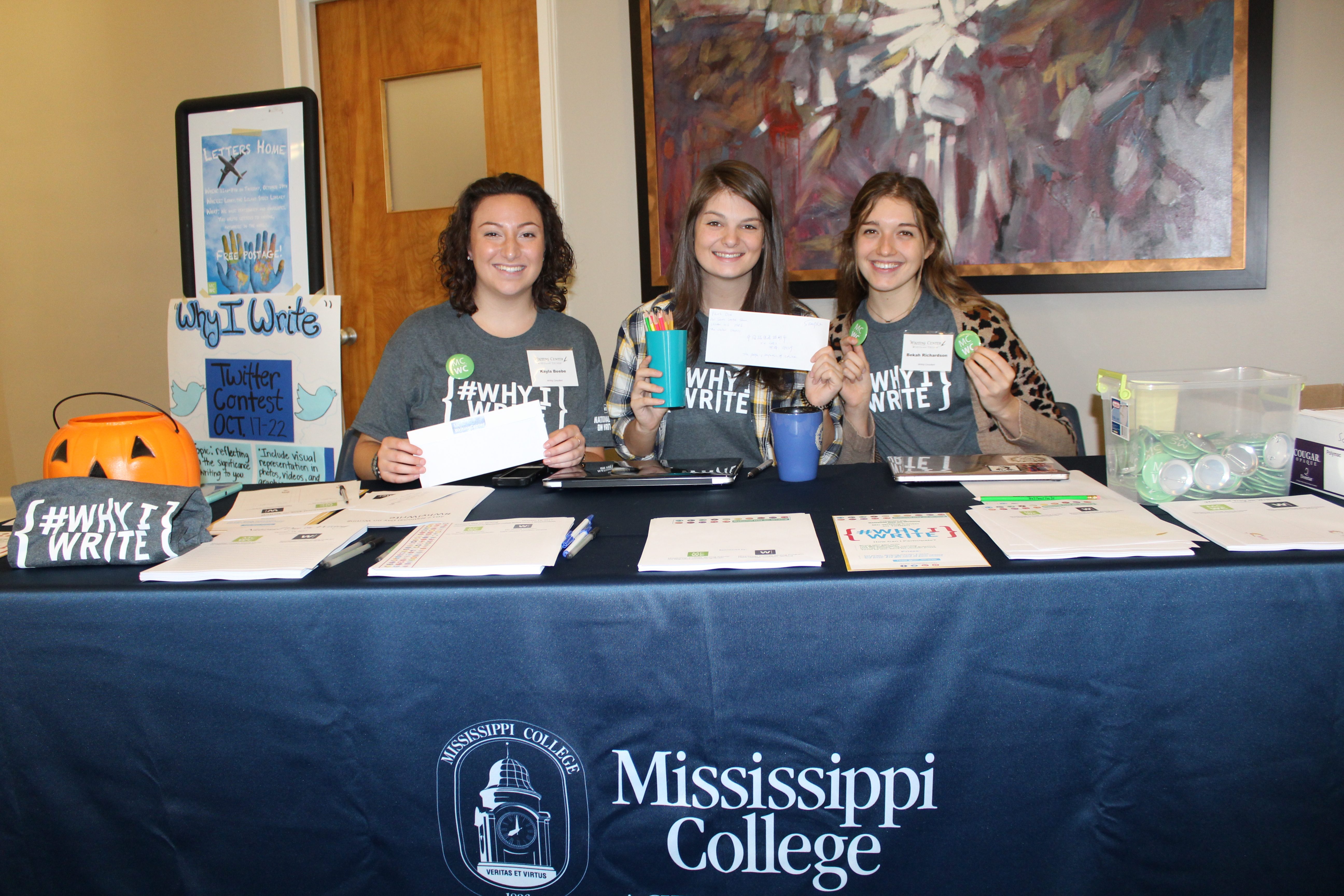 Civil War soldiers wounded on the battlefield in Gettysburg, Pennsylvania penned blood-stained letters to loved ones far from home.

For well over a century, writing letters home remained a popular form of communication for American soldiers during times of war and peace. But around the world, it’s a dying art.

On October 19, Mississippi College students helped revive the spirit of letter writing. At the Leland Speed Library, they joined the National Day on Writing celebration.

The National Council of Teachers of English founded the event in 2009, and it’s been going strong ever since.

Student tutors from the MC Writing Center made things easy by handing stamped envelopes, paper and pencils to participants.

Mississippi College senior Bekah Richardson, 21, of Birmingham, Alabama joined the fun by writing a letter to her “mama” Yolanda, who lives in Spain. The education major studied abroad in Spain and wanted to catch up with the hospitable woman who meant so much to her. The MC Writing Center tutor mailed a letter to Yolanda on her birthday a few months ago.

On a library table loaded with chocolate treats and stacks of paper, MC Writing Center tutor Kayla Beebe stayed busy. The Midland, Michigan resident was crafting a letter to her brother, James, a Michigan Tech student.

When was the last time Kayla received a real letter in the mail? It arrived in late August from a college friend.

Some MC students remember getting their last written letter two years ago.

Writing letters is definitely old-school as billions of people around the world rely heavily on social media, cell phones and email to communicate.

Still, by the first hour of the National Day on Writing, Mississippi College students finished writing 20 letters to friends and family. Some international students sent letters to loved ones as far away as China.

The MC Writing Center and the English Department’s Writing Program teamed to sponsor the annual event on the Clinton campus.