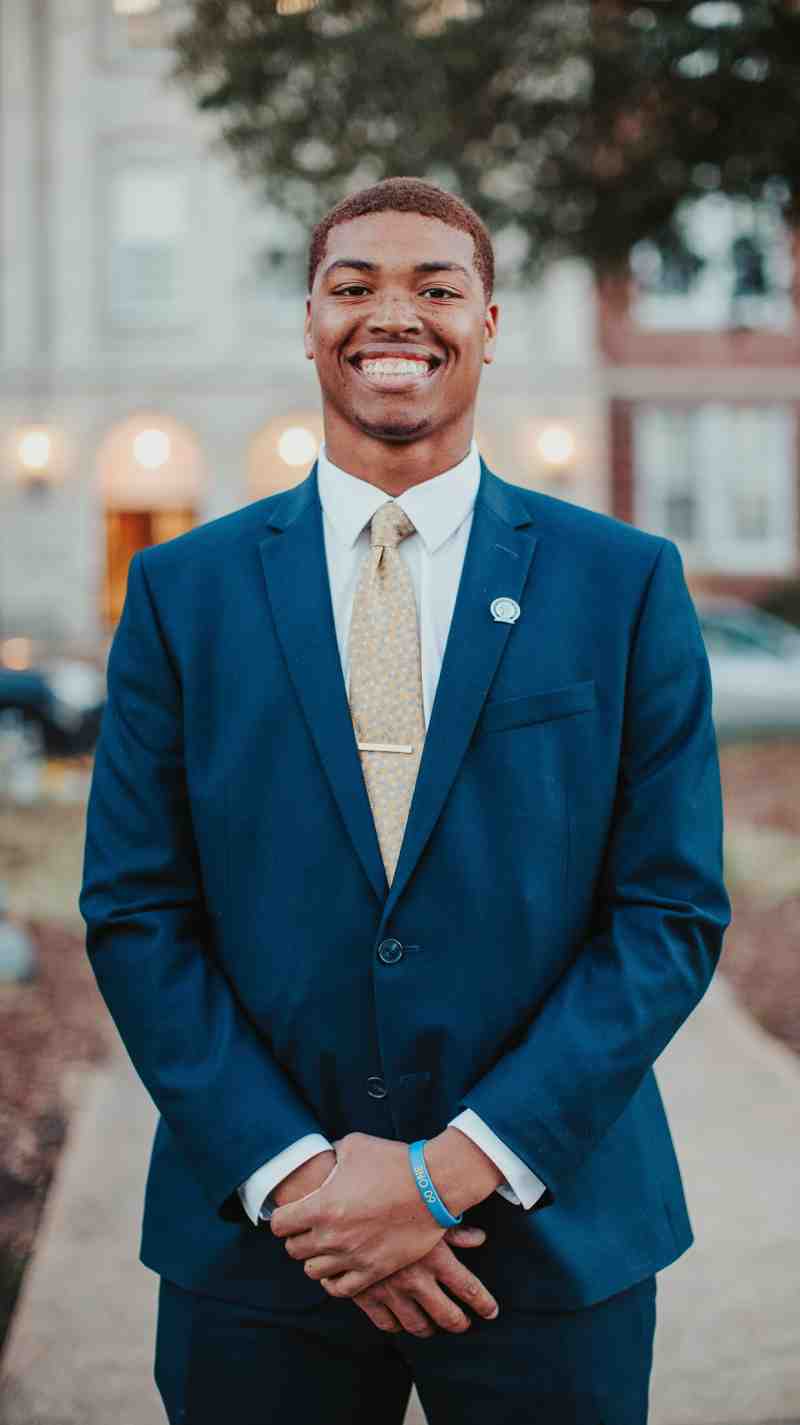 The date is April 11 when a newest slate of SGA leaders takes office. It promises to be an interesting year ahead. During his March 29 inauguration, President Blake Thompson announced the creation of an Honors College beginning this Fall. He also unveiled the expansion of the Christian university’s international programs. Close bonds with students remain high on Dr. Thompson’s agenda.

Days before leading SGA, Feazelle, 20, credits God along with his parents, both Hancock High teachers, for helping him achieve success in life.

“Outside of the Lord, I credit them for everything I have in this world,” Aaron says of his parents, Shawn & Vickie Feazelle.

Wonderful friends assisted the business administration major and Writing Center tutor along his journey. The 6’ 4” tall Diamondhead resident has a jewel of a friend in outgoing SGA President Anthony Jackson.

“Anthony is one of my best friends and definitely had the most influence on me since I’ve been here,” Aaron Feazelle said. “From his actions, words and strong foundation of faith, I have been able to grow into the person I am now.”

A Mound Bayou resident, Anthony Jackson blazed a path a year ago as Mississippi College’s first African-American to serve as SGA president on the Clinton campus.

Wearing No. 9 for the Blue & Gold, Aaron Feazelle enjoys building friendships with his student government teammates. He served as chief of staff with the SGA’s Executive Council this past year.

Running for a seat in the Mississippi House to represent his Delta district, Anthony Jackson has developed a good taste for politics and people. A political science major, Anthony believes the future shines bright for his successor.

“The sky’s the limit for this kid,” Jackson said. “Aaron will exceed whatever expectations are placed upon him,” he added. “Aaron’s greatest strength will be his ability to relate to the entire student body. He will forever be No. 9 on the field, but No. 1 in our hearts.”

Sports is very much in his future. Aaron Feazelle wants to pursue an MBA, then earn a sports law degree. He envisions becoming a sports agent in a world where elite professional athletes are signing phenomenal multi-year deals exceeding $400 million.

Outside the sports universe, education remains a Feazelle family priority. An older brother attends Mississippi State University and a younger sister is enrolled at Georgetown University.

A Hancock High graduate, Aaron seeks to help the SGA Executive Council carry out its mentorship plan in 2019-20. “One goal I have for the student body is to get more voices heard, trying to reach out to more groups and get them involved.”

Newly elected vice president Damon Wright is eager work with his Gulf Coast friend again. The two student-athletes were teammates under Choctaws football coach John Bland. “Aaron is a phenomenal player and an even better person,” said the resident of Hoover, Alabama. “He brings a standard of leadership and high character that will bring SGA together.”

Others in SGA’s new lineup of officers: business manager Issac Davis of Mt. Pleasant, Iowa, chief justice Samuel Brown of Rose Hill and Sara Grace Duncan as Christian development coordinator. Tatum Folmar of Laurel will serve as a leader with the Executive Council at the Baptist-affiliated university.