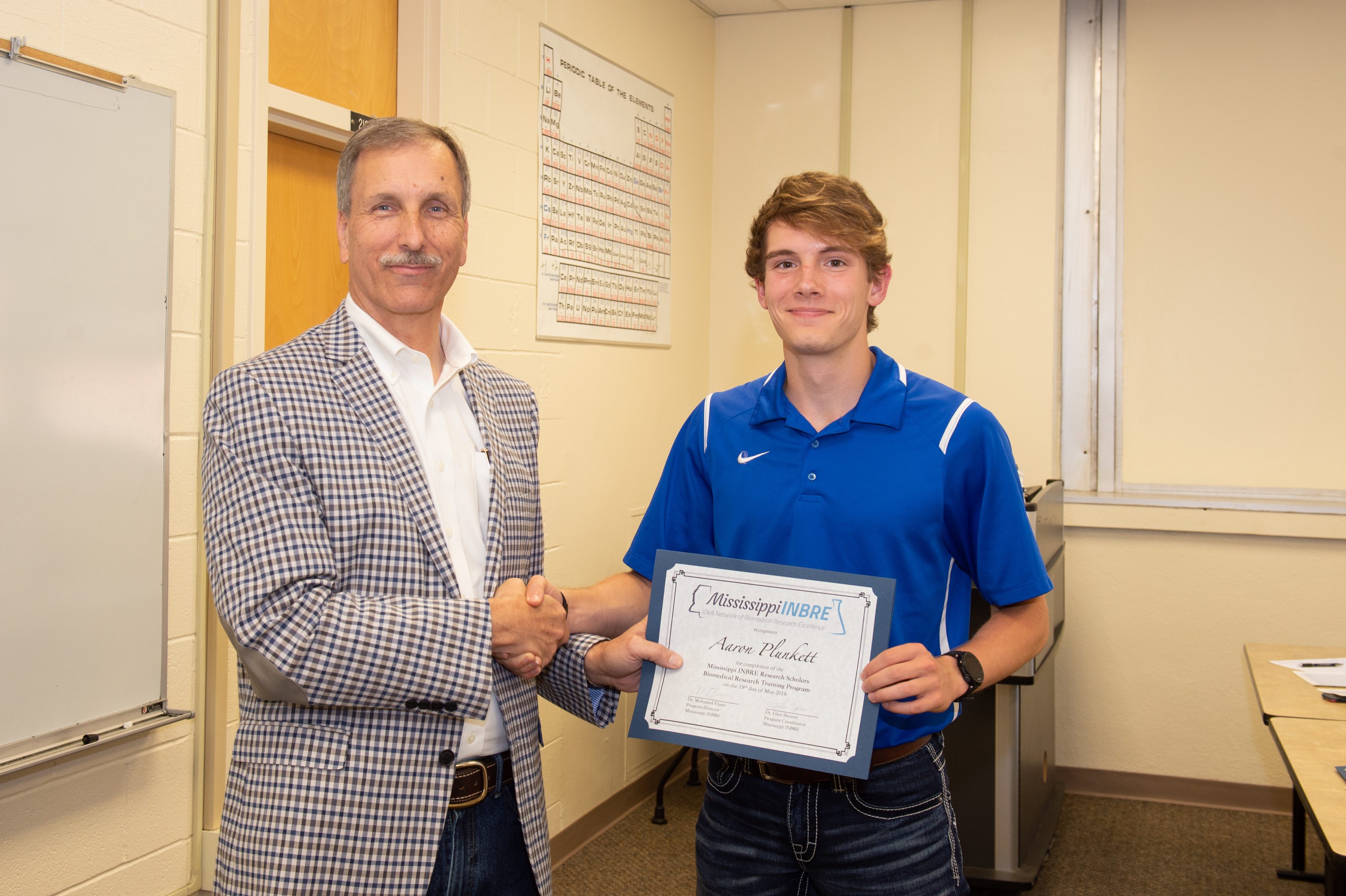 Running the Choctaw Trails as a member of the Mississippi College cross-country team is part of Aaron Plunkett’s journey.

He’s just as competitive on the MC track team on the Clinton campus. Aaron remains equally zealous about maintaining a perfect 4.0 average as a chemistry major to prepare for medical school.

Plunkett has his heart set on becoming an orthopedic surgeon. The 19-year-old Monticello resident desires to give back to the medical field in his native Mississippi.

Altering his career path, doctors and other health professionals helped the Lawrence County teen recover from an automobile accident two years ago. Aaron sustained serious injuries after his Toyota Tundra crashed into a tree when he fell asleep at the wheel. Aaron was on his way home after track practice at Columbia Academy towards the end of his junior year. The Columbia Academy standout didn’t know if he would be able to run again.

The son of Michelle and Thomas Plunkett, Aaron told his story to “The Brookhaven Daily Leader” in late June.

“The Lord had his hand on him,” his mother said after he healed from the accident.

An orthopedic surgeon worked on his leg and Plunkett was able to run again after spending a year in rehab. The accident led the teen to reevaluate his priorities and focus on a medical career in the Magnolia State.

Initially, “I was told I should find a different hobby and that I would most likely never run again,” Plunkett said. “Through orthopedic surgery on my patella tendon, it enabled me to run.”

Aaron was named the Columbia Academy track and field outstanding distance runner in 2017.

This summer, more good things happened. Aaron Plunkett became one of 34 students selected for an internship at an innovative biomedical research program. The program is based at the University of Southern Mississippi.

It is known as the IDeA Network of Biomedical Research Excellence Internship. “Through this internship, I have been exposed to many new lab techniques. I’ve also learned the importance of research in biomedical innovation.” He’s researched the effects of mast cells in food allergies, among other things, in a lab on the Hattiesburg campus.

What attracted him to Mississippi College? The modern cadaver lab on the Clinton campus was one of the biggest draws, Aaron says. So was MC’s excellent pre-medical program.

“I believe MC has all of the tools necessary to prepare me for medical school,” the Lawrence County resident says. “Mississippi College also provides many opportunities to learn outside the classroom.’’

Dr. Hensley is delighted to hear about the student’s string of academic successes and career plans. “He’s a very bright student.”

In early July, Aaron looks forward to wearing the Blue & Gold again in a few weeks on the Choctaws cross-country team. He’s no star, but just enjoys the thrill of running in Gulf South Conference meets, home and away. “I love that I can compete in athletics, while still being able to focus on academic goals.”