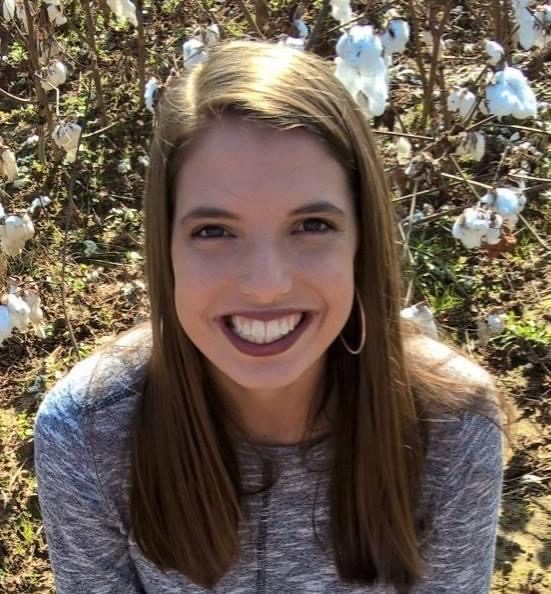 Mississippi College senior Kennedy McCurdy fell in love with the atmosphere at MC as an eighth-grader attending a Centrifuge camp.

Part of the delegation of visitors from Cairo Baptist Church in Southwest Georgia, Kennedy discovered the Clinton campus for the first time in the summer of 2014.

Fast forward to January 2021. And the Christian Studies major is delighted to be the recipient of a new scholarship from Alta Woods Baptist Church in Jackson.

“I plan to work within a church or Christian nonprofit directing and leading missions,” Kennedy says. “This scholarship was a reminder from the Lord,” says the wife of Forest church youth pastor Blake McCurdy. “He will provide in every season of life He brings me through.”

Senior pastor at the South Jackson church, Burn Page, is delighted to announce her selection for the award. He also chairs MC’s Christian Studies Department.

The 20-year-old comes with strong credentials. Kennedy is on track to graduate from Mississippi College in May. In the fall, she begins work on her master’s in divinity with a specialization in Christian education at New Orleans Baptist Theological Seminary.

“Kennedy is a wonderful young lady who is an excellent student and has a vivacious personality,” he said. “She also has a heart for missions. I am delighted she plans to do graduate work at NOBTS.”

Kennedy is grateful for the support from Dr. Page and the Alta Woods congregation at 168 Colonial Drive. As part of the Jackson community for more than seven decades, the church seeks to reach people for Christ in a variety of ways. Its diverse missions work with the Blair E. Batson Hospital’s Children’s ministry, the women’s prison ministry, and Operation Christmas Child, among others. Since June 2016, the church has partnered with Jackson’s New Jerusalem Baptist Church. Both Mississippi churches share the 1,200-seat sanctuary and other facilities.

McCurdy’s undergraduate concentration at Mississippi College is focused on missions. Asked about her plans in five years, Kennedy hopes to teach in a Christian Studies Department once she earns a doctorate. “I have a passion for teaching the Word at a deeper level. I love seeing the Bible come to life.”

The sky’s the limit for the graduate of Thomas County Central High in Georgia. Kennedy spent one year at Union University in Jackson, Tennessee, before transferring to Mississippi College.

Kennedy may not be the only MC Choctaw in the family. Her sister, senior Morgan Ward, 17, is considering MC as her college choice for Fall 2021.

Other major life events are happening for the McCurdy family in the next few months. The Scott County couple awaits the birth of a baby two weeks following Kennedy’s May graduation at Mississippi College.