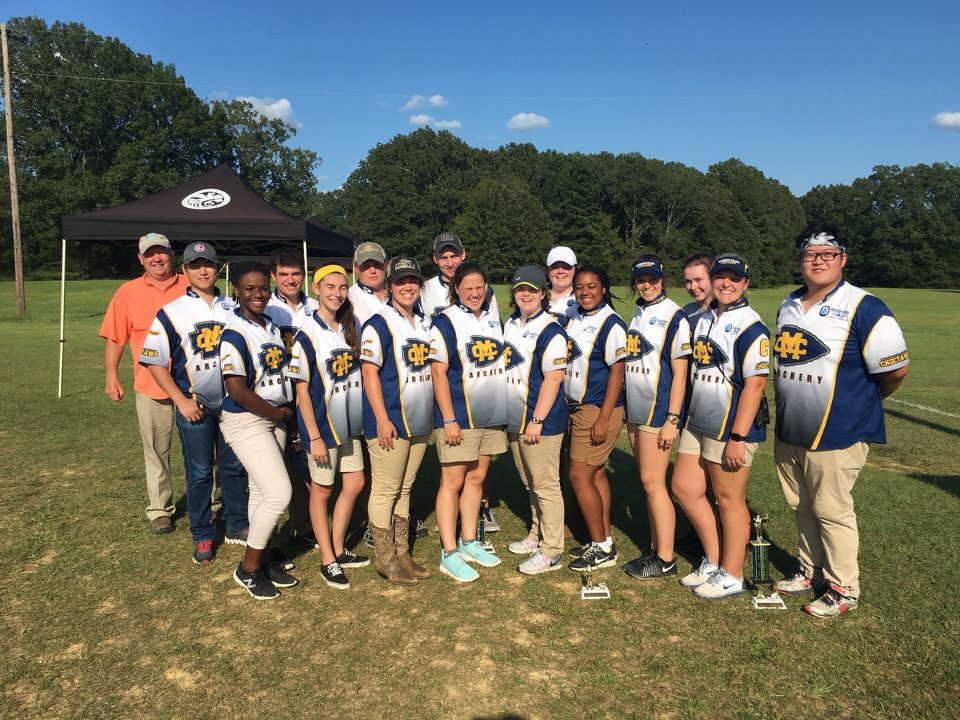 But the MC senior is really pumped because Clinton will host about 200 archers from across the USA for the 2018 national collegiate championships in May.

The 21-year-old Petal resident sees only positives from MC’s hometown hosting the tournament.

A Petal High graduate, Hamilton sees it as “an awesome opportunity” for the tournament coming to Clinton. It starts with an official practice session on May 10, followed by three days of completion. The event ends with a Sunday evening awards banquet on May 13.

The planning has already started. No doubt, the Magnolia State’s welcome mat will be tossed out for all competitors to enjoy the four-day experience. Hosting the United States Intercollegiate Championships is really a huge deal, team leaders say.

“The tournament will bring close to 200 archers, their parents, coaches as well as spectators,” Hamilton said. It can’t hurt the local economy. Visitors will spend money in area restaurants, stay a few nights at local hotels, pay for gasoline and do a little shopping.

The national tournament will also deliver a nice shot in the arm for MC archery team recruiting.

“Not many people even know that Mississippi College has an archery team,” says Morgan Hamilton, a sports management major on the Clinton campus. “Hosting this tournament is going to put us on the radar.”

The nine Mississippians on the Mississippi College team are: Hamilton and freshman Jaci Wesson, both of Petal, sophomores Alison Freeman and Emily Hootsell, both of Natchez, plus freshmen Jacey Wall of Hattiesburg and Amber Henry of Harrisville. Kaitlyn Tullos, a junior from Florence and sophomores Alisa Promise of Monticello and John Stanford of Water Valley round out the Mississippi archers.

Archers who excel with bows & arrows in hand will come from schools as far away as California and the University of Wisconsin Stevens Point. Some of the newer teams from around the nation include Liberty University in Virginia and Hofstra University in New York.

The U.S. Collegiate Archery Association is based in Mission Viejo, California. The fast-growing sport is catching on at high schools across the USA. The Clinton High Arrows is the name of a new archery team this year. Clinton High is located a few miles from the Mississippi College campus.

Open to men and women, MC archery team members practice hard as students hit targets indoors and outdoors all season. They also make time to hit the books. In December 2018, Hamilton will receive her bachelor’s degree in kinesiology with a minor in business administration at the Baptist-affiliated university.

MC Vice President for Enrollment Services and Dean of Students Jim Turcotte will be among the university leaders working behind the scenes to make the 2018 national championships a success. The Clinton resident oversees the archery squad, equestrian team, bass fishing and clay shooting at Mississippi College.