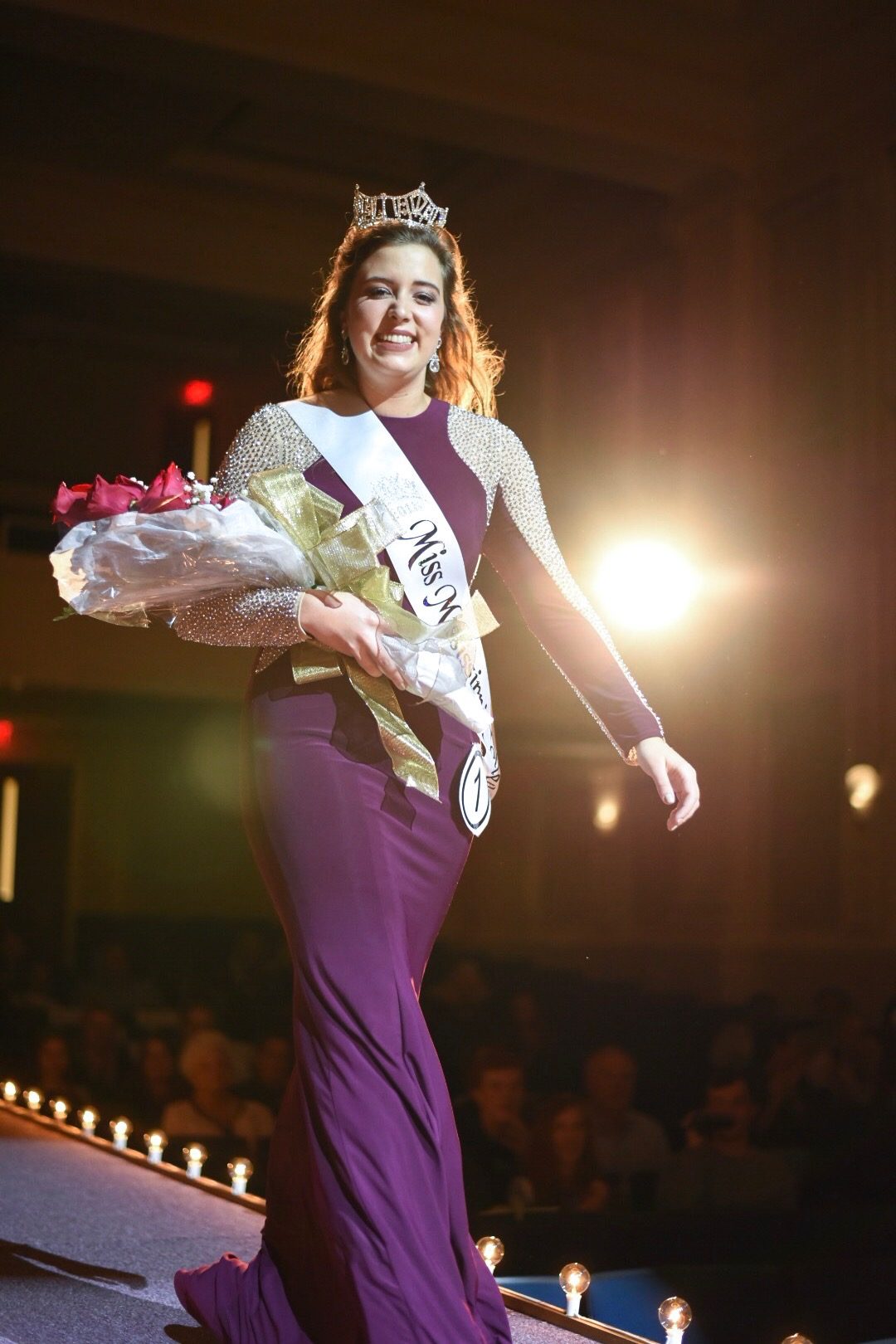 A 19-year-old sophomore, Arleigh is an English writing major from Vancleave on the Mississippi Gulf Coast.

“MC has been a place for me to grow as a woman of the Lord, and a student. MC has also become a home to me.”

On February 1, Seymour prevailed over three other contestants for the title on the Clinton campus. She succeeds Jesse Bingham, 21, of Terry. Jesse gave the glory to God for making it happen when a door opened for her to become Miss MC in the Fall 2017.

Prior to the 2018 pageant at Swor Auditorium, Seymour wanted to impress the judges with her talents on stage Thursday evening. Now Arleigh is overjoyed to wear the university’s crown for the next twelve months.

“I would love to serve the university that has offered so much to me and blessed me abundantly,” Arleigh said. “I wanted to come to Mississippi College because I knew that it would be a place for me to grow in every aspect of my life, especially with my faith.”

The MC pageant offers students the opportunity to earn scholarships. There is $2,500 awarded to the winner, with $1,000 going to the runner-up and $500 to the third-place finisher.

Each year, contestants say the pageant helps them grow as student leaders, offers challenges and builds friendships. Students competing show off their talents, take part in a brief “commercial” about Mississippi College and field questions from judges.

Winning the MC pageant is one of many things that Arleigh Seymour wants to achieve in her life.

The Mississippian seeks to become a writer for a non-profit ministry and pen devotionals for teenage girls.

Her pageant platform is named the Immeasurable Movement. With this, Arleigh hopes to “encourage young girls that they do not have to measure to the standards of this world, because Christ loves us just as we are. He doesn’t need us to fit a mold or standard for Him, for with Him, we can come exactly as we are.”