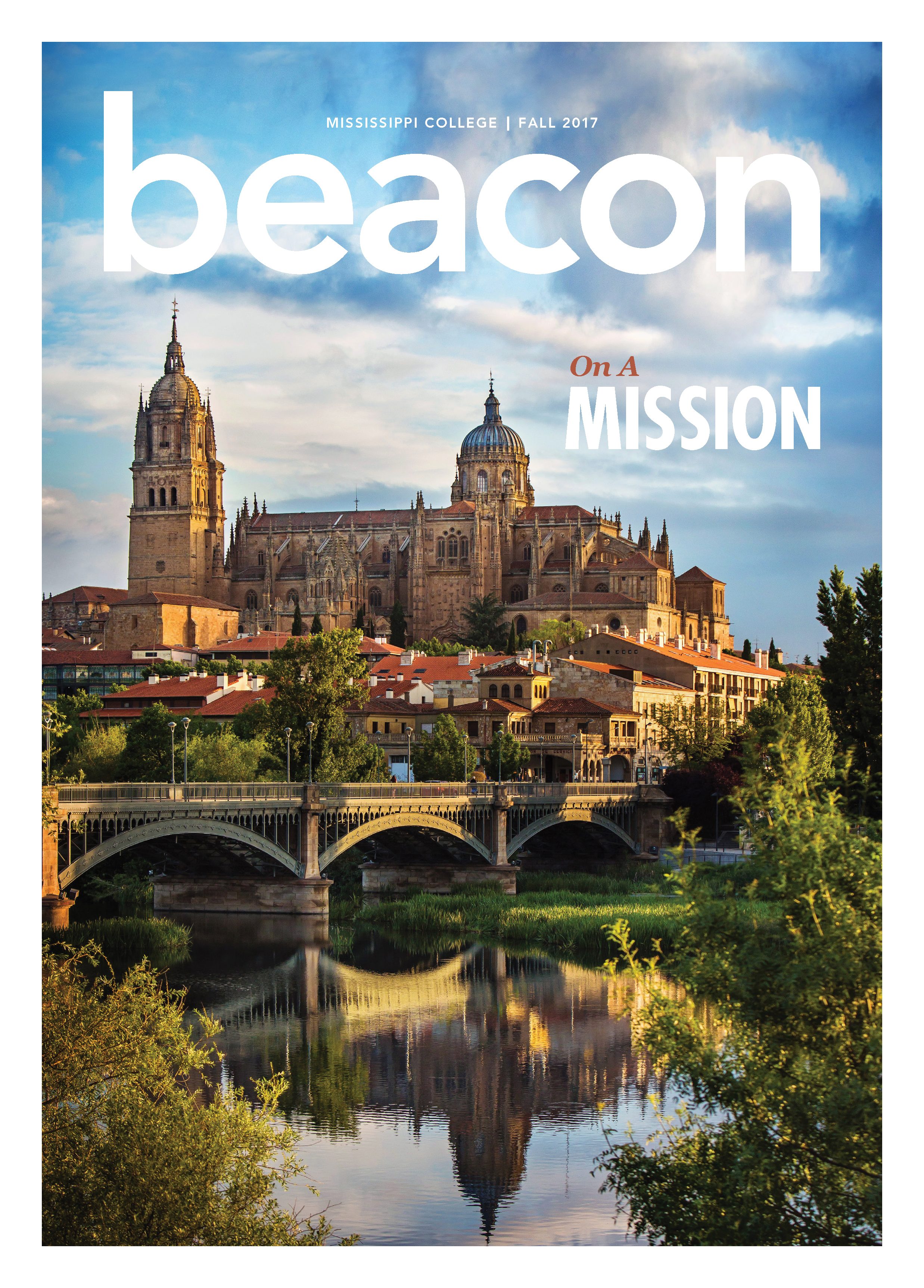 A total of 215 awards went to representatives of universities, seminaries, and other organizations from 18 states comprising the BCA. Best overall print and online publication went to the “Beacon” as well as No. 1 in design at the awards dinner in late April near Washington, D.C.

Marlo Kirkpatrick, the magazine’s contributing editor, was ecstatic, after getting word about the latest “Beacon” awards.

Serving as a “Beacon” team member has been a tremendous honor and remains a leading career highlight, she said.

“Led by editor Tracey Harrison, we have the opportunity to share positive inspirational stories that touch our readers,” Kirkpatrick said. “It shows God at work in the lives of ordinary people doing extraordinary things.”

Both professionally and personally, the Mississippian has seen her life changed by playing a key role with the alumni publication at the Baptist-affiliated university.

“Not to mention that the stories we cover for Beacon provide me with amazing dinner party conversation,” Kirkpatrick added with a smile.

MC’s public relations director, Harrison thanked the magazine’s hard-working and talented staff. “I’m proud of the work we do together and how it honors God,” said the Mississippi College graduate. “Giving Him the praise!”

Besides the focus on missions in Spain, the magazine published stories on the MC School of Business receiving accreditation from the Association to Advance Collegiate Schools of Business International.

The 2017 Spring Scholarship banquet featuring former U.S. Secretary of Defense Chuck Hagel was another one of the stories covered at the 5,200-student university.

The Fall 2017 magazine cover featuring the Cathedral of Salamanca in Spain shot by “Beacon” photographer Robby Followell received two first place awards for design in the BCA contests. Robby is a 2007 MC graduate and owner of a thriving photography business based in Clinton.

Harrison wears another hat in the community as the Clinton Chamber of Commerce president. She’s anxious to see the next “Beacon” published soon.

Receiving the premier awards in the Baptist Communicators Association competition made Tracey’s week extra special at her alma mater. “It’s an honor to see our team rewarded for their hard work and creativity on a national level. It speaks to their dedication to produce a high-quality print and online magazine.”