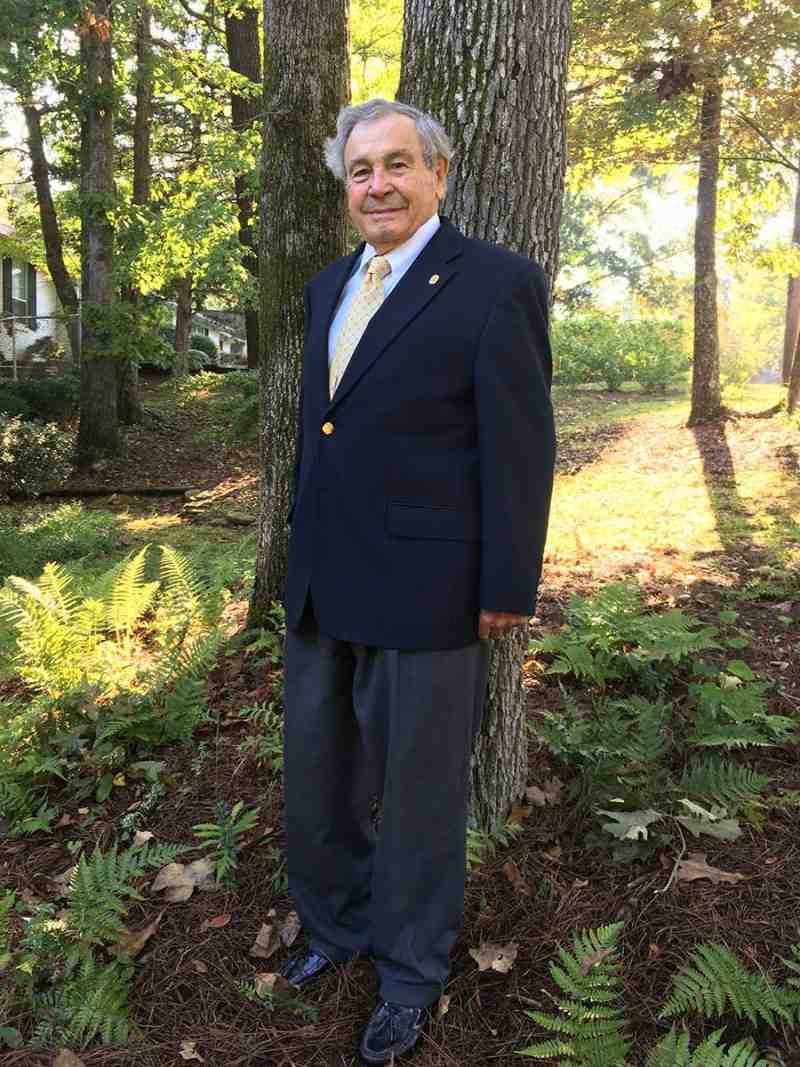 For the many accomplishments during his storied career, and longstanding leadership in MC circles, Dye is being honored as the Christian university’s 2018 Alumnus of the Year.

A 1954 MC graduate, Dye worked in the U.S. Attorney’s Office for the Northern District of Mississippi. He retired in October 2004 as chief of its Civil Division after more than 36 years of service.

A former member of the MC Board of Trustees, Dye will be honored at the university’s Homecoming on October 26. He will join other notable MC graduates saluted at an awards dinner on the Clinton campus. The Friday evening event at Anderson Hall begins at 6 p.m. Tickets are $25.

“Being named MC Alumnus of the Year, I was totally surprised and so honored,” Dye said.

He’s completely sold on the benefits of an education at America’s second oldest Baptist college.

“Mississippi College provided a wholesome environment for a young person to get an education,” the Mississippian said. “We were encouraged to worship and provided an opportunity to do so. We participated in sports and many varying activities. Today, I believe that environment still exists.”

He’s a frequent visitor to the Clinton campus, and finds students to be friendly and welcoming.

Each year, Bill and his wife, Carole, host a dinner for alumni, parents of MC students and university friends at their Oxford home. The Dyes support student scholarships at their alma maters, Bill at Mississippi College and Carole at Millsaps. Bill Dye is a formerofficer with the MC Alumni Association.

Active in their community, the Dyes are members of the Rose Society of the University of Mississippi Women’s Council. They support the Ole Miss Foundation and the Yoknapawtapha Arts Council.

Bill grew up in Mashulaville, a rural community in Noxubee County. He attended Mashulaville Agricultural High School through the 10th grade until school consolidation led him to Macon High. His initial plans were to attend Millsaps College in Jackson. But after three Macon classmates chose Mississippi College, he enrolled on the Clinton campus.

As an MC Choctaws student-athlete, Bill excelled on the football team and as a long distance runner. He earned four letters in track, serving as captain of the track and cross-country teams during his senior year.

After a three year stint in the U.S. Army, Dye spent nearly five years at the Metropolitan Life Insurance Company. He left as an assistant manager to enroll at the Ole Miss Law School. Bill served as president of the Law School student body and wrote for the Law Journal. After a clerkship at the Mississippi Supreme Court, he worked at an Indianola law firm before joining the U.S. Attorney’s Office in Oxford.

“Bill Dye faithfully and with great integrity served the state and nation for many years in the U.S. Attorney’s Office,” Taggart said. He did so without fanfare. “He was living out the conviction that he was placed there to live out Christ-like principles in the administration of justice.”

Bill Dye is a Fellow of the Mississippi Bar and a member of the Lamar Order of the University of Mississippi School of Law. He’s been an active member of the Rotary Club for more than 50 years. In addition, Dye is a member of First Baptist Church Oxford where he served as a Sunday School teacher. His hobbies range from tennis and reading to tree farming, hunting, pickleball and traveling.