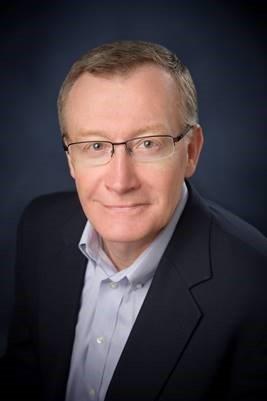 For more than three decades, Randall W. Crenshaw has served as an innovative leader with CommScope. The high-tech American firm helps companies around the world design, build and manage their wired and wireless networks.

Rising up the corporate ladder at CommScope, Crenshaw has many accomplishments in the rapidly changing industry. His successful work over the years is getting noticed at Mississippi College and elsewhere.

A 1978 MC graduate, Crenshaw will be saluted as co-recipient of the Christian university’s Order of the Golden Arrow Award. The Texan travels to the Clinton campus to receive the honor at MC’s Homecoming awards dinner on October 20. Tickets are $20 for the 6 p.m. program that Friday evening at Anderson Hall.

Mississippi College School of Business Dean Marcelo Eduardo believes the university made a superb choice in selecting Crenshaw for the award.

“Randy Crenshaw has been instrumental in making CommScope one of the leading communication companies in the world,” Eduardo said.

“His ability to run such a large and diverse company in such an efficient and successful manner speaks by itself of his talent as a manager and leader,” Eduardo added.

“Randy’s support for our educational endeavors has left an enduring effect for our graduates,” Eduardo said. His generous support to MC business students is much-appreciated on the Clinton campus.

Crenshaw will join thousands of MC graduates around the nation taking part in Homecoming festivities from Oct. 19-21. Events include the Homecoming Parade on October 21, the MC Choctaws football game with West Georgia that Saturday in Robinson-Hale Stadium, and delicious tailgating on the Quad.

Crenshaw is the Order of the Golden Arrow Award co-recipient this year, sharing the honor with Alabama resident Bob Terry. A 1965 MC graduate, Terry serves as president and editor of the award-winning “Alabama Baptist” newspaper based in Birmingham.

For more information on MC Homecoming events, contact Lori Bobo of the Alumni Affairs Office at 601-925-3252 or lbobo@mc.edu