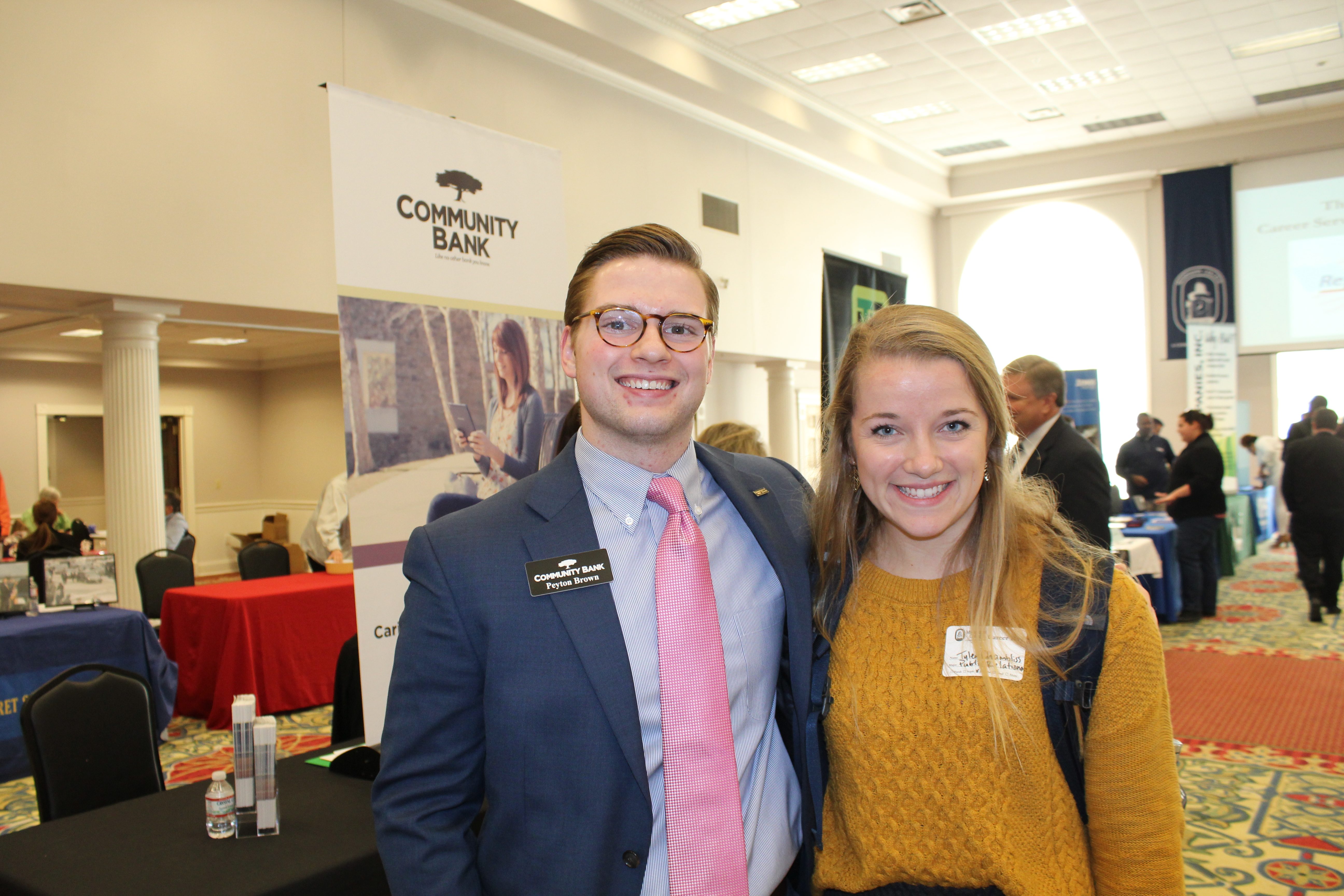 There were 81 employers sizing up hundreds of students at the university’s 2018 event on the Clinton campus February 13. Openings were plentiful and so were internships.

MC’s electrical engineering program attracted the attention of people at the huge Nissan plant in Canton. But so are majors like business and communications, says Nissan recruiter David Nieminen, a 1999 MC graduate.

Nissan employs nearly 10,000 people at its Canton site. “Opportunities are ongoing,” at Nissan operations in Mississippi and around the globe, he said.

MC electrical engineering majors like Thomas Hamrick of Houston, Texas and Samantha Tidrick of Biloxi stopped by the Nissan table during the four-hour event at Anderson Hall.

“This was my first time and it seems to be very diverse” with all types of companies represented, says Tidrick, 20, an MC junior. “I’m hearing about internships. It was nice to see people face to face.”

It was like old times for a number of employers returning to their alma mater.

A year ago, Mississippi College senior Peyton Brown of Brandon was busy hunting for a job at MC’s Career Day. On Tuesday, the MC graduate was recruiting students as a credit analyst with Community Bank. Peyton once served as an MC orientation leader. Now he’s telling prospective employees about the benefits of working at the bank.

MC public relations major Tyer Chambliss of Mobile, Alabama was among the students expressing interest. It wasn’t her only stop at Career Day. “I’ve talked to a few.”

The MC Career Fair comes amid reports of a bright USA economy. Fueling the optimism were the tax cuts signed into law by President Donald Trump in December. Over 90 percent of middle class Americans will receive a tax cut. The U.S. Bureau of Labor Statistics forecasts total employment will increase by 20.5 million jobs from 2010 to 2020 with the most significant growth in healthcare as the population ages.

“Everything is trending up,” says MC Office of Career Services Director Jim Miller. His office sponsored the program that drew 300 to 400 students between 10 a.m. and 2 p.m.

Miller says companies project to hire more interns and will fill many jobs as graduation nears for the Class of 2018 in May.

Over the next few weeks, the Clinton district will know more about specific openings for next year. MC students are encouraged to watching for openings on the district’s website.

About 62 percent of the teachers, staff and administrators in the Clinton public schools are Mississippi College graduates. “We have a very strong partnership,” Beason said as Clinton’s assistant superintendent Anthony Goins looked on.

Seeking a master’s degree in business administration, Mauricio Quijano, of Brandon left impressed. “This is a very good way to make contacts and meet people,” says the 43-year-old native of Colombia in South America. He made the MPB table one of his stops before touching base with other companies at Mississippi College’s Career Day.