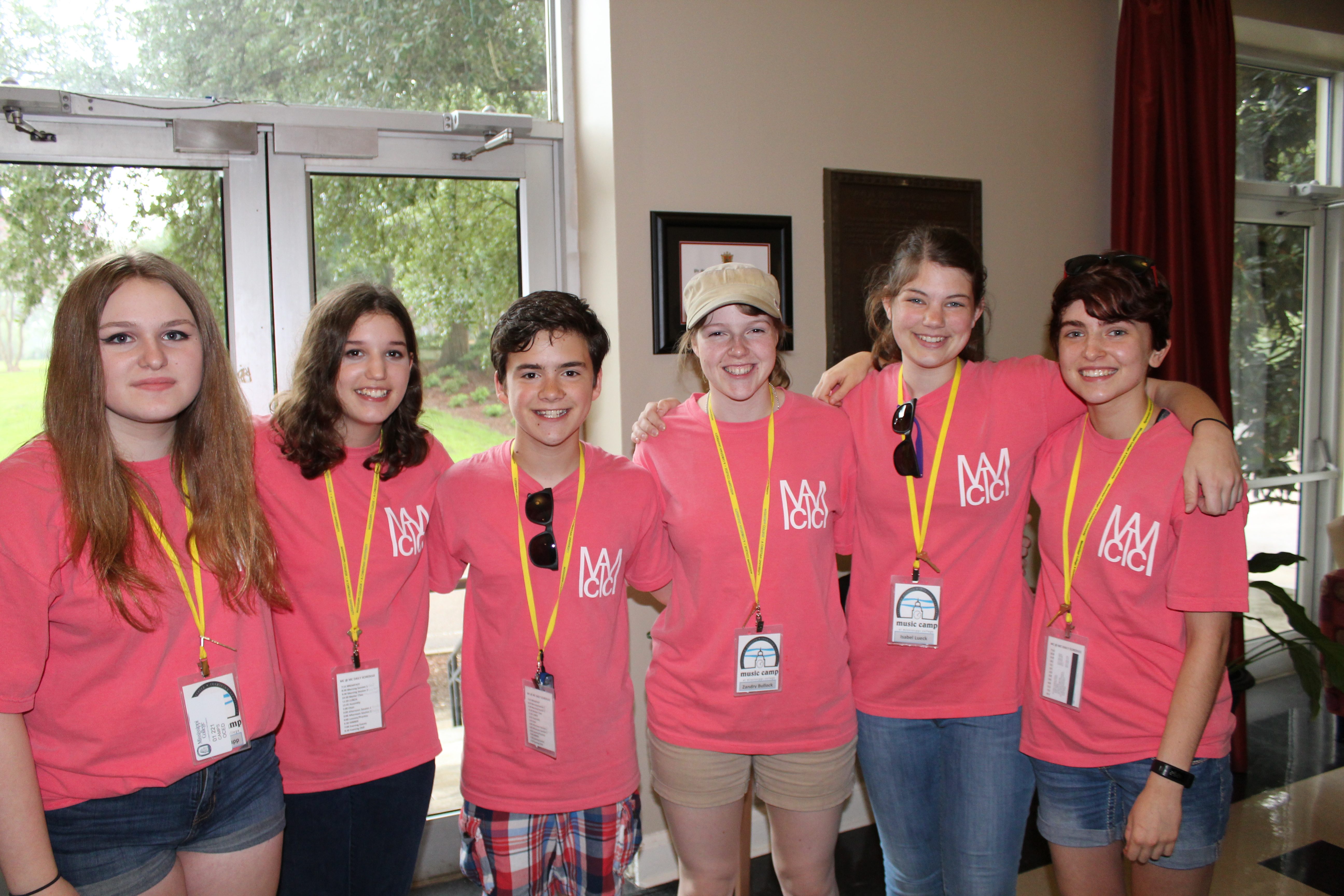 NBC’s “America’s Got Talent” could be a future stop for the half-dozen Clinton teens stepping up their skills at Mississippi College’s summer music camp.

In the TV show’s 12th season, judges like Howie Mandel and Simon Cowell are sizing up awesome performers each week. It’s not much of a leap for MC music campers to get the chance to audition someday and appear on a national stage.

Of the 35 talented young people coming to Mississippi College for a five-day residential music camp, several Clintonians made the short drive to learn.

The 17-year-old daughter of MC history instructor Missy Jones, Gabi seeks to develop her vocal skills. In addition, she wants to get better at playing the ukulele.

Music lovers are familiar with popular ukulele tunes like “Over the Rainbow.” It’s an instrument that works quite well for the daughter of Missy and Paul Jones. “I have small hands, so a ukulele works well.”

A homeschooled student from Clinton, Isabel Lueck, 17, is passionate about improving her performances on the violin. “I like the many tones it makes,” says Isabel, who’s back for a second season at MC summer music camp.

Mississippi College’s music camp in late June is much more than a nice setting to learn from outstanding professors.

“I really like the people – they are so outgoing,” says Landon Maughon, 14, a home schooled student. “I’m making new friends.” At the same time, the Clinton resident is sharpening his talents as a pianist.

MC music camp director Robert Knupp is delighted with the response and the progress the kids are making in a few days.

In recent years, MC music camp leaders tried to sign up as many students as possible. The staff is taking a different approach in 2017.

“This year we intentionally targeted students who show a high aptitude for music,” Knupp said. “Judging by the campers we have this year, we have succeeded in that goal.”

New faces at the music camp include professor Will Bishop. In late August, the University of Memphis graduate will go to work as the director of MC’s new worship leadership program. Will is leading the camp’s worship band.

Campers this year came from as far away as Corinth, New Albany, Oxford, Starkville, Gulfport and Metairie, Louisiana.

Campers in late June formed a band called “Cactus Legs.” The teens make their debut at a talent show at the Jean Pittman Williams Recital Hall. It’s one of the shining moments at the MC Music Department camp until activities begin again next summer.